Car stolen with boy and puppy inside in central Queensland

A four-year-old boy has been abandoned at a fast food restaurant after a vehicle was stolen with him and his puppy inside in central Queensland.

Police said the car was taken from a car park in Gladstone, about 100 kilometres south-east of Rockhampton, just after 10pm on Friday while the owners were locking up a Dawson Road sports complex. 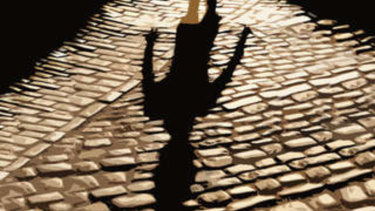 The boy was left alone at a fast food restaurant after he was taken.Credit:Tanya Lake

"The car was turned on and contained the boy who was sitting on the back seat along with his eight-week-old puppy," police said.

The driver picked up a female passenger before leaving the boy alone at a fast-food restaurant on nearby Glenlyon Road at 10.15pm, according to officers.

Police found the abandoned vehicle with the puppy inside on Matson Crescent, about a five-minute drive away, just after 1am.

No one was hurt during the incident.

Anyone who may have information about the incident is urged to contact police.

Arsenal are in talks with 21-year-old former nice defender Sarre
Setien on if Barcelona don't win La Liga: I bear a share of responsibility, but not all of it
Joan Laporta: if I were Xavi, I would never go to Barca under this management
Bayern, Atletico and Everton are Interested in Zaa
Joan Laporta: Messi is the best in history. We must create appropriate conditions for it
Mourinho on Bergwein in reserve: Klopp, Pep and Lampard you ask such questions
Solskjaer on Pogba: he's been great since the restart. When Paul plays like this, you can't help but include him in the lineup
Source https://www.smh.com.au/national/queensland/car-stolen-with-boy-and-puppy-inside-in-central-queensland-20190720-p5292z.html?ref=rss&utm_medium=rss&utm_source=rss_national

The Chicks are back and not whistling Dixie