A 29-year-old Central Coast man has been charged with another 80 child abuse offences after his February arrest allegedly uncovered a national online network of at least nine sex offenders.

Justin Radford was arrested by Australian Federal Police in February following a tip-off from US authorities. 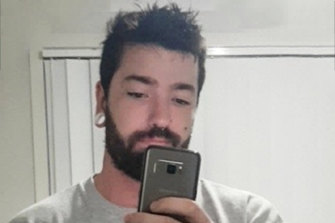 Justin Radford, from Wyong, has been charged with 80 new child abuse offences.Credit:LinkedIn

At the time he was a tape library assistant for Nine Entertainment Co, the publisher of this website.

His Wyong home was raided, electronic material was seized and he was charged with nine offences. He has been in custody since.

Forensic analysis of the devices allegedly revealed an extensive web of alleged child sex offenders across three states, prompting the formation of the AFP-led Operation Arkstone.

Investigators have now charged Mr Radford with a further 80 child sexual abuse offences, including using a child under 14 years of age for the production of child abuse material and sexual touching of victims under the age of 10.

Mr Radford appeared at Wyong Local Court on Tuesday, where he received the new charges, which relate to a child who is known to him. 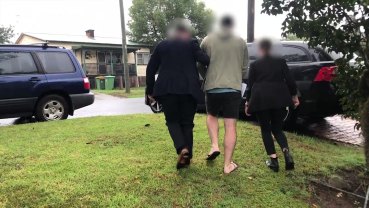 Justin Radford being taken into custody by AFP officers earlier this year.`Credit:AFP

Police will allege material on his electronic devices contained evidence he was abusing the child, recording it and sharing images or footage online with others.

“They had to comb hours of disturbing content looking for clues to find these people allegedly preying on Australian children, to bring them to justice," he said.

"We are continuing to try to identify others who are involved in this disturbing [alleged] network, and hunt them down and unmask them from the anonymity of the internet and put them before the courts.”

In June two men, aged 21 and 26, from the NSW Mid-North Coast were also arrested as part of Operation Arkstone, following a tip from US authorities.

The men were arrested in Old Bar and Kendall. At the time police confirmed the arrests were not related to the investigation into the disappearance of William Tyrrell who went missing from Kendall in 2014.

Another six men from NSW, Queensland and Western Australia have also previously been charged, including a 19-year-old man with 208 offences, including the sexual abuse of five boys.

Operation Arkstone is ongoing and investigators believe further victims and offenders will be identified.

Barcelona's Interest in Isak Increased after Koeman's appointment. Larsson has a high opinion of the player (Mundo Seportivo)
Manuel Pellegrini: When you play against Real Madrid and var, it's too much
PSV and Porto are Interested in Barcelona midfielder PUC. He doesn't want to leave the club
Puyol about Barcelona: If we want to win the championship, we need to perform very well
Schalke sacked Wagner. The team has not won the Bundesliga since January
Iacini on 3:4 with Inter: Even a draw would be an unfair result, given how many chances Fiorentina created
Ramos Pro 3:2 with Betis: the Referee tried his best and didn't do anything intentionally
Source https://www.smh.com.au/national/nsw/central-coast-man-charged-with-a-further-80-child-sexual-abuse-offences-20200804-p55ijz.html?ref=rss&utm_medium=rss&utm_source=rss_feed