A new stop will be added to the CityCat timetable on Friday as Brisbane City Council scrambles to service Kangaroo Point residents who lost their single-hull CityHopper ferry services last week.

The change in river passenger services comes as the council investigates the future of eight old CityHopper cross-river ferries that connected Kangaroo Point and the city. 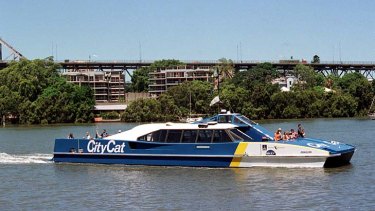 Lord mayor Adrian Schrinner said the addition of Holman Street to the CityCat route would be a short-term change while a review of the council’s old timber ferries continued.

Problems with the timber ferries were observed a fortnight ago.

A network of feeder bus services have been in place for at least week while the safety review is completed. 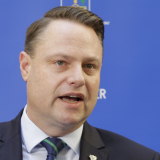 "Kangaroo Point has never had a CityCat service, unlike many other parts of the Brisbane River," Cr Schrinner said.

"Often the cross-river ferries were the only way Kangaroo Point residents could get across the river and connect into the wider network.

"Hopefully by the end of this week we will have those CityCat services stopping at Holman Street."

Cr Schrinner said while Holman Street was not usually used as a CityCat stop, the terminal had been designed to cater for the larger vessels.

The extra stop would mean some possible delays in the CityCat service, he said.

The council’s Labor opposition questioned if the administration planned to retire the older timber fleet permanently.

This was rejected by the lord mayor.

"Any decision that we will make – and any decision we have made on these matters – will be about the safety of Brisbane residents," he said.

"If [the vessels] are determined to be safe, they will all go back on the Brisbane River.

Cr Schrinner said safety of the timber ferries was the guiding principle.

"All of the cross-river and CityHoppers services will be back again, and our position remains that we want to see this as soon as possible, but we will make no compromise on safety," he said.

"In the meantime, we continue the important process of reviewing these vessels and getting these services back up and running as soon as possible."

When the cross-river ferries return, the first will be the Bulimba-to-Teneriffe service.

The small timber ferries, which date back to 1984, were Brisbane’s main river ferry network before Labor lord mayor Jim Soorley introduced CityCats in 1996.

There are now 21 standard and one double-decker CityCats in service.

"It’s important that this is a permanent, ongoing change, and that the mayor commits clearly to keeping the CityCat stop at Kangaroo Point even after the other cross-river ferries are restored," Cr Sri said.

"A CityCat stop at Kangaroo Point won’t just benefit local residents, but also the many workers and visitors who travel into Kangaroo Point," he said.

"This is a massive outcome particularly for local community institutions like the Brisbane Jazz Club, which is located right next to the Holman St stop."

Conte wants to sign Inter Gervinho from Parma
Robertson and Trent contributed 33 goals in the Premier League in 3 years - the best result among defenders
In Genoa, 14 cases of coronavirus after the match with Napoli. Neapolitans play Juve on October 4
In the Premier League had identified 10 new cases of coronavirus. Players and staff isolated
Mane scored for Arsenal. Sadio has 3 goals in 3 Premier League games
Lacazette scored after a mistake by Robertson. The forward has 3 goals in 3 Premier League games
Roy Keane: for Solskjaer, the honeymoon at Manchester United is over, the pressure will grow. Need a trophy
Source https://www.smh.com.au/national/queensland/citycats-step-in-while-kangaroo-point-loses-its-hop-20200804-p55igt.html?ref=rss&utm_medium=rss&utm_source=rss_national

Naya’s ex-husband moves in with sister

'I felt like a small child': Melburnians' mixed reactions to curfew's end

Huawei CFO Meng back in Canadian court fighting US extradition

'Protect educators': One Nation gets academic freedom change in return for vote

Big cheques and big spending needed to get 135,000 people into work

‘How Beautiful He Is!’ Bull Moose Strolls Through Yards in Gorham, Maine

'Slut’: 22yo attacks mum, threatens to slit her throat