If there are two words that challenge my gag reflex, they are fairytale and princess. And let’s just say the last few weeks I have been choking and sputtering aplenty as the "tragic" tale of Diana and Charles' ill-fated royal marriage has been trotted out in a trooping of the colour yet again, this time courtesy of the latest series of Netflix behemoth The Crown.

Now, let’s get this straight, I am not anti-royal despite being a devout Republican. In fact, I think the Queen is a remarkable woman and I won’t be surprised if I shed a tear at her demise in the not too distant future. I am also not so woke as to dispute the validity of any literary genre, despite any sort of deeper analysis of the fairytale narrative revealing it is often riddled with assault (kissing sleeping women without consent), sexism (men the powerful, women the supplicant) and antiquated simplistic notions of gender roles (women waiting to be saved, men doing the rescuing). 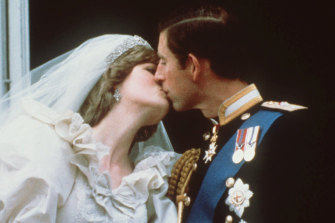 Diana and Charles' marriage was billed as a fairytale until it went awry.Credit:AP

But lately I have been hearing over and over how awful it was to witness a fairytale marriage go so sadly awry with Charles and Diana; how let down the public was that the couple couldn’t make it work; how the notion of happily ever after was so cruelly dashed.

My reply to these notions? Get a bloody grip. Fairytales are just that – fantasy. And the sooner we let go of the notion of happy ever after within the marriage ideal, the better our chance of true contentment.

Yep, I am no dewy-eyed romantic panting in anticipation for a man to come along and complete me. Instead, I am a realist who looks at the statistics showing we are nudging near on one in two marriages ending in divorce in this country, the fallouts of which are blocking our court system and turning innocent children into bargaining chips (bitter about my childhood much?)

I am also a feminist striving for equal rights, pay and respect who won’t suddenly don a white dress implying virginity or be "given away" by another man like a chattel to signify my love. Nor will I yield my surname or be branded with a ring to mark myself as "taken", believing such a compromise of principles a ridiculous precursor to an expected life of equality with another. There is much merit in the adage begin as you plan to continue.

But, more importantly, while I believe in love, I firmly attest that no one in this life can make you fulfilled or "happy ever after" other than yourself. Outsourcing your self-satisfaction is a recipe for a proverbial shit sandwich, one that can leave a permanent sour taste for dreamy idealists, Diana and her imperfect prince a bitter case in point. 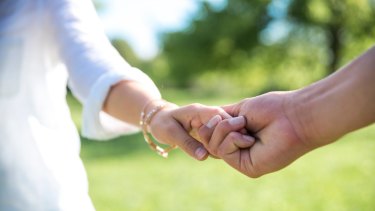 No one person in life can make you fulfilled and give you 'happy ever after'.Credit:Ales-A

Yes, she was a naive, innocent 19-year-old who married a man some 13 years her senior who loved another woman. But the reality is she came with a hell of a lot of baggage to that marriage and so did he. To believe that vows somehow remove such obstacles is ridiculous. Joining another in life doesn't clear the luggage carousel, it just makes it more congested.

But it is not just cynics and commitment-phobes such as myself who see those clinging to a starry-eyed ideal of marriage delusional in this age. Times have changed and choices have opened, with singledom no longer seen as something shameful or sad but rather as an attractive and celebrated lifestyle alternative for a large and ever growing percentage of society. And there is good reason for this. 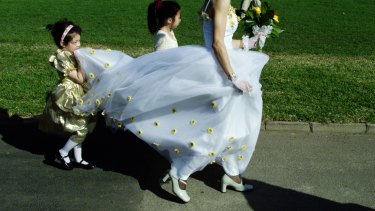 A German study suggests people who married tended to be happier in the first year but over time feelings returned to normal.Credit:Tamara Voninski

Dr Elyakim Kislev, who holds three master degrees in counselling and sociology and is the author of Happy Singlehood: The Rising Acceptance and Celebration of Solo Living, wrote in Psychology Today: "Marriage has been woven into the fabric of society throughout much of history. The idea has been: Find your "soulmate", marry that individual, and you will be infinitely happy. Numerous studies in the 20th and early 21st centuries have glorified and portrayed marriage as benevolent and beneficial to all, and have stigmatised what it means to be single. However, newer studies are proving that married people are not happier and healthier as was previously believed."

One German study Kislev cites found that people who married tended to be a bit happier in the year of the wedding, but eventually their happiness returned to where it was prior. Another study uncovers declines in happiness levels at all stages of marriage and no upturn in happiness levels in later years when we are meant to be grateful to have someone in our dotage. Children, he explains, also don’t contribute to long-term happiness or satisfaction levels according to his extensive research.

"There is a positive effect of companionship, emotional support and sustained sexual intimacy," Kislev writes of some marriages. "However, these benefits dwindle over time."

Look, I am not knocking love, which is intoxicating, wondrous and the absolute essence of our existence no doubt. But a marriage is much more than a wedding and a faith in happily ever after as we have been indoctrinated to believe. And surely it is time we took off the romantic blinkers and realised that's the case before taking the plunge.

But, most importantly, to save a fate like "poor Diana" is to understand that no prince's love can save you if you don't love yourself first.

Barca's debt is 1.2 billion euros. The club wants to postpone loan repayments
Jordi Alba: I understand why people might hate me. I really play hard
Real Madrid will be able to pay Mbappe about 21 million euros a year. PSG will offer the Frenchman a salary of 36 million euros-like Neymar
Udinese sign Fernando Llorente, Cutrone and sell Lasagna to Verona for 10 million euros
Monaco have re-loaned Onyekuru to Galatasaray
Karavaev on the Eredivisie: The fans are used to goals. Even if the team lost 2:3, they are happy
Mourinho on Lampard's resignation: Football is cruel, especially modern
Source https://www.theage.com.au/lifestyle/life-and-relationships/fairytale-relationships-are-often-just-that-fantasy-20201127-p56ih0.html?ref=rss&utm_medium=rss&utm_source=rss_feed