Hearing a most beautiful and hymn-like version of Let It Be sung by a school choir, I delve into the story of Paul McCartney’s song to find out something of its provenance. Apparently, it came to him in a dream about his own mother, Mary, who died when he was 14.

It wasn’t simply a pop song, good as they so often are, but rather a paean to the wisdom of his mother, who stood with him in his own long hours of darkness. Another Mary, the mother of Jesus, pronounced her own Let It Be when she gently acquiesced to the knowledge that she would bear the Christ child. 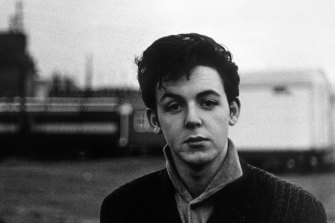 And so many mothers have crooned these three little words, a small verbal balm, when hearts have been broken or dreams shattered or lies told. Their maternal Let It Be has been an invocation to the healing power of time, rather than responding with the raw wound of anger and hurt and striking out blindly in fury or revenge or retreating into emotional paralysis.

Let it be. Almost mantric in their simplicity and instruction, these three small words hold the key to an internal recalibration that unfolds as it should, in its own time and fullness, without the provocations of immediacy and result.

Let it be, though, is not an excuse to hide or refrain from truth-telling or to dwell in the passive-aggressive limbo of indecision. It is not about taking things lying down but discerning if something really needs to be said and done. It is about realising that some things do not really matter as much as we thought they did. It is about maturity and wisdom.

Let it be removes the excesses of ego. Let it be and a burden is lifted; forgiveness seeps into your life when you decide to drop the mean thoughts and small malices and unkind gossip and the tit for tat.

It is a sweet surrender.

The 14th-century anchorite Julian of Norwich had her own saying, all will be well, another almost mantric instruction, with its alchemic collusion with the healing power of time. Perhaps what we receive from these small sayings are source notes for life’s little instruction book.

In these whispered words of wisdom, there will be an answer.

Ann Rennie is a Melbourne teacher and writer.

Griezmann on Messi: I admire Leo, and he knows it. We have a great relationship
Rooney on the possibility of a move to Barca in the 2010/11 season: Thinking about it. Could fit in perfectly
Hooray, in England they will let the audience into the stands again! While up to 4 thousand and not everywhere, but the clubs are happy 😊
Solskjaer about the match with Istanbul: these are the Champions of Turkey, it will be difficult
Gasperini on the nomination for the best coach of the year award: If we beat Liverpool, maybe I'll get a few votes
Julian Nagelsmann: Leipzig want to give PSG that final feeling they are talking about
Tuchel Pro Champions League: Match with Leipzig - the final of our group
Source https://www.theage.com.au/national/victoria/faith-column-let-it-be-a-mantra-for-the-ages-20201022-p567mk.html?ref=rss&utm_medium=rss&utm_source=rss_feed