National Australia Bank executive Andrew Hagger, who faced a sustained grilling at the royal commission over the "fees-for-no-service" scandal, said he took "accountability" for what had occurred on his watch as he left the bank in a shake-up of its senior management ranks.

NAB on Monday said Mr Hagger, who was in charge of its consumer and wealth management arms, would leave the bank after 10 years. Former NSW premier Mike Baird will take over Mr Hagger's responsibilities running the high-profile consumer banking arm, moving from NAB's institutional business. 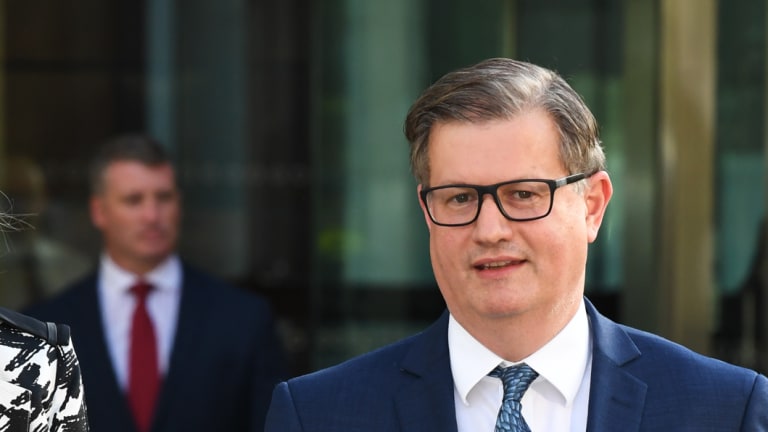 "With the recent bringing together of the wealth businesses under new MLC CEO Geoff Lloyd to prepare for separation from NAB, Andrew Hagger believes now is the right time to leave. We have been colleagues for a decade at NAB, I have valued his long-term contribution and I wish him and his family well as he pursues new opportunities,” Mr Thorburn said.

Mr Hagger acknowledged the problems in NAB's wealth management arm that were exposed by the royal commission last month. These included significant delays in payment compensation to superannuation customers who were charged fees for financial advice where none was provided.

"I take accountability for what has occurred on my watch, and accept that alongside successes were failures, including instances where we did not act with the pace required. I leave NAB with confidence that we are creating a better bank,” Mr Hagger said. 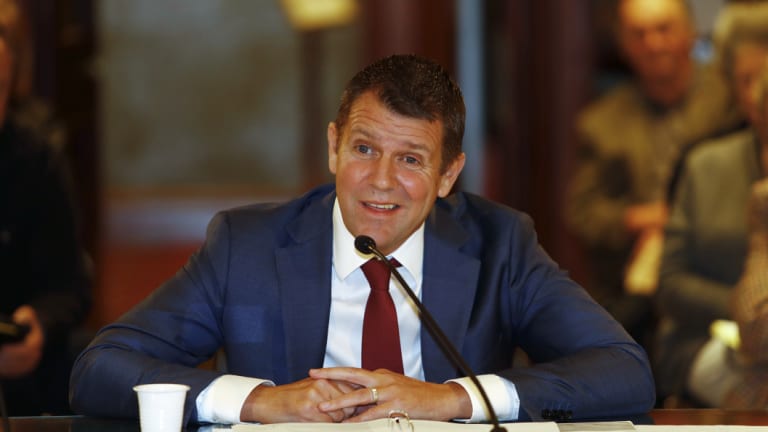 Mike Baird is taking on the high-profile role of running consumer banking.

In his new position of chief customer officer of NAB's consumer bank, Mr Baird will play a leading role in NAB's effort to improve its reputation, which has been damaged by the revelations at the royal commission, as have the brands of key rivals.

It is also promoting Rachel Slade to the position of chief customer experience officer, to replace former executive Antony Cahill, who left the bank last month.

Shaun Dooley has been elevated to the role of chief risk officer, while former risk boss David Gall is moving to replace the position previously filled by Mr Baird leading its institutional arm.

At the royal commission last month, Mr Hagger was quizzed extensively about what the bank told the Australian Securities and Investments Commission (ASIC) about the scandal, and Mr Hagger's evidence came in for harsh criticism from the royal commission's senior counsel in their "open findings" on the superannuation round of hearings.

The submission, published late last month, took aim at Mr Hagger's evidence that in 2016 he had not given ASIC its most recent compensation estimate over the scandal, but had given the regulator the opportunity to find out more if it wanted to.

"Mr Hagger’s evidence that he 'left the door open' for ASIC to ask the question reveals both a disrespect for the role of the regulator and a disregard for the gravity of the events in question,” the submission said.

Borussia have notified Manchester United that they will not release Sancho for less than 120 million euros. There are no other candidates
Agent Hakimi: Zidane is the reason for moving to Inter. He did not call Ashraf, but Conte spoke about the project
Neymar has agreed with PSG that he will be released if Barcelona make an offer (As)
Wigan collapsed under external control. Perhaps all because of the murky betting in the Philippines
Pep on Manchester City's European Cup ban: I'm Sure we will be allowed to play in the Champions League
Defender Athletic Berchiche: Real Madrid have the best squad in the world
Ronaldo scored the 25th goal of the Serie A season (from a free kick!). There have not been such bombers in Juve for 59 years
Source https://www.theage.com.au/business/banking-and-finance/andrew-hagger-leaves-nab-in-executive-shake-up-20180917-p5046z.html?ref=rss&utm_medium=rss&utm_source=rss_business

Giants give hub-bound Hawks a rough welcome to Sydney

Two die after being hit by car near Sydney hospital

Rabbitohs forced to fight for win over battling Bulldogs

Families advised to moderate calls to players in hubs

The toy sales that shot up during lockdown

Nationals and Liberal Coalition is ‘not a marriage’: Matt Canavan

'No explanation': Tigers set to accept four-game ban for Leilua