Hatred not an Origin motivation: Walters

Once again it will be mate against mate ahead of Wednesday's State of Origin opener in Melbourne - but not as we know it.

It may be enough to make the late, great Arthur Beetson turn in his grave but Queensland coach Kevin Walters reckons hatred is no longer a motivating factor in Origin. 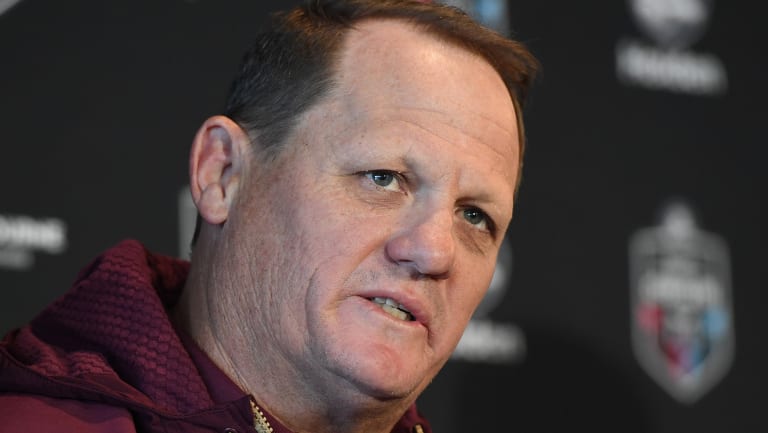 "It's about desire and wanting to win, that's the big thing": Kevin Walters.

The signs were obvious when Walters sat down next to Blues rookie mentor Fittler at their joint press conference at the MCG on Monday.

The pair even began reminiscing about their playing days before a journalist finally asked: "Isn't State of Origin supposed to be about hatred?"

But he quickly added: "The game has moved in a different way around Origin.

"It's about desire and wanting to win, that's the big thing.

"You would have to speak to the players about hatred. We want to win and we will do whatever it takes to win."

The love-in then resumed when Walters was asked about former Blues skipper Fittler, who will make his Origin debut as NSW coach on Wednesday.

"I don't think he's a rookie. He's played something like 300-odd games, how many games did you end up playing - don't tell me you don't know," a laughing Walters said to Fittler.

"Give me the number, c'mon.

"But he has good people around him - in a respectful way, I say Brad will be good for NSW."

Walters kept the bromance going when asked who was the NSW player that was keeping him up at night before Origin I.

"Freddy has always kept me up late, giving me nightmares from our playing days touring together," Walters laughed.

"We had a lot of good times late in the evening I might add."

A jovial Fittler interjected: "C'mon, don't tell them any of those stories".

But Walters continued: "Playing against him, he had a massive right foot step I could never work out - that was a nightmare.

"We have been good friends but the friendship goes on the line on Wednesday night."

Luis Suarez: Our goal is to win the three upcoming matches. We will wait for real to make a mistake
Kike Setien: Barcelona didn't play a great match. Espanyol played well in defense
Andujar Oliver on deletions: Fati went too far in the foot, and the foul on the Peak was even more dangerous, perhaps
Atalanta extended the winning streak to 11 matches, beating Sampdoria-2:0
Milner played his 536th game in the Premier League and was ranked in the top 5 of the League in games played
Barca midfielder Fati is removed in the Derby with Espanyol. He spent 5 minutes on the field
Suarez scored 195 goals for Barcelona and finished third in the club's top scorer list
Source https://www.canberratimes.com.au/sport/nrl/hatred-not-an-origin-motivation-walters-20180605-p4zjh4.html?utm_medium=rss&utm_source=rss_feed

Burgoyne out of Pies clash, Patton to return

Not enough evidence to say Politeness was doped in 2015 Emirates Stakes: stewards

'At your own peril': Penney warns Kiwis off Super Rugby 'isolation'

'It's not acceptable': Bevo unhappy that AFL acted after Clarko's outburst

'A terrific victory': Palace Letters to be released in full next week

'He's back and ready to go': Tigers recall Benji for Souths clash

Public patients to wait longer for elective surgery in Victoria

Get ‘engulfed’ by this $15m sky mansion

Indian filmmakers reach out to Aussies over pandemic divide

Vixens and Magpies want a say in their relocation