I've let my Fitbit rule my life, and that can't be healthy

One of the great philosophical questions of our time is this: if a person goes for a run and there is no Fitbit on their wrist to record it, did it really happen? I have been struggling with this conundrum all week, having been forced to go for a lonely jog without my fitness tracker, which had run out of battery. 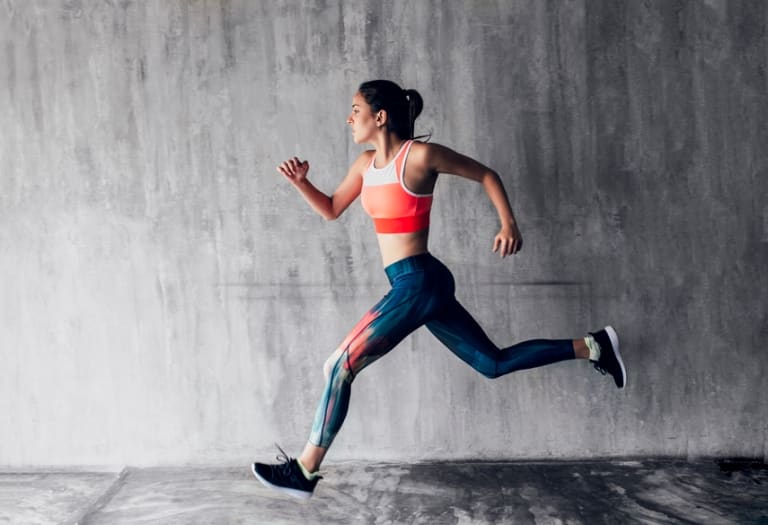 If a person goes for a run and there is no Fitbit on their wrist to record it, did it really happen?

And when I say "forced", I really mean forced - my initial reaction, upon waking and seeing the flashing red light on my Fitbit, was to crawl back under the doona and not bother; after all, what is the point of doing exercise that is not recorded in an app on my phone, for all my Fitbit friends to see?

But my husband said that I was being ridiculous, that I was behaving like an addict (hello!); he told me that if I didn't go for my regular Monday morning run he would divorce me on account of how miserable I was for the rest of the week whenever I missed it.

So I trudged out of the door unhappily, each step around the local park feeling invisible, ignored, unimportant, occasionally glancing at my empty wrist for validation and feeling a terrible stab of pain when I realised there was nothing there but a pale strap mark, a cruel reminder of previous exercise sessions logged.

As I reluctantly jogged around, fitness trackers taunted me from the wrists of other, sportier people, who were already well on their way to reaching their weekly exercise goal. Halfway round, I felt as depleted of energy as my Fitbit; going on seemed impossible, and I was sure I was more out of breath than normal. Was I having a heart attack?

Without my Fitbit to tell me what my heart rate was, it was almost impossible to tell. I would just have to carry on and chance it, or perhaps stop and Google "signs of cardiac arrest in women". Eventually I made it round, alive - but when I got home I had no idea if I had beaten my average time for a 5k, or if I had even done 5k. I felt set adrift in an unfathomable ocean of emptiness with only my instincts for company.And my best friend Martha was already 4,389 steps ahead of me in the Workweek Hustle challenge on my app, all before 7.46am on a Monday.

The Fitbit seemed like a good idea at the time, a way to encourage myself to move more.

But I have realised that it has more of a hold on my body than I do; it can tell me when to have sex depending on whether I do or don't want to get pregnant, and to get up and move if it senses that I have been sitting on my bum for too long. I no longer swim because swimming has no positive effect on my daily step goal, and my interest in my husband has waned significantly since he switched from a Fitbit to an Apple watch. Before that we were so competitive you could have mistaken us for Bjorn Borg and John McEnroe. Now he might as well be dead to me. According to my Fitbit app, he is.

This, of course, brings us back to another great question for the 21st century: is technology empowering us or enslaving us? And how did anyone train for a marathon before the introduction of fitness trackers? Ironically, my Fitbit has probably left me less in touch with my body than before, and the stress of being able to see my resting heart rate has actually raised it.

I could throw the thing away, of course, but then how would I know I'm alive?

Fabregas on the best coaches in their careers: Guardiola, Mourinho and Wenger. The way Jose played with my mind was unbelievable
Napoli will extend the contract with Gattuso until 2023
Henri knelt for more than 8 minutes in the first match in charge of Montreal, honoring the memory of George Floyd
Kalu moved from Herta to Botafogo
Goalie of the banner of Labor, who was hit by lightning: everything is good at the moment. Back soon
Ole Gunnar Solskjaer: I Think it was a penalty against Aston Villa
Philadelphia played in t-shirts with the names of black people who died at the hands of the police
Source https://www.smh.com.au/lifestyle/health-and-wellness/i-ve-let-my-fitbit-rule-my-life-and-that-can-t-be-healthy-20180916-p5043p.html?ref=rss&utm_medium=rss&utm_source=rss_lifestyle

Wondering about 'sonder'? A word for our times

Plotlines: fear for the tropics

If the NRL wants to change the world, it must separate education from punishment

'Not necessary': US killing of Qassem Soleimani was unlawful, says UN expert

'It makes it all worthwhile': NRL's most selfless partner on months of isolation and a five-try reward

On my mind: Kerry Armstrong

Big week for trio as trainers take the reins