The NSW government will appoint a 24-Hour Economy Co-ordinator General as part of a new strategy to revamp and bolster Sydney's nightlife, and aid the state's recovery from COVID-19.

Announced last week, the co-ordinator's job is to "champion the sector across government", bring together councils, industry and other stakeholders and accelerate Sydney's development into a proper 24-hour global city.

But who is the right person for the gig? The Sun-Herald asked around town for some suggestions. 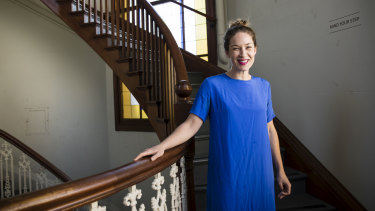 JESS MILLER
City of Sydney councillor Jess Miller was one of the youngest people to hold office at the City of Sydney when she was elected in 2016, aged 32, as part of Clover Moore's team. In her time on the council she has focused on enhancing the night-time economy, working closely with musicians, artists and small bar owners.

The Solotel CEO says the whole hospitality industry is hanging on who the government will pick. "It's a changemaker and it's the plum job of the year. The expectations the industry will have on that person are going to be pretty high. We'd like a night owl, someone who likes to stay up late."

CRAIG LAUNDY
Last year Craig Laundy walked away from government, giving up his federal seat of Reid after a bruising term which saw his best friend in politics, Malcolm Turnbull, removed from the highest office in the land. 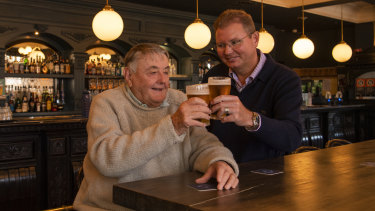 Laundy ticks a lot of boxes: he's the son of pub baron Arthur Laundy, whose family owns dozens of Sydney venues. And he's a card-carrying moderate Liberal who can dance with the powers-that-be.

He says - perhaps cheekily - that he'd walk away from his hotel empire tomorrow to help fix the city's nightlife. "I think it's that important, and has been neglected for far too long," he says.

"I am sick and tired of Victoria and Queensland historically having the jump on us when it comes to the late-night economy. And I can't think of any better time to take the momentum back given that both of those two states are shut." 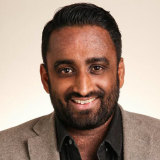 MICHAEL RODRIGUES
As chair of the Night-Time Industries Association, Michael Rodrigues was instrumental in the push to wind back the lockout laws and promote a diverse late-night economy. His other job - managing director of Time Out magazine - is all about showcasing Sydney to its residents and visitors.

He'd be a bold choice for a government job, but Rodrigues is certainly open to the idea. "I've got a passion for Sydney and for seeing the strategy come to life," he says. "Irrespective of whether it's as Co-ordinator General or not, that's what my ambition is. It's sort of my brand."

Rodrigues says the architecture of the government's strategy is sound but it needs to be matched by a good slab of money. "Anyone who's serious about it would be asking: who's the minister, what are the resources, who are the staff and how would you be supported," he says. 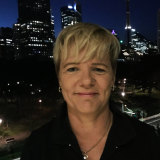 LIBBY HARRIS
An obvious contender for the role would be the City of Sydney's Night Time City Manager, Libby Harris. Her background is in public safety and major events, including the Sydney Olympics, but recently her career has revolved around strategic planning in the night-time economy.

Widely respected in the industry and government, Harris was born and bred in Sydney, and has resided in the inner city for 25 years. She is now driving the City of Sydney's outdoor dining pilot program, a response to the coronavirus pandemic designed to open up the streets and footpaths to diners and drinkers.

She's a behind-the-scenes fixer, which could be just what the chef ordered for the Co-ordinator General's role.

JUSTIN HEMMES
He's the billionaire Merivale owner behind the Ivy complex, Coogee Pavilion, Totti's, the Beresford and dozens of other Sydney venues. Justin Hemmes is synonymous with entertainment in this city - could he take a break from his empire for a job in the bureaucracy?

It's pretty unlikely. But there's no doubt Hemmes knows how to get Sydneysiders off their couches and into bars and restaurants. He has a skilled eye for predicting and sculpting the city's changing tastes. 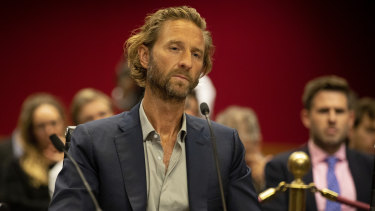 Hemmes' testimony to a parliamentary inquiry last year was pivotal in drawing attention to the failures of the defunct lockout laws; he memorably told politicians the laws had stopped Madonna from entering her own after party.

Just on Friday he was at the government's Sydney Summer Summit, pressing the need to steer the CBD back to life. "We need to get people back into the city, back at work," Hemmes said. 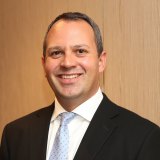 James Hulme, director of advocacy for the Committee for Sydney.

JAMES HULME
Man about town James Hulme is a fixture at functions for the city's interest groups, including his own Committee for Sydney, where he is director of advocacy.

The Committee is a strong advocate for revamping the city's after-dark economy and helped design the government's strategy, which chief executive Gabriel Metcalf called "one of the most detailed and comprehensive nightlife plans ever compiled for a city".

Before that, Hulme worked in government, managing relations between CBD businesses and Transport for NSW - good preparation for navigating the intricacies of the state bureaucracy.

Sandro Tonali: Milan on the crest of a wave. The Rossoneri shirt is pressing, but I'm getting in shape
Kadyrov's adviser hit the judge in the groin, and his son was dismissed from Akhmat and banned for three years. At first they all denied
AEK Carrera lost both matches in the Europa League with a total score of 1:5
Stefano Pioli: Milan have not achieved anything yet. The season is long, we will face difficulties
Mourinho 0:1 with Antwerp: the Best team won and the worst team lost
Bale did not make a performance in his first three games for Tottenham. He hasn't scored since January
Father Courtois: Keylor Navas was not a good teammate. When he left for PSG, everything became easier
Source https://www.theage.com.au/national/nsw/it-s-the-plum-job-of-the-year-who-should-be-sydney-s-24-hour-economy-tsar-20200917-p55wgz.html?ref=rss&utm_medium=rss&utm_source=rss_national