In 2006, he received the Bell award for best classic jazz album that year, Live at Umbria Jazz ’05. His work as a studio pianist in film soundtracks can be heard in Australian movies such as Babe, Phar Lap and The Sound of One Hand Clapping.

Given that he has been described as one of the best jazz pianists in the world, it is no surprise that Melbourne musician Joe Chindamo has been recognised on this year’s Queen’s Birthday Honours list with the Medal of the Order of Australia for his contribution to music and the performing arts. 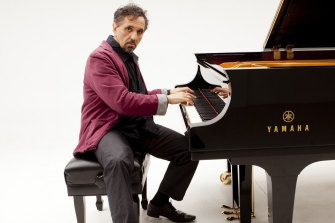 Jazz musician Joe Chindamo has been awarded the Medal of the Order of Australia.

The multi-award-winning artist is the eldest son of Italian immigrants. He began playing the accordion at age six, a decision that led to a remarkable career composing concertos, chamber music and film music.

Chindamo has performed concerts internationally, most notably at the Umbria Jazz Festival, the Tokyo Dome and the Lincoln Centre in New York. He has recorded and produced 20 CDs and toured with US drummer Billy Cobham.