Insurance giant Medibank will pay $5 million in penalties for violating Australian Consumer Law after nearly 1400 claims from its ahm customers were incorrectly rejected.

Medibank falsely advised 849 members with its budget subsidiary ahm’s “lite” or “boost” policies who had lodged claims or enquired about their coverage, that they were not covered for joint investigations or joint reconstruction procedures. 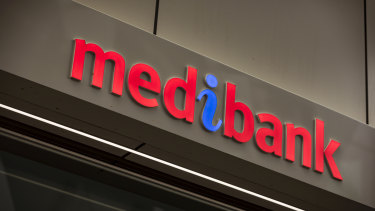 Medibank is one of Australia's largest health insurers.Credit:Chris Hopkins

"These representations were made for more than five years in many cases, and affected hundreds of customers who were denied the cover they were entitled to under their existing Medibank policies for joint procedures that they required."

The company self-reported their conduct to the ACCC in August 2018 and has since notified about 130,000 current and former policyholders, inviting them to make a complaint or seek compensation.

By mid-June, Medibank had paid more than $775,000 in compensation to 175 affected members, including some who upgraded their policies unnecessarily based on the false information.

They've also told the ACCC that the company will contact roughly 670 policyholders who have not already taken up the compensation offer, and provide them with a further chance to claim - as well as giving them a one-off payment of $400.

“Businesses who self-report breaches of the Australian Consumer Law are not exempt from ACCC enforcement action, but the penalties ordered by the court will take their cooperation into account,” Mr Sims said.

Across its Medibank and ahm brands, the company is Australia's second-largest health insurance provider, behind Bupa.

According to the latest statistics from the Australian Prudential Regulation Authority, nearly 14 million Australians are covered by some form of private health insurance.

The industry held total assets of $15.4 billion as of April this year.

Manchester City are confident that Aguero will stay for another season, despite the Interest of Independiente
Willian agreed a 3-year contract with Arsenal. Salary-100 thousand pounds a week
Sanchez signed a contract with Inter until 2023. The club signed him for free
Arsenal players are against the dismissal of 55 employees of the club. The team took a pay cut to save the staff
We talked to the football player Tsiskaridze: he ate a dragonfly, knows 7 languages, is in shock from Makhachkala, travels the world and is just happy
David Silva is close to moving to Lazio. The club offered the 34-year-old midfielder a 3-year contract with a salary of 3 million euros per year
Roma announced the sale of the club to Friedkin for 591 million euros. Today the team plays with Sevilla in the Europa League
Source https://www.smh.com.au/business/consumer-affairs/medibank-fined-5-million-for-misrepresenting-benefit-claims-20200716-p55cu4.html?ref=rss&utm_medium=rss&utm_source=rss_business

Kosciuszko hope Fender could be one in a million

Less than half of vocational loans to women would be repaid, research shows