The new chief of the health centre which operates Melbourne’s controversial safe injecting room has vowed to listen to the “legitimate concerns of the community” and consult with those affected.

The Sunday Age can reveal Patricia Collocott has been appointed as chief executive of the North Richmond Community Health centre, which will run a three-year extension of the injecting room trial. 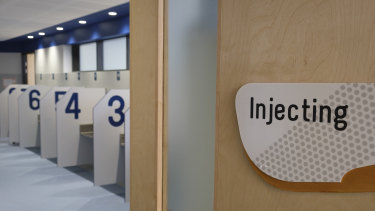 Inside the safe injecting room.

The Victorian government has also announced a second injecting room will be established in the city – with the preferred site opposite the Queen Victoria Market – to take pressure off the North Richmond facility.

“We believe it is the right location and the right service for us to be providing," Ms Collocott said.

A group of residents had pushed for the injecting room to be moved, raising concerns about heroin dealing and antisocial behaviour around the centre and its location next to a primary school. 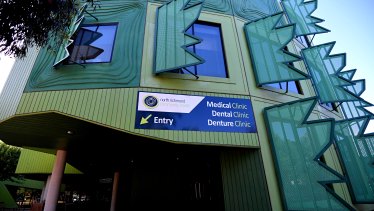 They claimed some people were now too scared to access the other services North Richmond Community Health provides such as maternal and child health and GP appointments.

“Certainly I think we need to recognise those legitimate concerns of the community and liaise with them around how we create a healthier community but make it a safe environment as well,” Ms Collocott said.

An independent review of the injecting room trial, which began in June 2018, found it had saved at least 21 to 27 lives in the first 18 months. There had been no deaths in the injecting room, despite 271 “extremely serious” overdoses.

However, it found that amenity in the area had not improved and there had been “some reduction” in people using other services at the centre.

The review said the 2018 Victorian Healthcare Experience Survey reported that 56 per cent of North Richmond Community Health clients felt safe coming to the centre, which compared with other similar services that averaged in the mid-90 per cent range.

Support for the injecting room in North Richmond had reduced for residents (from 61 to 44 per cent) and businesses (48 to 41 per cent) over the first year of the trial.

The review’s recommendations included that the injecting service be proactive in engaging and communicating with the local community.

It also recommended a greater emphasis on “place management” - including in the vicinity of the injecting room - with a clear understanding among staff and drug users that disturbing and antisocial behaviour would not be tolerated.

Ms Collocott said all the recommendations had been accepted.

Her top priority in her first 60 days would be to consult with all stakeholders about their concerns and also “share with them the good stories of what we do and how we do them”.

This would be done through a community newsletter, town hall-style meetings and information sessions. 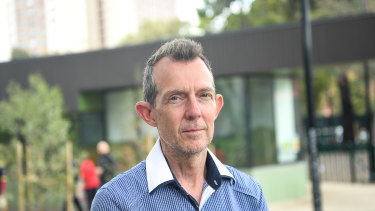 David Horseman, a spokesman for a residents committee in Richmond.Credit:Justin McManus

David Horseman from the Medically Supervised Injecting Room Residents’ Action Committee said the main thing residents had called for was more active policing around the centre.

“This is not something that North Richmond Community Health can directly do anything about and it is in contradiction to the model that requires passive policing for the injecting room to be used,” he said.

“Therein lies the conundrum and why it is a struggle to identify anything else North Richmond Community Health could do while the injecting room remains where it is,” he said.

Hans-Dieter flick: I will Understand if Tiago wants to play in the Premier League
Kike Of Setian: I didn't think that the match with Napoli could be my last in charge of Barca
Where the Champions League left off: Sarri risks being relegated from Lyon, while Real Madrid will face city
Josep Bartomeu: Messi is the best player in history. He wants to stay at Barca
Ex-Director of Valencia on the transfer of Ronaldo: in 2006, the club agreed with his agent and sponsors, but the deal did not take place
Klopp, Lampard, Rodgers and Wilder claim the award for the best coach of the Premier League, Pep-no
The authors of Showsport choose the winner of the Champions League: Chernyavsky - for Leipzig, Muiznek believes in real 🤪
Source https://www.theage.com.au/national/victoria/new-ceo-pledges-to-consult-with-locals-over-injecting-room-20200704-p558za.html?ref=rss&utm_medium=rss&utm_source=rss_national

Staff walk out of Kmart warehouse over contact tracing fears

'Be generous': Employers seek help from Andrews to survive shutdowns