No chance to be lazy at new Baby Su

It’s half an hour before opening time on the second day of trading and already customers are rattling a door handle that’s still locked.

“We’re open at 12,” service manager Andrew Duong mouths through the window, a couple of people wander off, but a few take a seat on the bench outside which faces Alinga Street, more than happy to wait for their lunch.

He gathers the staff for a briefing, explaining how it all works: the menu, where to put both takeaway and eat-in customers, who’s responsible for what. There is a slight pre-service tension in the air. 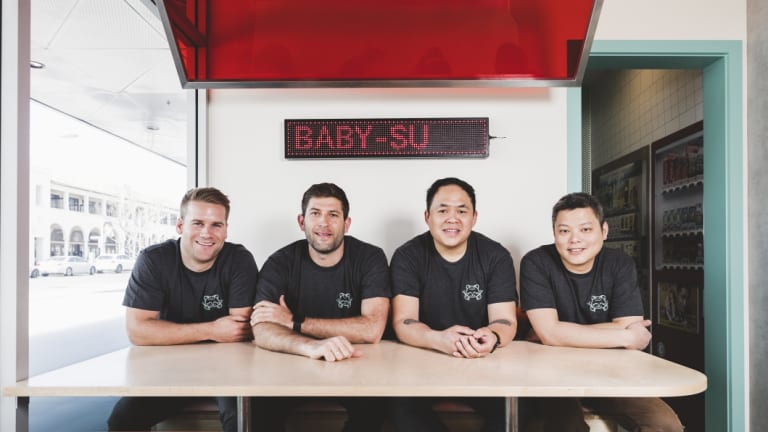 There’ll be no chance to be lazy at Baby Su, that much is guaranteed.

The brainchild of the team behind Braddon’s Lazy Su, Baby Su, on the corner of Alinga Street and West Row in the Mayfair building, is the latest addition to the No Name Lane precinct, opening from noon til 10pm seven days a week.

With glowing red neon, the quirky lucky cats, peach, pink and green notes, a pumping soundsystem and friendly staff, it’s already exuding the same vibe that has made Lazy Su such a success.

And that’s a big part of the reason why co-owners Duong, Jared Calnan, Ben Ilic and chef Shao Yi Kuek took the chance on this new quirky diner.

“The concept of Baby Su came from feedback from customers at Lazy Su,” says Calnan. 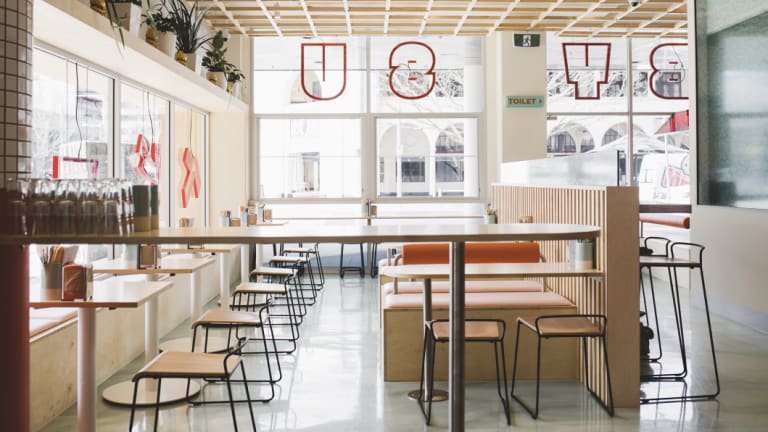 There's a funky vibe to the latest venture from the team that brought you Lazy Su.

“They were saying why can't you guys do takeaway and delivery and have a place we can go out in our trackpants and ugg boots and still get the same food.”

The always had plans to do delivery from Lazy Su but soon realised the kitchen would be too busy to cope with more. They talked about finding a kitchen hidden away in Braddon somewhere that would just do delivery but that wasn’t the solution either.

“We started to think about lunch as well and started looking closer to the ANU and when we found this spot it was perfect.”

The menu reflects the Pan-American-Asian flavours that are a trademark of Lazy Su. You can get a few favourites, the Wagyu cheesesteak springroll ($6), as are the Bao-gers and the Fried chicken is “done in a different way”, says Calnan, “but we had to have it on the menu here”.

There’s also a range of new bowls, noodle soups and rice bowls, and a matcha and white chocolate craquelin cream puff if you know it’s going to be a long afternoon at work.

Or try a Lucky Pack ($17) with your choice of Boa-ger, some waffle cut fries, a fried chicken drumstick, with the option of a “tap softie” in lychee or passionfruit flavours.

Indeed, the drinks menu is a great one. There’s four beers on tap, including a Capital Brewing Summit XPA, a good range of packaged beers, including some Asian ones, and spirits and highballs and sake. 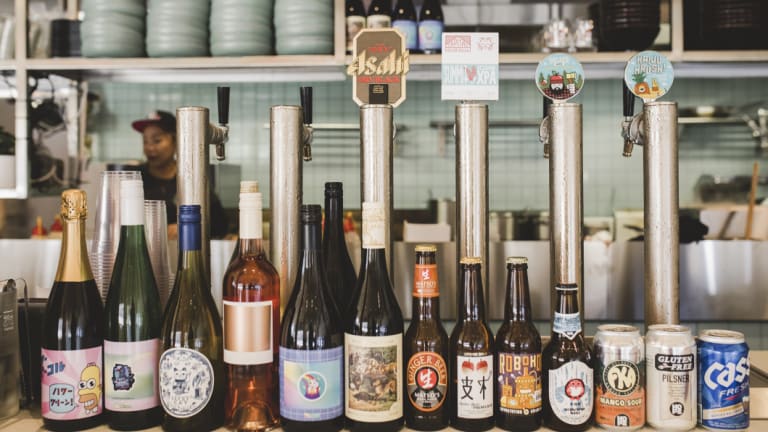 The drinks menu is a great one, and it will surprise you, from beer on tap, to special edition wines from Nick O'Leary.

Nick O’Leary has helped the team with a couple of signature wines, a Mr Roboto Riesling and a Pinot “Meow” Noir. There’s also a Nick Spencer rose.

While the whole concept of Baby Su is about that quick and casual dining, this team knows how to create a venue where you would want to hang out. And if it is in your trackpants and uggs, what could be more perfect.

Sterling on the record for goals in a season: we Want to win the Champions League and the FA Cup, otherwise they won't mean anything
Sheffield will finish the Premier League season without defeats from clubs from London. 22 points in 10 games and 5 home wins
Bonucci on Juve's draw with Atalanta: We must look at the result. This is how Championships are won
Sterling surpassed Yaya Toure to become Manchester City's 2nd goalscorer in the history of the Premier League
Gasperini on two penalties for Juve: They are above any rules in Italy. Did we have to cut off our hands?
Sarri Pro 2:2 with Atalanta: We played with one of the best teams in Europe right now
Pep Guardiola: Manchester City have won a place in the Champions League on the pitch. I hope that UEFA will allow us to play
Source https://www.theage.com.au/national/act/no-chance-to-be-lazy-at-new-baby-su-20180912-p503aj.html?ref=rss&utm_medium=rss&utm_source=rss_feed

Bob Peters' stars in Victoria ahead of spring assault

Sending it to Salem helps Dees turn woes around

'Natural reaction might be to hold back': Parents ponder extra year of kinder

Lin-Manuel Miranda and Disney: Timeline of a Collaboration

Aussie champion floored in first round

‘That was ridiculous’: UFC carnage panned

'An amazing young woman': Volunteer recognised after 18 years of work

Expats not asking for a free ride, we just want to come home

Patton out for a month with hamstring injury

McDonald sent to hospital but could still play next week

'Best of the season': Whales perform 'every trick in the book' off Sydney Harbour

'Change is as good as a holiday': Dons embracing hub life

Disembarking in a deeply divided America

'Almost certainly': Tudge all but guarantees pathway to citizenship for Hong Kong residents

‘A DANGEROUS TIME’: Victoria records another massive rise in cases

'We are definitely at a crossroads in NSW': State records five new cases

Students to return to remote learning in parents' winter of discontent

'Not from this world': Rain master Hamilton storms to Styrian GP pole

From the Archives, 1952: Suburbs awash as deluge drenches Melbourne

All about that bass player

Bushwalker dies after falling off cliff at Mount Barney