HE has run lingerie restaurants and a controversial nudist retreat, but the time has come for Rainer Mueckenberger to hang up his hat. Somewhere. Rainer Mueckenberger in all of his glory

But not before the 71-year-old revealed some of the lesser known truths of the clothes-free way of life he has been practising since he was a teenager.

Looking back on his time at the retreat, Mr Mueckenberger said there had been many highlights but nothing trumped seeing a loveless couple rekindle their physical connection.

"(A) sex life is extremely important. I feel very privileged and happy to have been able to help some people get back together again and maybe even perfect their love life," the German businessman said.

The resort owner, who built what he calls "paradise" after being inspired by a dream, said being naked is the only way people come together as equals.

He said that while there was "absolutely zero pressure" for guests to remove their clothes during their stay, it was nicer if everyone was in "uniform" - meaning naked of course.

"Some women will sit around with a sarong on, and then they go in for a swim naked," he said.

"When they come out they say, 'I am naked, this is fantastic. Why didn't I do this 20 years earlier?". The nudist retreat is surrounded by bushland

The seven-foot fence and luscious hinterland backdrop give the shier guests the opportunity to de-robe and immerse themselves in this new world. 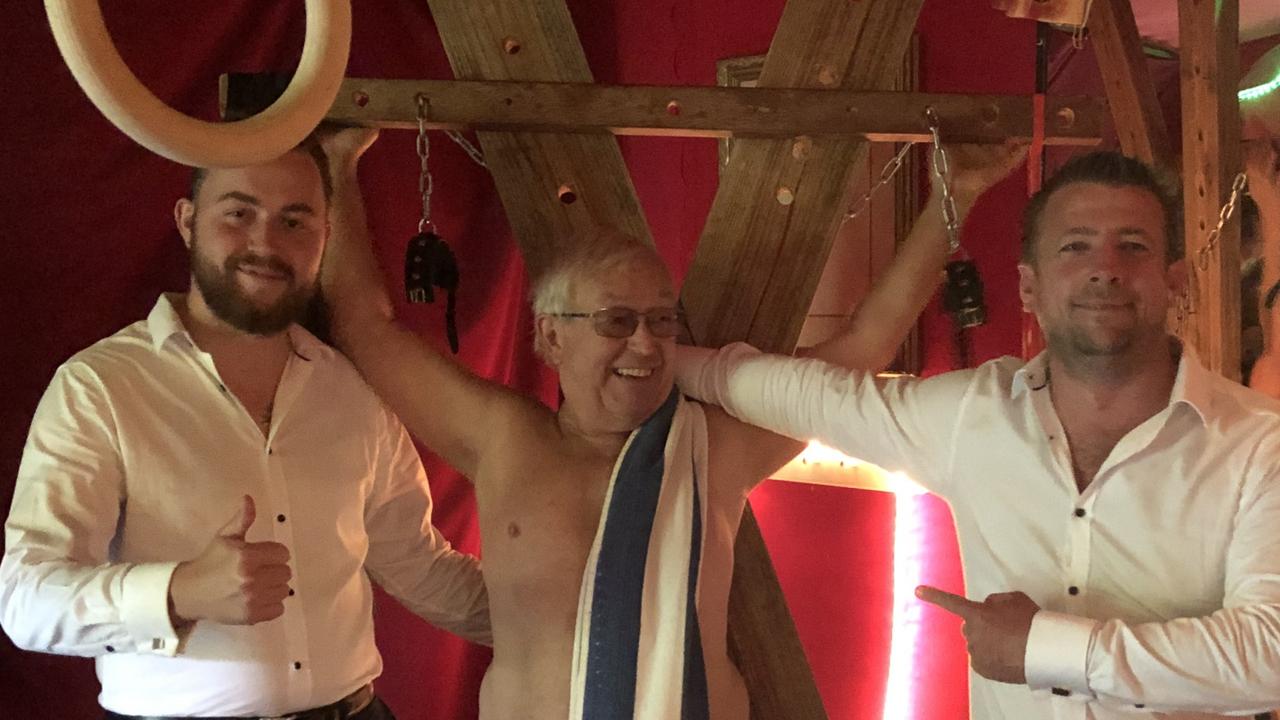 Harcourts Noosa agents Jeremy Krieger and Clint Jensen went above and beyond to land the listing, wearing nothing but their birthday suits to the pitch

Complete with lights that turn off and on with the human voice, a spa bath with bubbles that reach the ceiling and plenty of convenient ropes, handles and oils, The Cave is not for the faint-hearted.

"Here everything is confidential. It's safe, secure and private," Mr Mueckenberger said.

"Whatever you want to do here you can, as long as it is adult consenting activities." 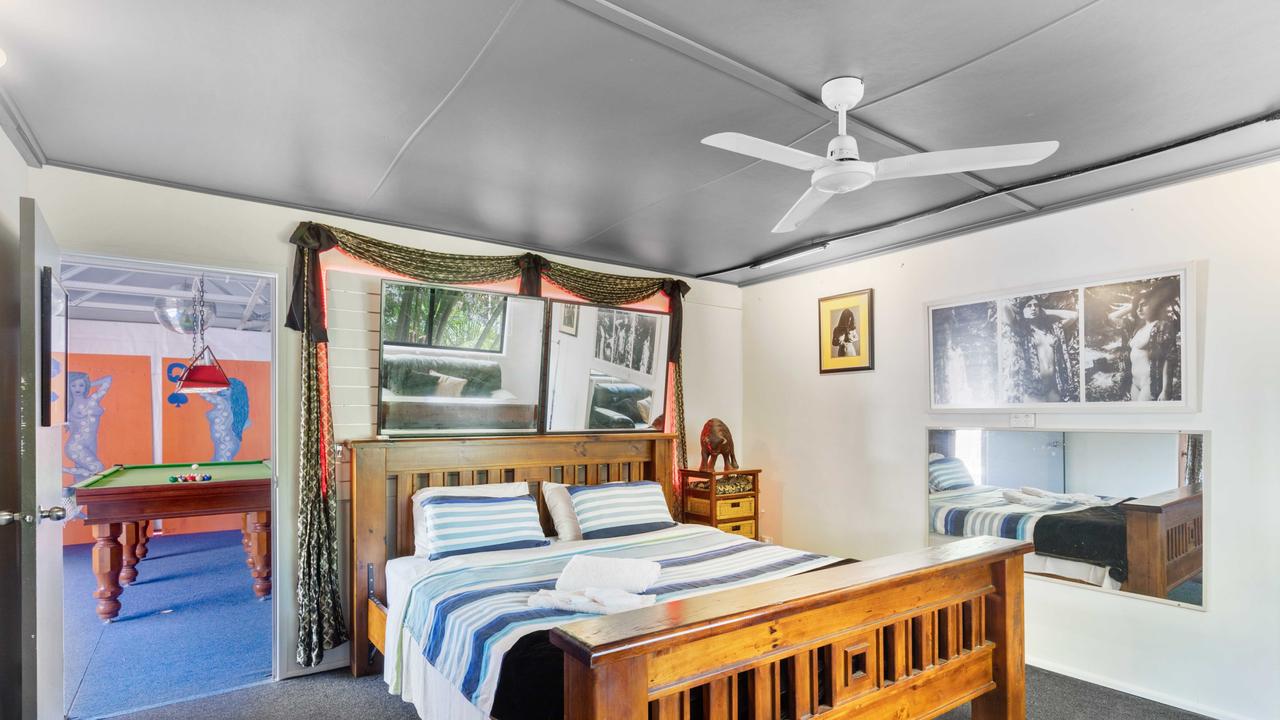 If these walls could talk …

When it came time to talk about the types of people who attend his clothes-optional establishment, Mr Mueckenberger remained tight-lipped.

"It doesn't matter whether they are police officers, teachers, or people from the government, once you are naked we are all the same," he said.

"We have various nationalities who, in their home country, are most probably prohibited to be nude in a public place, so they want to try it at my place."

While he wasn't about to name drop, Mr Mueckenberg said there may have been the odd famous face at his resort who showed off more than just their autograph.

"I think I have had a few famous people," he said.

"It is just my nature, the more famous they are the more I ignore them."

As he prepares to sell his much-talked-about resort and property, the optimistic business owner was excited for whatever challenge was thrown at him next.

"People ask me, 'how can you leave the paradise?'," he said.

"I have so many more plans, the universe is telling me I have so much more to do."

The property will be marketed by Harcourts Noosa agents Clint Jensen and Jeremy Krieger, who attended the final, and successful, pitch for the listing in their birthday suits. 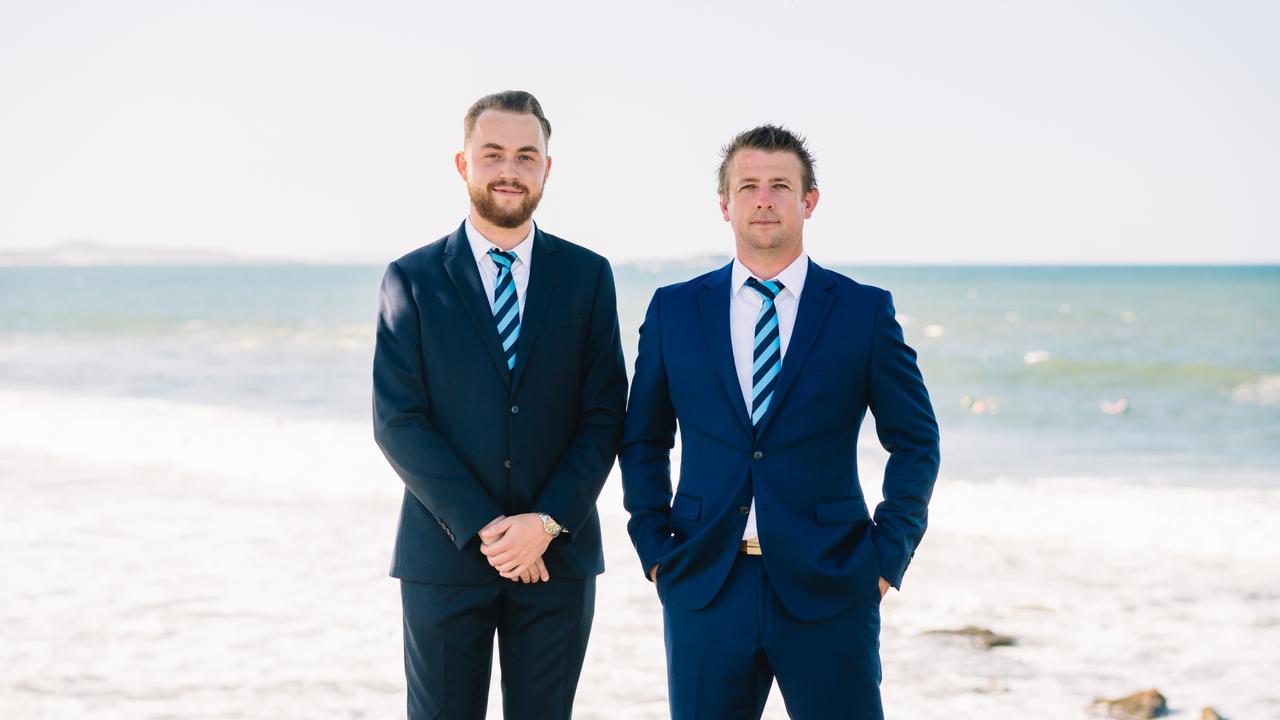 How the best mates dress on a normal day at work

"Jeremy and I were prospecting (for listings) on Gumtree when the ad for this (the nudist retreat) came up and we thought f*** it, this sounds like us," Mr Jensen, a self-proclaimed exhibitionist, said.

"So we turned up at the property, not naked this time, but the owner was (naked) as were six or seven people who were just floating around the place.

"The second time we went out he said we would have to be there in the nude if he was going to sign the paperwork so yes, we made that promise.

The property will go under the hammer in an online auction on November 6.

Messi scored in the 16th consecutive Champions League season and repeated Giggs' record
Bruno did not score a PSG penalty at the first attempt, but the referee asked for an Interruption due to Navas' exit from the goal line
Koeman is the fifth coach to manage 6 teams in the Champions League
Messi is playing his 17th season in the Champions League for Barcelona. This is a club record
Pirlo is the 3rd coach in the history of Juve to win a debut away match in the Champions League, after Capello and Lippi
Georginho Wijnaldum: Pickford went for an idiotic tackle. In matches with Everton, this often happens
Cech is included in Chelsea's Premier League bid. He ended his career as a player in the summer of 2019
Source https://www.sunshinecoastdaily.com.au/news/nudist-retreat-owner-reveals-all/4111066/