A man has died in central Queensland and five people have been injured – one seriously – in the Gold Coast hinterland, in separate crashes overnight.

The 57-year-old man died when his 4WD left the Bruce Highway at Yaamba, north of Rockhampton, and rolled around 10.30pm on Saturday. 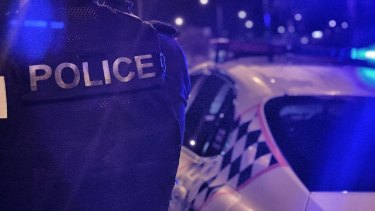 A man was killed and another person seriously injured in separate crashes overnight.Credit:Queensland Police Service

Paramedics attended but the Rockhampton man, who was the only person in the car, was pronounced dead at the scene.

Meanwhile, a man was seriously injured after a police chase at Ormeau early on Sunday morning.

Police, who were called to the area around 1.15am after reports of cars hooning, attempted to intercept one vehicle, which police say left at high speed.

Officers caught up with the vehicle and another car, which had both rolled into a creek bed.

Five people were removed from the two cars, with one taken to Princess Alexandra Hospital in a serious condition and another four to Gold Coast University Hospital with minor injuries.

The Forensic Crash Unit and the Ethical Standards Command were investigating.

Everton and Liverpool in the top 2 at the end of the round in the Premier League for the first time in 27 years
Arteta about 0:1 with Leicester: I Don't know why the hell our goal was canceled. It is difficult to create space when 10 people are sitting behind the ball line
Rodgers on 1-0 with Arsenal: Leicester deserved to win. Vardy is a world-class player
Juve without Ronaldo could not beat Verona and Crotone in Serie A
Vardy has scored 11 goals in 12 games against Arsenal in the Premier League. Only Rooney has more
15,000 Teddy bears were planted at the Heerenveen match as part of a campaign to fight cancer. Toys sold for 230 thousand euros
Adidas and Pharrell Williams have reinvented the old forms of Real Madrid, Arsenal, Manchester United, Bayern Munich and Juve. The design is hand-made and celebrates imperfection
Source https://www.theage.com.au/national/queensland/one-dead-one-injured-in-separate-queensland-crashes-20200920-p55xc0.html?ref=rss&utm_medium=rss&utm_source=rss_feed