The pandemic sharemarket volatility holds no fears for some IPO hopefuls with Aussie Broadband confirming it expects to be announcing details of its public listing within weeks.

Aussie Broadband managing director Phillip Britt said the company has applied to the Australian Securities and Investments Commission (ASIC) to being pre-marketing the initial public offering is being planned for the current half year.

“I can say later this year," said Mr Britt. "There’s an ASIC release we’re waiting on before we can talk about it.” 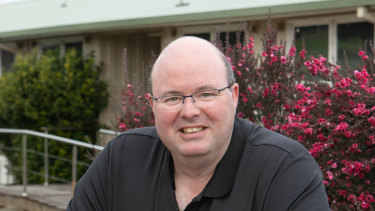 The company is in much better shape than it was last year when the company last considered an attempt to publicly list on the ASX.

Aussie Broadband, the fifth largest broadband provider in Australia, reported a near doubling in revenue for the year ending June 30, 2019 to $101.7 million and reported a loss of $510,000.

In recent briefings for potential investors, the company said broadband customer numbers have now topped 250,000, up from130,000 when the company did a $25 million pre-IPO raising with Shaw and Partners.

COVID-19 has proved a boon rather than a hindrance to the company's business which means the pandemic has not rattled its plans for a public listing.

According to a recent report from professional services firm EY, Australian and New Zealand IPO activity fell 41 per cent by volume and 82 per cent by proceeds during the first half of 2020 compared to 2019.

The EY report said local and global IPO market is expected to improve in the current half year, especially for sectors like tech which have done well out of the pandemic.

"The COVID-19 time has been particularly good for us in that - I hate to say it when there are so many other businesses doing it tough - but obviously a lot of people have wanted NBN services during that time," said Mr Britt.

Aussie Broadband has also benefited from having its call centre operations onshore which means it has not been caught out, like other carriers, which have had overseas based call centres closed by the pandemic.

"Because we’re a 100 per cent onshore operation we’ve been able to take advantage of that and help people when they’ve needed it,” said Mr Britt.

And in a sector dominated by the big four, Telstra, Optus, TPG and Vocus which control 92 per cent of the market, Mr Britt said Aussie Broadband is expected to take part in consolidation among the 190 smaller players and build on its 3.4 per cent market share.

The completion of the NBN build last month "will put a lot of pressure on those that aren’t at scale, to decide whether that’s the business they want to be in or not.”

The broadband provider is also expecting that the marked increase in broadband demand is not going to disappear anytime soon.

“We’re still seeing considerably higher demand during the daytime than we otherwise would, so that tells us that the majority of people are still working from home. They’re not returning to their offices at this point," said Mr Britt.

"And the evening peak is still around 10 per cent higher than what we would expect it to be at this time of year, and that again signals to us that people are not going out as much in the evening because basically in the evening it’s all driven by entertainment, streaming services and things like that."

Colin Kruger is a business reporter. He joined the Sydney Morning Herald in 1999 as its technology editor. Other roles have included the Herald's deputy business editor and online business editor.