—The former US Army receiving station that received the first message in Australia that the Japanese had surrendered, marking the end of WWII, has been added to Queensland's Heritage Register.

The Birkdale station, in the Redlands, sits on land that could have been cleared for 400 homes. 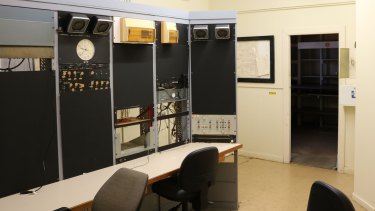 The radio communications room in the Birkdale station as it looked in the 1970s and 1980s, with more modern equipment than it had during World War II.

Its role in relaying messages between senior Allied troops in America, Japan, New Guinea and Australia was so vital, five-star US General Douglas MacArthur would even sleep at the very basic base.

He eventually accepted the surrender of Japanese forces on September 2, 1945, aboard the USS Missouri when it was anchored in Tokyo Bay.

MacArthur Chambers at the top end of Queen Street is named in his honour and features a small museum documenting his time in Brisbane. 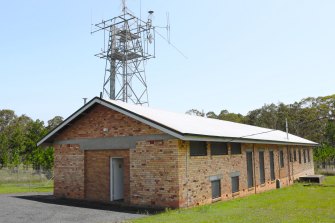 The army receiving station at Birkdale, where US General Douglas MacArthur learnt that WWII was over.

Debbie Best of the Queensland Heritage Council said the radio receiving station was a critical part of the US Army’s South Pacific campaign, giving General MacArthur "a direct, swift and secure communications link with Washington DC". 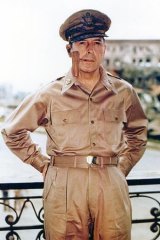 The family that owns the farm on which the station stands previously told Brisbane Times about hearing how it received the message of Japan's surrender.

"Most people driving on Old Cleveland Road East at Birkdale will travel by the receiving station’s unobtrusive driveway without realising they are passing one of the South Pacific’s most important World War II communications centres," she said.

"With a direct line to Washington, the receiving station allowed General MacArthur to communicate with the United States via encrypted teletype messages within minutes.

"That was a vast improvement on the time-consuming relayed Morse code that the radio network replaced.

"So important was the Birkdale receiving station, and so critical were the communications it handled, it is said General MacArthur even slept at the complex when the need demanded it.

"Or messages were received by radio at Birkdale and then relayed via cable to General MacArthur’s various Brisbane war offices."

When constructed in 1943, the receiving station was 630 metres from the road, built on swampy ground (to minimise radio interference) and secluded by forest.

It remained in use as a radio testing site by the Commonwealth government until 2017.

Redland City Council bought the site in 2019 after it was flagged for sale in the 2018 federal Budget to make way for 400 homes.

Redland’s mayor Karen Williams said she was proud of her council’s fight to protect the site and to have the portion with the radio receiving station added to the Queensland Heritage Register.

"Council has prepared a heritage management plan which will be finalised now the decision of the Queensland Heritage Council is known," Cr Williams said.

That will identify other features on the 80-hectare parcel of land that could also have heritage value.

"I look forward to this site being protected and many more stories being told about this remarkable place," he said.

Added to the Queensland Heritage Register are the single-storey brick radio receiving station, the operations rooms, and the domestic quarters — with bedroom, office, kitchen, bathroom and toilet.

The centre’s remaining antenna array, the single-storey concrete generator outbuilding, the "service yard" between these two buildings, and the access road to Old Cleveland Road East have also been added to the register.

Ms Best said the radio receiving station was one of the last remaining WWII radio links between the US and Australia.

"There were other military radio installations during this time, including at Rocklea, the Redland Bay Golf Course, and at Hemmant," she said.

"However, the Rocklea and Redland Bay infrastructure is long gone, and the building at Hemmant, which resembled the Birkdale building, was converted into a private house in the 1980s."

Hazard will be in the starting line-up of Real Madrid for the first time in the Champions League play-offs
Milan is Interested in Torreira. Arsenal are ready to sell the midfielder
Lineker on bale: People have no idea what's really going on with one of the best players of our time
Lionel Messi: Aduriz will be missed by everyone in La Liga. He's a Bombardier
Shakespeare became an assistant coach at Aston Villa
In England, the stadium can be closed to spectators for racism. Players will be disqualified for 6-12 matches for discrimination
Hans-Dieter flick: I will Understand if Tiago wants to play in the Premier League
Source https://www.theage.com.au/national/queensland/queensland-saves-radio-station-where-nation-learnt-wwii-was-over-20200703-p558w4.html?ref=rss&utm_medium=rss&utm_source=rss_national