Remembering the genius of Elizabeth Harrower

When novelist Joan London was 18 she read Elizabeth Harrower's best-known novel, The Watch Tower, for the first time. It was an experience that she has never forgotten. The book, she says, gripped her like a nightmare.

"While never having suffered the excruciating manipulation of the novel's villain Felix Shaw, there was something terribly familiar about the quick, sly barbs that gathered force against two young, well-meaning sisters who were in his employ," London says. "We have the words for it now: mental cruelty, and the legal means to combat it." 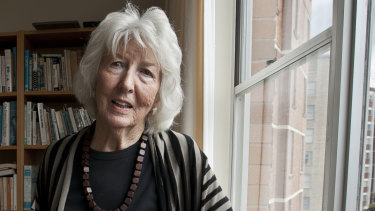 Author Elizabeth Harrower at her house in Cremorne in 2014.Credit:Lidia Nikonova

Harrower died in a care home at the age of 92 last week, the news announced quietly in the personal ads of The Sydney Morning Herald. The Sydney-born author wrote five novels. She published her first, Down in the City in 1957, but later described it as "practice" for the second, The Long Prospect, which appeared two years later.

Both were written during an eight-year spell in England. The Catherine Wheel, which she set in London, came out in 1960, by which time she had returned to Australia, and The Watch Tower was published in 1966. She refused to allow publication of her fifth, In Certain Circles, after receiving a condescending reader's report from her publisher and virtually gave up writing. More than 40 years later – in 2014 – she allowed the book to appear. 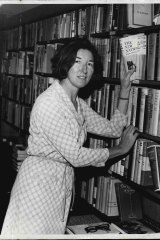 Elizabeth Harrower in 1968, a couple of years after the publication of The Watch Tower.Credit:

"She was so good on the way power works and is used and abused in intimate relationships. Her novels were permeated with what you might call 'domestic claustrophobia'. Houses, apartments, rooms become terrifying spaces. That was her material," said de Kretser.

"She had a sort of narrow trench and she went all the way down and mined it deeply. And the writing ... the sentences are fabulous, the prose is great: there is clarity, immediacy, integrity; it is very vivid prose."

Bernadette Brennan, biographer of Helen Garner, also noted Harrower's quiet fearlessness in articulating that psychological cruelty. She said Harrower's friend Patrick White wrote about similar things but Harrower was not quite as cruel. "She made sure even with her major villains that you felt something for them."

Elizabeth Webby, former professor of Australian literature at Sydney University, said it was wonderful that readers had been able to rediscover new editions of her books in the Text Classics series and that Harrower had been able to enjoy that.

"The quality of her work lay in her forensic sense of the relationship between men and women and the way she wrote: really realistic psychologically but with a poetic use of words."

Her place in the Australian canon was assured, Professor Webby said. "I think she would fit not quite on a par with Christina Stead and Patrick White, but not very much below them."

Brigitta Olubas, who co-edited Elizabeth Harrower: Critical Essays, said Harrower was one of the great novelists of Sydney.

"She brought the post-war city unforgettably into our contemporary view," Olubas said. "As readers returned to Harrower's work with the reissue of In Certain Circles, there was a further shock of recognition of the Sydney of renovation and demolition, observed with a striking prescience."

Harrower was a longtime friend of Patrick White, and in 1996 won the award he established for under-recognised writers.

In 2014, she told Susan Wyndham, a former literary editor of the Herald, "Patrick was very mean to me when I stopped writing," she says. "We had a really big relationship, a real friendship. He tried to look after me in his own mysterious way; this involved him shouting at me, and I would shout back. He bullied me, but you can't bully people into writing if they're not going to do it."

Fortunately for all readers her five novels and her short stories live on.

Liverpool can buy Norwich defender Lewis for 10 million pounds as a competitor for Robertson
The Europa League returns today. We remember where everything stopped
Christian Falk: A third-party agent is working on Sancho's transition. Manchester United can claim that they are not negotiating
Ferran Torres: I Don't think Real Madrid will pass Manchester City in the Champions League
Manchester City will receive 15 million pounds after the transfer of Sancho to Manchester United
Buffon-Casillas: without you, everything would be less important
Ake arrived in Manchester to undergo a medical for city. He will be bought for 39 million pounds
Source https://www.smh.com.au/culture/books/remembering-the-genius-of-elizabeth-harrower-20200713-p55bor.html?ref=rss&utm_medium=rss&utm_source=rss_culture