So much more than an opera singer's greatest hits 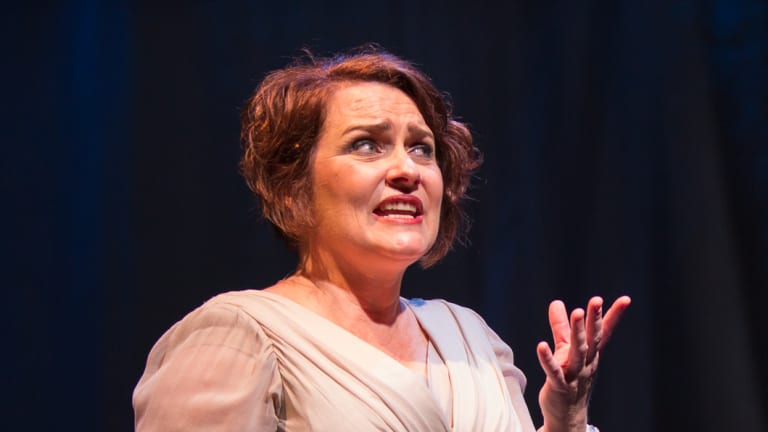 OPERA
THE SPACE BETWEEN ★★★★
Fairfax Studio, Arts Centre, until September 23

Spoiler alert: in opera, women rarely make it out alive. Lucia di Lammermoor, Manon, La Boheme’s Mimi, La Traviata’s Violetta, Carmen, Rigoletto’s Gilda, Faust’s Marguerite, Tosca and Madama Butterfly are all dead by curtain call. They meet their ends either by going mad, becoming fatally ill, being killed by men close to them or by ending their own lives. Hell, Bellini’s Juliet is simply “overcome by grief” and just dies. As a soprano, your odds aren’t great.

Emma Matthews would have lost count long ago how many times she’s died on stage. A career playing many of opera’s great heroines means she’s been doomed not to make it through the night, over and over again. It’s an experience she explores in The Space Between, a dramatised song cycle that travels through Matthews’ personal life and her life on the operatic stage – and where those roles that for so long consumed her might live on.

Emma Matthews would have lost count long ago how many times she’s died on stage.

Written by Fast Forward creator Steve Vizard and with music by jazzman Paul Grabowsky, its structure is hard to explain. The piece does not follow a linear path and is not totally biographical, merging real and imagined memories. The audience needs accept it might not “get” all of it.

But there’s no denying Matthews is an absolute powerhouse. It’s a unique performance, certainly unlike anything she has done before. Now in her late 40s, Matthews is at her vocal peak. She is on stage for the entire 70 minutes, delivering dazzling coloratura and crystal-clear top notes. 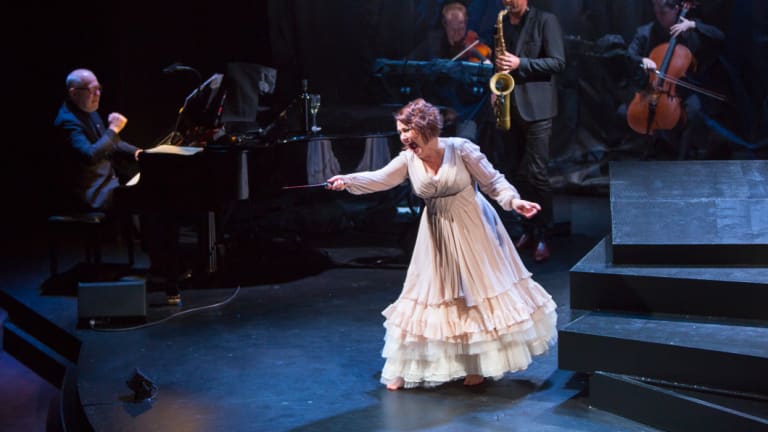 Matthews is an absolute powerhouse.

It really is a shame we don’t see her on the Opera Australia stage any more. She's a consummate singing actress, switching from girlish innocence to unhinged consciousness with ease. Director Leticia Caceres has crafted a powerful performance and Matthews delivers it in spades, earning her a standing ovation on opening night.

This is not simply 'Emma Matthews sings her opera hits' but something much more profound.

Vizard’s words are both witty and lyrical while Grabowsky’s score combines his background in jazz, modern musical theatre and the operatic voice. Add the masterful improvisatory talents of saxophonist Jamie Oehlers, then percussion, violin, cello and recorded distorted sounds, and you’ve got an interesting mix indeed.

This is not simply “Emma Matthews sings her opera hits” but something much more profound. It won’t be for everyone, but when the arts community is crying out for something more than just La Boheme, this is the kind of work that matters.

Bayern, Atletico and Everton are Interested in Zaa
Joan Laporta: Messi is the best in history. We must create appropriate conditions for it
Mourinho on Bergwein in reserve: Klopp, Pep and Lampard you ask such questions
Solskjaer on Pogba: he's been great since the restart. When Paul plays like this, you can't help but include him in the lineup
Alisson: the points Record was not Liverpool's goal. We are still Champions
Inter want to extend Sanchez's lease and are willing to pay extra for him to Manchester United if the clubs play in the Europa League final
Don't talk behind our backs, go out on the field and fight with us. Pep's possible appeal to Jose, Klopp and the world
Source https://www.theage.com.au/entertainment/opera/so-much-more-than-an-opera-singer-s-greatest-hits-20180917-p5048a.html?ref=rss&utm_medium=rss&utm_source=rss_feed

The Chicks are back and not whistling Dixie