Hong Kong: Beijing has reacted sharply to the Morrison government’s criticism of the detention of Australian citizen Yang Hengjun.

After Foreign Affairs Minister Marise Payne on Friday said she was “deeply disappointed”, China’s Foreign Ministry said Australia should “stop interfering in the lawful handling of the case by the Chinese side”. 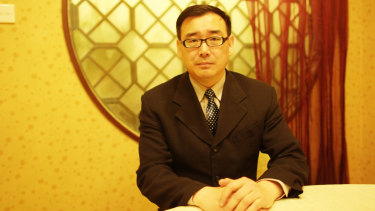 But the president of Australia’s Law Council, Arthur Moses, backed Ms Payne’s concerns, saying: “The treatment of Dr Yang appears to constitute several breaches of the United Nations' Basic Principles of the Role of Lawyers.”

Mr Moses said China was a signatory to the International Covenant on Civil and Political Rights, but a person who is arrested in China “may not have access to the courts or independent legal representation, and may face very difficult conditions of detention”.

He said the Law Council was concerned that people “are routinely held for months or years under these conditions”.

He said Dr Yang was suspected of criminal activities endangering China's national security and the Beijing State Security was still investigating the case “in strict accordance with the law”.

Ms Payne issued a statement on Friday saying the federal government was "deeply disappointed" Dr Yang was transferred to criminal detention six months after being detained by Chinese state security but had not been granted access to his lawyer.

She said if Dr Yang was being detained for his political views, then he should be released.

“The Law Council remains concerned that Dr Yang does not appear to have the benefit of any of the traditional safeguards expected of an independent criminal justice system and the rule of law, including access to a lawyer of his choice, the right for the public to know what he is being detained for and when it is expected that he will be released.”

He has not had contact with his family since he was detained at an airport in Guangzhou in January as he arrived in China from New York, where he had been a visiting scholar at Columbia University.

Depp wrote message to wife on mirror in his own blood, court hears

Ticketing nightmare looms as Western Derby crowd looks set to be capped at 30,000