Telstra is confident the new national security laws imposed in Hong Kong will not apply to its operations there despite concerns that the telco may be forced to provide information to Chinese authorities under certain circumstances.

Beijing's new security laws for Hong Kong, which came into effect earlier this month, allow police to request information from service providers, but large social media companies such as Facebook and YouTube are already refusing to hand over information. Chinese-owned social media giant TikTok announced it would stop operations in Hong Kong last week because of the new laws.

Telstra, which runs a data centre and facilities in Hong Kong, had been assessing its customers' exposure to the legislation, which could compel the company to hand over data if requested by authorities, but the telco giant said it expects the new laws will apply solely to local retail telco and internet providers and social media companies. 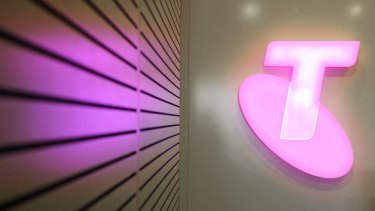 "We anticipate that requests for co-operation with authorities under the new law (for example, to remove access to content) will be focused on local retail telcos, ISPs and social media companies and the associated data held by them," a Telstra spokesman said. "Our business in Hong Kong predominantly serves global enterprise and wholesale (other telco) customers in Asia. We are not a domestic ISP so we don’t have consumer customers and we are not a social media company.

"Telstra, like many of its customers with operations in the territory...remains committed to Hong Kong and we stand by our service and solution commitments."

However, Jeanne Huang, an associate professor at the University of Sydney Law School who specialises in Chinese law and data protection, said there is still a risk that if large social media companies and financial insitutitions refuse to provide information to authorities that data centres could be targeted.

"If you look at Hong Kong security laws ,there are specific provisions to request for evidence. Those provisions do not specify...retailer or wholesaler," Professor Huang said.

"If it (Telstra) provides services to construction companies, to international trade companies, electricity companies that have nothing to do with national security issues, Hong Kong's security laws do not matter for Telstra."

"The key issue is not wholesaler or retailer. The key issue is whether the data it processes is relevant to investigate or prosecute an offence. The relevance is more important than who you are."

The new legislation, designed to eliminate political dissent, criminalises actions viewed as undermining the Chinese state with punishments such as life in prison. The laws were legislated after 15 months of protests over Beijing's rising influence. The laws have raised concerns among social media companies and other businesses about how the Chinese government will use personal data.

Facebook, Zoom, Microsoft and Google have said they will ignore data requests and The New York Times announced on Wednesday that it would relocate its Hong Kong-based digital news operation to Seoul. Virtual Private Network providers - which allow secure connections over the internet - have also fled.

"The security and integrity of our customers’ data is our priority and responsibility," a Telstra spokesman said. "We comply with multiple legislative requirements across the world including many security laws, like any other global telco. We assess requests for information or content filtering from law enforcement agencies and regulators on a case by case basis, taking into account all relevant legal and regulatory obligations."

CSKA is ready to offer 7 million euros for defender Fuchs. Internacional wants 10 million^. CSKA intends to acquire the Central defender of Internacional Bruno Fuchs, who is also claimed by Monaco and Lille
Goretska Pro 8:2 with Barca: This is only the first of three steps
Matteus on the defeat of Barca: it is Painful to see what happened to the team that inspired us for so many years
Bartomeu met with Pochettino this week. He could replace Sethien at Barca
Salihamijic Pro 8:2 with Barca: Bayern are very happy, but they want more
Recently, Mueller did not want to renew his contract with Bayern. Now he's turning the football around
The baby may get angry and leave. Luis Suarez Miramontes about Messi
Source https://www.smh.com.au/business/companies/telstra-to-stay-in-hong-kong-anticipating-it-wont-be-asked-for-data-20200716-p55cj0.html?ref=rss&utm_medium=rss&utm_source=rss_business