The whale, the shark and the $635m lawsuit

When the London Metals Exchange made the decision to undo a day’s trading after the price of nickel soared 250 per cent in two days it saved a Chinese billionaire, some of its own members and maybe its own clearing house. It also, however, wiped out the hefty profits of those on the other side of a massive short position.

Almost inevitably, given the scale of the dollars involved, the decision provoked controversy and anger and it has now attracted legal challenges. 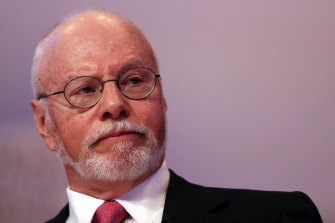 Paul Singer’s Elliott Management is not the type of investor anyone would want stalking them.Credit:Bloomberg

Renowned, and feared, activist investor Elliott Management filed an action against the LME this week, seeking a judicial review of its decision and $US456 million ($635 million) in damages. Another US trader and market maker, Jane Street Capital, filed a similar suit, asking for $US15.3 million.

Paul Singer’s Elliott Management is not the type of investor anyone would want stalking them.

His aggression and determination is legendary –- he spent 15 years trying to collect a debt from the Argentinian government, once persuading a Ghanian court to seize an Argentinian naval vessel as part satisfaction of the debt. He eventually gained $US2.4 billion for bonds that he had acquired for $US117 million.

Elliott was also, of course, the investor which campaigned with typical ferocity and flair for BHP to collapse its dual-listed structure and shed its oil and gas assets, which it has subsequently done.

The ire Elliott and Jane Street are directing at the LME relates to the 145-year-old exchange’s actions on March 8 this year.

The nickel price was soaring that day after Russia’s invasion of Ukraine provoked sanctions from the West.

Russia produces about 12 per cent of the world’s nickel and 20 per cent of the pure nickel most in demand as the electrification of vehicles surges. On the day the price more than doubled from less than $US50,000 to more than $US100,000.

For months a self-made Chinese billionaire, Xiang Guangda, had been building a massive short position in the metal. His Tsingshan Holdings, China’s biggest stainless steel group and one of the world’s leading nickel producers, had been using the LME and over-the-counter derivate contracts with banks to hedge his physical exposure to nickel prices.

When the price exploded on March 8 that position was underwater to the tune of billions of dollars and he, and other short sellers, were facing extraordinary losses and massive margin calls. If his positions had been closed out because he didn’t have the cash to cover the calls, he would have lost billions. 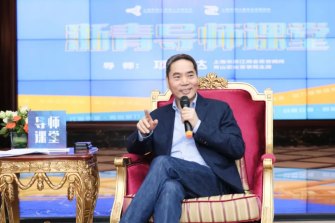 Had the trading been allowed to run its course some of the LME’s members could also have been wiped out by their clients’ inability to meet the margin calls and the LME clearing house, which stands behind the trades, might have had to make good the shortfalls flowing from the defaults. The clearing house, like the LME, is owned by Hong Kong Exchanges and Clearing.

In theory the losses faced by Xiang Guangda should have been offset by Tsingshan’s physical nickel production but the LME contracts, which can be settled via physical delivery, are for pure nickel whereas his production is of lesser grades. The more immediate problem was the instant need for the enormous amounts of cash to meet the margin calls, which he didn’t have.

There were parties on the other side of those trades who stood to make huge profits from being “long” nickel as the price soared. It turns out Elliott was one of them, probably the largest of those who saw an estimated $US1.3 billion of paper profits evaporate as a result of the LME’s decision.

The LME chose to protect the short sellers, its own members and itself when it decided to cancel all the trades on March 8 rather than let the profits and losses fall where the contracts dictated.

It has said it did so because the spike in the nickel price posed a systemic risk to the market and the cancellations of the trades was made retrospectively to return the market to the last time the LME could be confident that it was trading in an orderly manner.

Its critics say it damaged the integrity of the market – Elliott says it acted unlawfully and violated its human rights (its property rights) -- undermined confidence in the market, exposed market participants to losses by its actions and were a product of its conflicts of interest.

The latter is a reference, not just to the decision saving some of its brokers, but to the impact on its affiliate, LME Clear, and its parent, Hong Kong Exchanges and Clearing.

The founder of what of the world’s largest hedge funds, AQR’s Clifford Asness, has described the LME as “slime balls” and accused it of reversing trades “to save your favoured cronies and robbing your non-crony customers.” The LME has denied suggestions that Hong Kong Exchanges and Clearing played a role in its decisions. 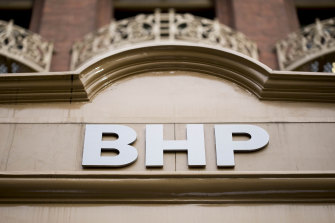 Elliott Management is a familiar name to Australian investors, having aggressively campaigned for BHP to collapse its dual-listed structure and shed its oil and gas assets.Credit:Arsineh Houspian

There’s no doubt, however, that the exchange’s decision protected the short sellers, its own brokers and its clearing house and those traders who were hedging physical production with short positions over the purely financial players like Elliott and Jane Street Capital who held the long positions.

The LME has said one of its primary responsibilities is to serve the physical traders but, once it opened up the market to financial players and encouraged them to provide depth and liquidity, its key responsibility – as it is for any securities exchange operator -- was to run a market that was fair to all participants.

The decisions the LME took in March are now being reviewed by a bevy of London regulators – the Financial Conduct Authority, the Bank of England and the Prudential Regulation Authority – and even the International Monetary Fund has contributed its tuppence-worth, saying governance mechanisms for the LME needed to be strengthened to address conflicts of interest. The UK’s High Court will now, thanks to Elliott and Jane Street, have an opportunity to weigh in.

The LME is advocating more transparency for trading on its exchange and in over-the-counter markets to try to avoid a similar event in future while prospective rivals like the US CME Group are considering whether they should try to exploit the moment to challenge the LME’s historic stranglehold on nickel trading.

As for Xiang Guangda, he’s apparently closed out about half his short position (the nickel price is back down below $US29,000 a tonne), is negotiating to swap some of his nickel for the pure form traded on the LME and has reportedly been lining up new facilities with his banks.

Stephen Bartholomeusz is one of Australia’s most respected business journalists. He was most recently co-founder and associate editor of the Business Spectator website and an associate editor and senior columnist at The Australian.Connect via email.