San Francisco: Two former world No.1s will play alongside the game's freshly crowned top player when Tiger Woods, Rory McIlroy and Justin Thomas go out as a group in the PGA Championship at TPC Harding Park this week.

Australia's former Masters champion Adam Scott will line up alongside Bryson DeChambeau and Rickie Fowler while his resurgent countryman and 2015 winner Jason Day, fresh from a third consecutive top-10 PGA Tour finish, will play with Jason Dufner and Martin Kaymer. 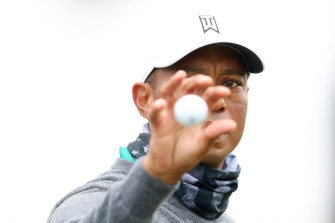 Woods, who has played once since the tour resumed in June, is seeking his 16th major and fifth PGA Championship title but the 44-year-old is an underdog given concerns about how his surgically repaired back will react to the cool San Francisco weather.

"I think that for me when it's cooler like this, I need to make sure that my core stays warm, layering up properly," a bundled up Woods said on Tuesday.

"I know I won't have the same range of motion as I would back home in Florida where it's 95 degrees every day. That's just the way it is."

World No.3 McIlroy won his fourth major six years ago and has said quarantine gave him the chance to focus on again winning the sport's biggest prizes, starting with the PGA Championship followed by the US Open and Masters in the fall.

Thomas comes into the tournament as the hottest commodity in golf, having won three events this year including the FedEx St Jude Invitational on Sunday to regain the top spot, which he held for four weeks in 2018.

He is one of the early favourites to hoist the Wanamaker Trophy for a second time after taking the title in 2017.

Jordan Spieth, who could complete a career grand slam by adding a PGA Championship, will play alongside ex-world No.1 Dustin Johnson and 2016 Olympic gold medallist Justin Rose.

The first major of the year, originally scheduled for May before the COVID-19 pandemic hit sports, will play out at the challenging municipal course known for its towering Cypress trees, thick rough, narrow fairways and cool coastal fog in the summer months.

The tournament will take place without fans due to COVID-19.

Barcelona's Interest in Isak Increased after Koeman's appointment. Larsson has a high opinion of the player (Mundo Seportivo)
Manuel Pellegrini: When you play against Real Madrid and var, it's too much
PSV and Porto are Interested in Barcelona midfielder PUC. He doesn't want to leave the club
Puyol about Barcelona: If we want to win the championship, we need to perform very well
Schalke sacked Wagner. The team has not won the Bundesliga since January
Iacini on 3:4 with Inter: Even a draw would be an unfair result, given how many chances Fiorentina created
Ramos Pro 3:2 with Betis: the Referee tried his best and didn't do anything intentionally
Source https://www.smh.com.au/sport/golf/tiger-mcilroy-and-thomas-grouped-together-at-pga-championship-20200805-p55ilv.html?ref=rss&utm_medium=rss&utm_source=rss_feed

Lynch ruled out as Tigers look to continue Queensland dominance