Australian all-rounder Ash Gardner says the country’s top women cricketers would be willing to head into a biosecure bubble to ensure their schedule can be completed. 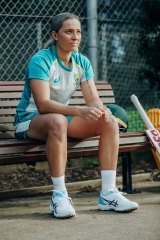 Uncertainty remains about exactly what the international and domestic cricket seasons will look like with the Australian women scheduled to begin their season with a three-match Twenty20 international series against New Zealand in Sydney in late September.

But the changes to the calendar continue, with Cricket Australia announcing on Tuesday that a men’s team home series against the West Indies scheduled for October had been postponed. The series had effectively consisted of warm-up matches for the T20 World Cup, which was postponed last month.

Gardner said the Australian women would be willing to follow the lead of the men by heading into a bubble if needed.

“We might need to potentially wrap our heads around going into a bubble and potentially being away from family and friends for an extended time,” Gardner said on Tuesday.

“But I think the players will be willing to do that to get out there and play some cricket, because it’s going to feel like forever since we have played a game of cricket by the time it comes around.”

Gardner added though that she was disappointed by the Board of Control for Cricket in India’s decision to schedule the women’s Indian Premier League in November, at the same time the Women’s Big Bash League is due to be played in Australia.

“Disappointing would probably be the right word if that was to go ahead. People have seen how successful and competitive the WBBL has been for the first five years of it, and it would be really unfortunate for two things to clash like that.”

Australian team physiotherapist Kate Beerworth has been involved in the project which had been kick started by her predecessor Kate Mahony. Beerworth – formerly team physio with the Matildas – is hopeful that the new shoes could even guard against injuries, although research in the area has been minimal.

“The female foot is narrower in part and can be broader across the front of the foot,” Beerworth said.

“Players were putting extra socks in shoes if they were sliding around a little bit because the anatomy of the female foot is slightly different.

“If you’ve got a shoe that’s not particularly the right fit then there’s potential for not only concerns regarding injury and blisters and nail care and those sorts of things, but certainly from a performance point of view if players feel like they are sliding around in a shoe, they may then choose to go to an ill-fitting shoe that’s smaller to try to give it that snug fit, and that’s certainly my experience, historically with football, that they would choose a smaller shoe that then may create some other issues."

Gardner said she had seen teammates struggle with the issue.

“Nicole Bolton, who is quite a small person and has really small feet. Ever since I’ve known her she’s either had to wear shoes that have been spiked up, or kids shoes. It costs you money to keep getting your shoes spiked up and they tend not to last too long,” Gardner said.

West ham offered 23+10 million pounds for defender fofan. Saint-Etienne refused
Andy Cole on £ 109m for Sancho: it's crazy money. Manchester United will not spend them at random
Juventus loaned Luca Pellegrini to Genoa
Palace, Brighton and Sheffield want to buy Brewster. Liverpool ask for 25 million pounds
Milan have offered 4 million euros for the striker Bodo-Glimt Gauge. He scored them in the Europa League
Atletico showed a photo of Suarez in three sets of uniforms
Lemar is Interesting to Leipzig
Source https://www.smh.com.au/sport/cricket/top-women-cricketers-willing-to-head-into-bubble-20200804-p55ij0.html?ref=rss&utm_medium=rss&utm_source=rss_feed