Waking up with Morning Glory

There aren’t a lot of options when the people who slave away all afternoon and night, making sure you have a super night out, want to get together over a meal.

The team at Narrabundah’s XO are no different. Waking up with distant memories of Asian bolognese and fried chicken wings, Greg Lally, Kent Nhan, Stephane Nguyen, Elliot Gotovac and AK Ramakrishna would often find themselves around a table, in front of another plate of scrambled eggs and avocado, wondering whether there was anything more to what is often dubbed the most important meal of the day.

“There are some great places doing great breakfasts but fundamentally it’s all very much the same thing,” Lally says. 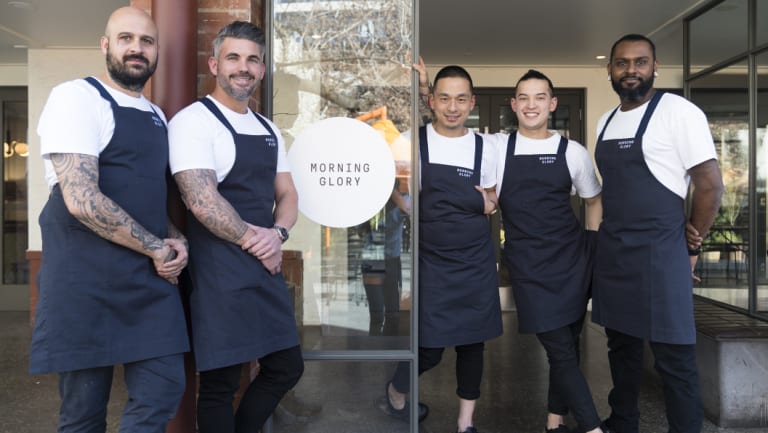 “We started to wonder why we couldn’t take the philosophy from XO, the finesse, the rigour of service, the harmonies of Asian and European cuisines and apply that to breakfast.”

The result is Morning Glory, open now in the space where A. Baker used to be in New Acton.

Open seven days from 6am to 4pm, it’s all about “daylight dining”.

“We want to redefine people’s expectations,” says Lally. “Why can’t you take all the high points of a night out, the service, the attention to food, and apply that to breakfast and lunch?”

It’s a beautiful space, dark tones of timber, stone and steel, but lit, even in early Spring, by the light pouring through the large glass windows and doors at either end. You can only imagine the space in mid-summer with a little heat outside and a breeze flowing in from the courtyards. 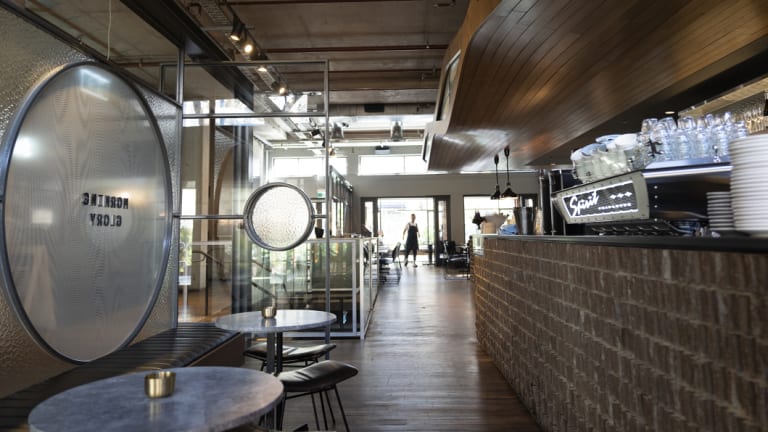 It’s a beautiful space, dark tones of timber, stone and steel, but lit, even in early Spring, by the light pouring through the large glass windows and doors at either end.

It’s the first week of service and Lally admits they’ve been overwhelmed by the response. There was a “strong surge of XO advocates” on opening day, coming in to see what the latest addition to the family was all about.

“As confident as we might be in a concept it’s another matter altogether whether the customers will appreciate it, given it is a little pioneering,” Nhan says.

You only have to look at the menu to know they’ve shaken things up a bit. Yes, you can get things that may seem familiar but they’ve given them the XO touch. There’s toast, but with Chinese five-spice jam, and kaya and yuzu marmalade. Or a Bacon and egg roll, with fried eschalot and kewpie mayonnaise, made with a bacon developed in collaboration with Richard Odell from Griffith Butchery.

“When we wanted bacon on the menu we thought how can we do it differently,” says Nguyen, who went to Odell with an idea for a char sui glazed bacon. The butcher, who made Australia’s best bacon in 2017, took up the challenge and it took them three months to perfect the recipe. 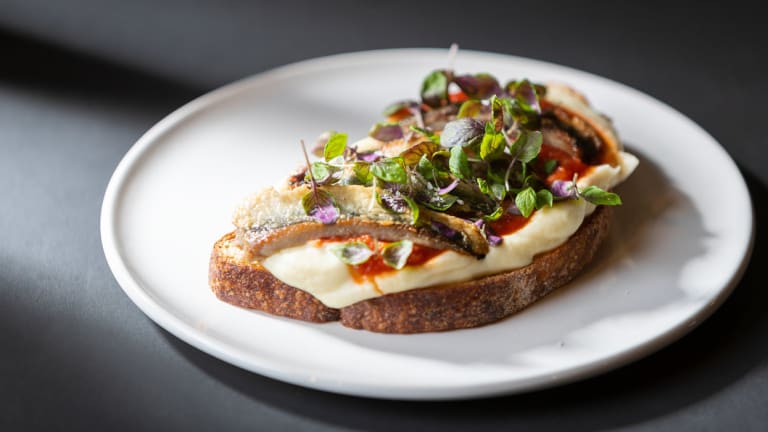 The sardines done with a celeriac puree with spiced tomato on rye have been a surprise hit.

In the first week the vegan options have been selling well and the Hainanese chicken wrap with scallion salsa, avocado and chilli relish.

“The sardines have been a surprise hit too,” says Lally. Done with a celeriac puree with spiced tomato on rye he says they were a contentious choice among the team.

“But the sardines have been selling like hotcakes,” he says.

Funnily enough, there are no hotcakes on the menu. But it's not like you'd come here looking for them anyway. You'd kind of be disappointed if they were.

Josep Bartomeu: Setien is doing a great job. We have full confidence in him
Pique on La Liga: Barca do not like to fall behind, but we have made every effort to change the situation
Pep Pro 0:1 with Southampton: city liked the Game, but it's not enough to win
Mandzukic is Interesting to Fenerbahce and Galatasaray. It is also claimed by Loco and Milan
Messi wants to finish his career at Barca. Bartomeu believes that Leo will not leave in a year
Gasperini about Atalanta: we Want to reach the Champions League and break the club's record for points in Serie A
Hames can leave Real Madrid for the Premier League for 25 million euros. A year ago, Atletico and Napoli offered 45-50 million euros for him. Real Madrid Midfielder Hames Rodriguez is likely to change clubs at the end of the season
Source https://www.smh.com.au/national/act/waking-up-with-morning-glory-20180913-p503ju.html?ref=rss&utm_medium=rss&utm_source=rss_feed