Westpac is facing a class action over claims it colluded with car dealers to sting customers with high interest loans in a bid to boost profits.

Outlawed by the corporate regulator in November 2018, “flex commissions” allowed insurers to collude with car dealers to hike up interest rates on car loans. In return, the dealers would receive a cut of the interest paid. 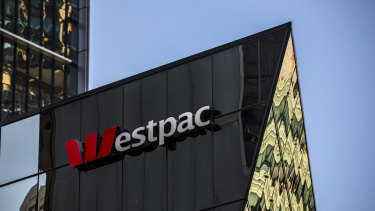 Westpac is facing a class action over the now banned practice of flex commissions. Credit:Jessica Hromas

Maurice Blackburn is suing Westpac Banking Corporation and subsidiary St George Finance Limited in the Victorian Supreme Court over customers who were slugged with the high interest rates between March 2013 and October 2018 – before the practice was banned.

Andrew Watson, the firm’s head of class actions, said hundreds of thousands of customers were affected at the time and were unaware the interest rate on their car loans were inflated in return for commissions.

In some cases, he alleged that consumers were charged three times the base rate with rates not determined by objective criteria such as credit risk.

“The expectations of consumers was that the dealer was a conduit for, but was not setting, the interest rate,” Mr Watson said.

“This case will seek to prove that Westpac and St George failed to comply with their obligations under consumer credit protection laws and that this failure caused substantial losses for many consumers.”

The Australian Securities and Investments Commission banned the scheme in 2018, finding the car-yard practice was almost universal across the industry with commissions paid to dealers as high as 79 per cent of the insurance premium.

Flex commissions were criticised in the banking royal commission, which in its final report said: “Many borrowers knew nothing of these arrangements. Lenders did not publicise them; dealers did not reveal them. The dealer’s interest in securing the highest rate possible is obvious. It was the consumer who bore the cost.”

She said she was only told about the 12.99 per cent annual interest rate after she agreed to the purchase.

“They didn’t tell me the interest rate until I went to pick up the car,” Ms Fox said.

“I feel they targeted me because I was young and eager to get into my first new car.”

Westpac said it was yet to be served with a statement of claim so was unable to comment.

Lopetegi about éver Banega: When he plays well, the whole of Seville plays well
Sanchez received 7.5 million pounds from Manchester United for terminating his contract
Javi Martinez is Interesting to Renn. The club will play in the Champions League
Fonseca Pro 0:2 with Sevilla: Roma deserved to lose
Manchester United are ready to sell Lingard. He has scored in the last two matches
Dzeko Pro 0:2 with Sevilla: Roma never got into the game
Sergio Region: Sevilla are determined to win the Europa League. We want to win everything we can
Source https://www.theage.com.au/national/victoria/westpac-faces-class-action-over-high-interest-car-loans-20200716-p55cl1.html?ref=rss&utm_medium=rss&utm_source=rss_national

Wheels in motion once more at Carriageworks

Why the gold price is soaring

‘She told her son I was dead’

Holding the ball. How did we get here?

'Not enough capital': Insurer says government to pay for COVID-19