Woody Allen: 'I should be the poster boy for #MeToo movement'

Woody Allen says he should be the face of the #MeToo movement in terms of what to do right.

Allen spoke during an interview with Argentine journalist Jorge Lanata that was broadcast Sunday night.

Allen says he's a "big advocate" of #MeToo and that he should be the poster boy for the movement because he has worked with hundreds of actresses over 50 years, and they've never "suggested any impropriety at all."

"Big ones, famous ones, ones starting out... I've always had a wonderful record with them," he said. 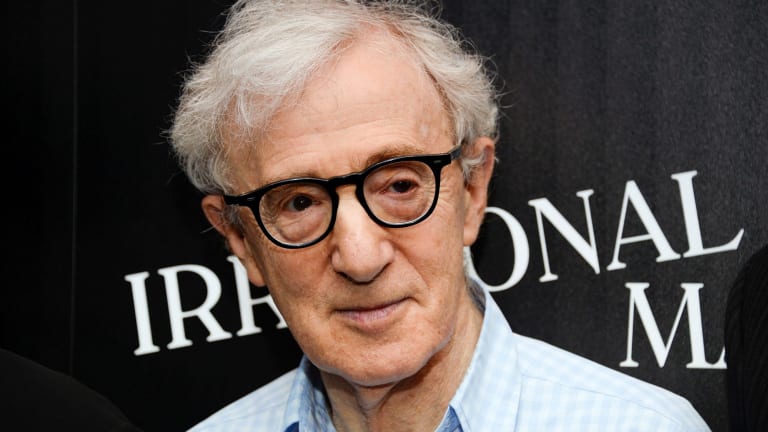 Woody Allen says he should be the "poster boy" for #MeToo.

Dylan Farrow, Allen's daughter, in 2014 renewed the claim that Allen molested her in 1992 when she was seven. Allen has long denied the allegations. He was investigated but not charged.

In Sunday's interview the filmmaker said he was frustrated at being lumped in with Hollywood's "terrible accusers".

"What bothers me is that I get linked with them - people who have been accused by 20 women, 50 women, 100 women of abuse and abuse and abuse," he said.

"This is something that has been thoroughly looked at 25 years ago by all the authorities and everybody came to the conclusion that it was untrue," he said of Farrow's accusations. "And that was the end and I've gone on with my life.

"For it to come back now, it's a terrible thing to accuse a person of. I'm a man with a family and my own children. So, of course it's upsetting."

A number of actors, including Mira Sorvino, Greta Gerwig and Michael Caine, have distanced themselves from Allen, raising questions about the future of the prolific filmmaker in a Hollywood newly sensitive to allegations of sexual misconduct.

The filmmaker's next movie A Rainy Day in New York, which was shot last September, is yet to be scheduled for release, and its stars Timothee Chalamet and Selena Gomez donated their salaries to the #TimesUp movement.

La Liga President: Many try to justify failures on the field by talking about rest and schedule
Rivaldo on Griezmann: I Don't understand why the world champion and multi-million dollar transfer only comes out at the last minute
The Doctor Sociedad: The Youngster from serious injury. We are not currently considering the option of surgery
Klopp made Liverpool Champions. Now it's your turn: the game Showsport
Daughter of the owner of Valencia: This is our club and we can do whatever we want with it. Don't the fans understand?
Manchester City and Chelsea are Interested in Dean
10 years of Suarez's great save: hand saved Uruguay at the 2010 world Cup
Source https://www.canberratimes.com.au/entertainment/celebrity/woody-allen-i-should-be-the-poster-boy-for-metoo-movement-20180605-p4zjgl.html?utm_medium=rss&utm_source=rss_feed