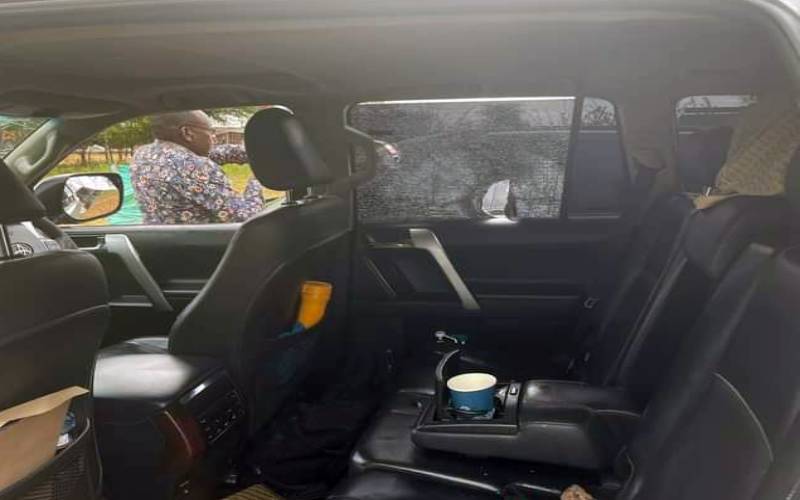 Four people were on Thursday shot dead and three others seriously injured during protests at Masimba in Kajiado County.

The demonstrators, who had barricaded the Mombasa-Nairobi Highway, were protesting the increase in human-wildlife conflict in the area.

A female teacher from Mashuru Sub-County in Kajiado County was recently killed by stray elephants, sparking the June 2 protests.

The Nairobi-Mombasa Highway remained blocked a better part of Thursday morning as the demonstrators sought to be heard by the local authorities, including the Kenya Wildlife Service (KWS).

Makueni Senator Mutula Kilonzo Junior said his vehicle’s windows were smashed as he drove past the scene.

“I ran into violent demonstrations at Masimba. Two stones directed at me missed me narrowly. Motorists should exercise caution,” he said on Twitter.

Four people died of gunshot wounds, with three succumbing to their injuries at the scene while one died during treatment at the Makindu Sub-County Hospital.

The hospital’s superintendent Dr. David Kasanga confirmed the four deaths to The Standard.

The lead doctor said three people were brought to the facility with serious injuries.

“One of the survivors is a Kenya Defence Forces (KDF) officer based at the Kahawa Barracks,” he said.

Police said the protests turned ugly when the demonstrators hurled stones at a GSU lorry that was heading the Mombasa direction.

It is alleged that the GSU officers fired at the crowd, causing four deaths and three injuries.