Akuku Danger: This is what I love most about Sandra Dacha 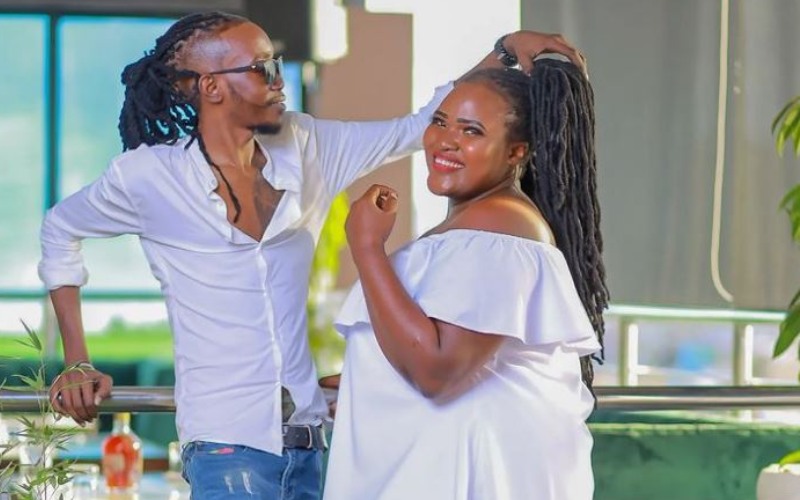 Comedian Manason Ojowi, also known as Akuku Danger, has said that he and fellow comedian and actress, Sandra Dacha, are still going strong and have been dating for 7 months now. Speaking to Standard Entertainment, the comedian gave the update after he had publicly wished her happy birthday on his Instagram page.

Akuku Danger lives with sickle cell anaemia and had been critically ill a few months ago. He told the Standard that Dacha took care of him through the struggle and as he recuperated.

“Finding someone who can be by your side through thick and thin is not easy. Sandra was there for me throughout… Taking care of me in hospital and ensuring all was well. I love and appreciate her for that. Most people would have left. We have been together for 7 months and yes she is mine,” he told the Standard.

The comedian had gone to Nairobi Women’s Hospital when he started having difficulties in breathing.

“I was admitted immediately and later I was transferred to Nairobi West Hospital ICU where I was unconscious for four days,” he said.

He was admitted for close to two months at Nairobi West Hospital after his lungs collapsed and he caught pneumonia, incurring a huge medical bill that friends and family helped to offset.

“Through the paybill we managed to raise close to Sh3million that settled my first medical bill. The support was overwhelming,” he said at the time.

Dacha kept the public updated on his recovery when he was in hospital, sharing a video of him walking on his own and dancing on Instagram, despite having previously been bed-ridden.

“We had lost hope but who is God… Akuku Danger has finally asked for food. Hallelujah!!” she wrote at one point.

She also informed the public when he was discharged and was able to walk and dance, but could not be discharged until the remainder of the hospital bill had been paid, and she rallied support to raise funds for him.

The comedian is now back on his feet, in good health and working. He has been posting several clips and pictures of them on Instagram together and in high spirits. Akuku captioned one of the clips where the two looked totally cosy and in love, “Mlisema Harusi mtakam?” which was probably a hint of something more to come.