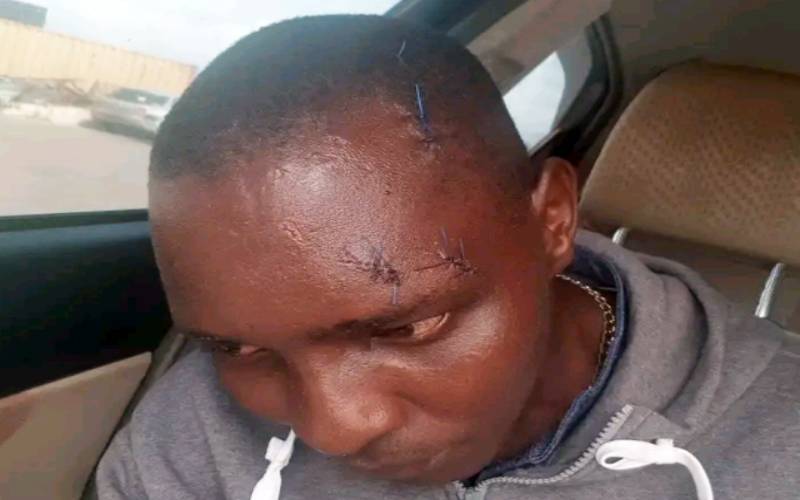 Asbel Kiprop said he sustained the injuries in a motorcycle accident on May 20, 2022. [Courtesy of Asbel Kiprop]

Three-time 1500m world champion Asbel Kiprop has denied that he sustained head injuries during a fight at a nightclub in Kapseret, Uasin Gishu County.

A picture of Kiprop showing stitched cuts in the head while aboard a vehicle circulated on social media recently.

Reports suggested that he’d sustained the injuries following a fight in a bar.

The Standard reached the athlete for comment, and he denied the claims.

“I sustained the injuries in a motorbike accident at Simat Village in Kapseret last Friday, May 20. I was the one riding the motorcycle,” he said.

Kiprop said it was a self-involved accident that caused him head and knee injuries.

“Violence in every tussle will solve nothing. Great battles are won without fighting. Nature is the master, and so we are,” he wrote.

Asked to expound on the Facebook post, Kiprop said: “People misinterpreted my message. I was not insinuating that I had been harmed in a fight. The truth is I sustained the injuries in a motorcycle accident. I have already sought treatment at an Eldoret hospital, and I’m now recuperating.” The athlete did not file a police report about the incident.

Kiprop’s three-year doping ban, that started in April 2019, ended in February 2022. He says he has his eyes set on the cross country race later this year.

“The minor bruises on my knee and head have not affected my training programme,” he said.

Kiprop says he is hoping to represent Kenya at the World Cross Country Championships which will take place on February 18, 2023 in Bathurst, Australia.