DP Ruto, Rigathi given the greenlight by IEBC to run for presidency 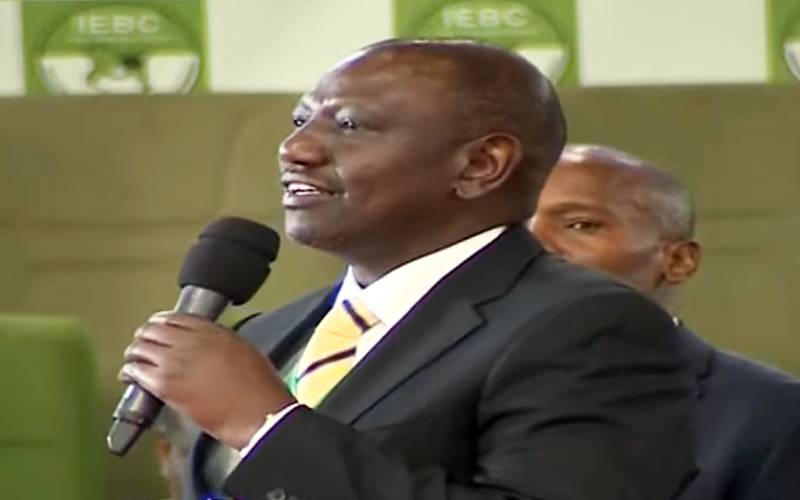 DP William Ruto giving his acceptance speech at the Bomas of Kenya in Nairobi on June 4, 2022 after IEBC cleared him to run for president in August 9, 2022 General Election. [Standard]

Deputy President William Ruto has been cleared to run for president in the August 9, 2022 General Election.

The Independent Electoral and Boundaries Commission (IEBC) chairperson Wafula Chebukati said Ruto met all the qualifications for clearance as a presidential candidate.

Also cleared is the DP’s running mate Rigathi Gachagua, who is the outgoing Member of Parliament of Mathira Constituency.

The pair was cleared at the Bomas of Kenya in Nairobi on Saturday, June 4.

Ruto and Rigathi will vie on the United Democratic Alliance (UDA) ticket.

The criteria that the duo met include providing at least 48,000 signatures from 24 counties supporting their bid, minimum educational qualifications and passing the integrity test.

In his acceptance speech, the deputy president asked the IEBC to oversee free and fair polls in the August 9 General Election.

Ruto reiterated his request for fair media coverage in the run-up to the August polls, naming three local television stations and a newspaper that he accused of bias.