According to the Registrar of Political Parties Anne Nderitu, plans are underway to have party leaders share a platform in the next two weeks to rally their supporters against violence before, during and after the August 9 elections.

“We have organised a peace caravan and political leaders from different parties will be leading from the front when we shall be traversing the country preaching peace,” said Ms Nderitu.

She spoke yesterday during the launch of the Conflict Hotspot Mapping for Kenya report by the National Cohesion and Integration Commission (NCIC).

“We want the party leaders to take charge of their supporters by openly condemning violence and asking them to observe peace and tranquility during the electioneering period. This is the reason we are holding a peace caravan of party leaders themselves starting with the hot spot areas,” said Ms Nderitu.

According to NCIC, Nairobi, Nakuru, Kericho, Kisumu, Uasin Gishu and Mombasa have been flagged as high-risk areas likely to witness electoral violence.

In the NCIC report, it was revealed that Coast region alone has 93 organised criminal gangs reportedly paid by politicians to cause mayhem during the electioneering period. The study conducted between January 2022 and April 2022, sought to establish the factors that are likely to trigger electoral violence across the counties, map out conflict hotspots with the potential for electoral violence and proffer recommendations on interventions. 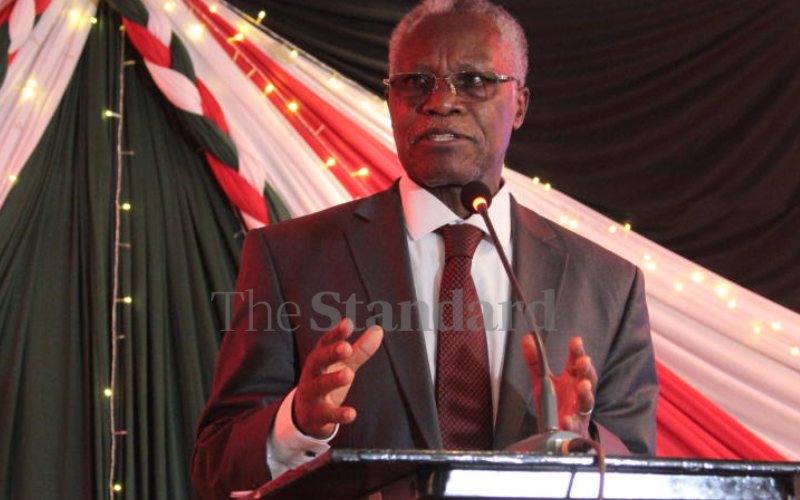 “When the leaders will go together in joint roadshows advocating for peace, we shall be passing a message to Kenyans that elections are not a matter of life and death and that there’s life after tomorrow,” said Nderitu.

According to the Registrar, political parties can have different opinions but that does not imply enmity. Ms Nderitu said they are working with the electoral commission to ensure politicians adhere to the political code of conduct.

She added that some 350 monitors across the country will attend rallies and ensure the leaders maintain the code of conduct.

Rev Samuel Kobia, the NCIC chairman, said electoral violence mostly erupts due to lack of integrity among the institutions charged with the responsibility of delivering credible elections.

“We shall only have electoral integrity if key institutions involved in election preparedness work together. Trust deficit in our institutions is what is causing election violence,” said Rev Kobia.

The institutions are the IEBC, Judiciary, office of the Registrar of Political Parties, the National Assembly and the National Police Service.

“We have adequate strategies towards delivering a peaceful election. We are already demobilizing the threats as identified in the NCIC report and there is no cause for alarm,” said Mr Osiya.