The years-long effort to reopen an iconic Vancouver Chinatown eatery aims to be faithful to little details, like nailing old recipes, and the big things — like recreating an almost 10-metre, three storey tall neon sign.

This week, Vancouver city council will consider approval of a grant of up to $50,000 to go toward the rehabilitation of the Sun Ah Hotel, a heritage building on the corner of East Pender and Columbia streets that was for decades home to a landmark restaurant and Vancouver’s most iconic neon rice bowl and chopsticks.

The next issue of Vancouver Sun Informed Opinion will soon be in your inbox.

The Ho Ho Restaurant opened in 1954 and was, for decades, a well-loved Chinatown landmark. In the 1990s, new owners took over and the eatery had a second life as Foo’s Ho Ho, but, for the last several years, the ground-floor and mezzanine restaurant space has sat vacant. 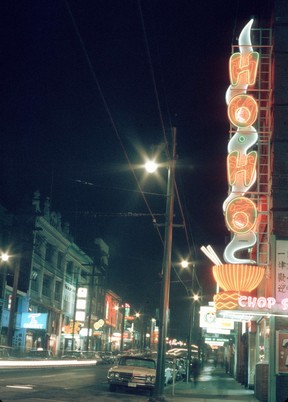 Businesswoman and philanthropist Carol Lee has been working since 2015 to reopen the Ho Ho, shortly after it closed the last time.

“This is a labour of love,” Lee said. “This has been a very arduous process.”

The Ho Ho is one of several of Lee’s initiatives to try to revitalize Chinatown. She chairs the Vancouver Chinatown Foundation, a charity she co-founded in 2011 that has spearheaded social-housing projects like 58 West Hastings and the May Wah Hotel, as well as the annual Light Up Chinatown festival and the Chinatown Storytelling Centre, which opened last year as Canada’s first institution of its kind dedicated to preserving the stories of early Chinese Canadians.

Outside her work with the foundation, Lee recently stepped into a new role: restaurateur. She had precisely zero experience in the restaurant industry before opening Chinatown BBQ in 2017, a new eatery designed to evoke a nostalgic sense of the neighbourhood’s history. 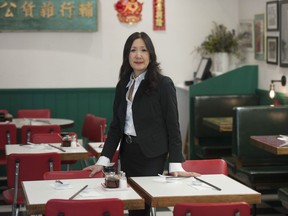 The Ho Ho will be Lee’s second restaurant, and like Chinatown BBQ before it, its mission isn’t only to fill customers’ orders, but also to fill a role in the broader community.

Lee is the daughter of the business magnate and philanthropist Robert Lee, who grew up in Chinatown. She has fond memories of a more vibrant era when people — Chinese and non-Chinese alike — regularly visited Vancouver’s Chinatown for shopping, dining and nightlife, and everyone felt welcome. The Ho Ho was a big part of that. Lee hopes it will be again.

Most of the eateries and nightspots from that heyday have since shuttered, and while Chinatown is still one of Vancouver’s most beloved neighbourhoods, it has also struggled in recent years. Longtime institutions — like the century-old kitchen shop Ming Wo — have closed, and local business associations have raised concerns about street violence, including anti-Asian hate crimes and assaults on seniors.

“Restaurants were a very important part of a thriving Chinatown,” she said, “and I actually think it’s the best way to bring people back.”

The new Ho Ho — which Lee hopes could be open by summer 2023 — will, like its predecessor, focus on “village-style Cantonese” cuisine. While Vancouver has no shortage of Chinese restaurants, Lee says the Ho Ho will include a few dishes that are difficult to find elsewhere, which could include curry potatoes with beef and sticky-rice stuffed chicken. 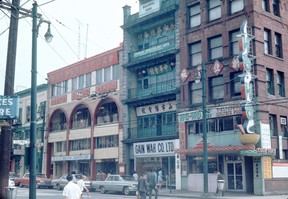 Lee and her team have tried to not only include menu items from the Ho Ho’s past, but also recreate specific recipes as closely as possible. For Jason Ye, who manages Chinatown BBQ and will also run Ho Ho, that included tracking down a Vancouver chef whose great-grandfather worked in the Ho Ho’s kitchen, to learn how to prepare certain dishes.

There were no cookbooks to be found, Ye said, “it’s all verbal teaching, they all learned on-site.”

“I hope that taste will bring back memories for a lot of seniors who used to grow up going to the Ho Ho, and that taste will transfer going down to the next generation,” Ye said. He wants to make sure his own children, now four and two, also know those flavours.

But getting the restaurant back up-and-running has been a long and difficult process.

The city staff report before council this week says the tall, narrow building is seen as a good example of a Chinatown ‘society building’,” many of which were purchased by Chinese benevolent societies as an investment for their members. The heritage building at 102 East Pender St. was built in 1911 and bought in 1926 by the Lung Kong Tien Yee Association, which still owns the property and provides affordable housing for community members in the Sun Ah Hotel on the building’s upper floors.

Previous Vancouver councils have already approved two grants to help the owners rehabilitate the property: in 2014 and 2015 council approved a pair of $50,000 matching grants for the creation of a replica of the historic neon Ho Ho Restaurant sign, and for renovations to enable the restaurant’s reopening.

This week, council is considering a grant to help with the costs of rehabilitating the building’s facade, to preserve its historic character and facilitate installation of the sign. The staff report says the project is intended to “contribute to the economic revitalization and stewardship of Chinatown,” and “is a nod to both Chinatown’s past and future.”

Civic historian John Atkin has been working as a heritage consultant on the Ho Ho project since 2015, particularly the recreation of the neon sign, which is being built by Galaxie Signs. 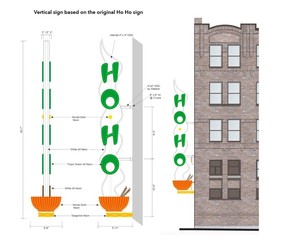 “We tried to be faithful to the original sign,” Atkin said. “Having the rice bowl, the steam flume and the chopsticks — that’s what everyone recalls. I think when people see it, they will really feel that something has come back.

“It’s been a long haul, but we’re getting there … I really do think that, when the sign is up and lit, it’s going to be one of those moments of: Chinatown is back.”

Gatineau police investigating fire in vacant home that resulted in an estimated $350,000 in damages

Cold snap: What to know as parts of Canada braces for extreme winter weather