Testifying before a special committee of MPs and senators set up to study the government's use of the Emergencies Act to shut down the protest that paralyzed downtown Ottawa and blocked several border crossings last winter, Jody Thomas said officials are aware a second convoy protest is in the works and her colleague Mike MacDonald, assistant secretary to the cabinet for security and intelligence, has already begun to prepare.

"Mr. MacDonald has already chaired meetings to start looking at how we're going to respond," Thomas said in response to a question from Senator Peter Harder. "DMs [deputy ministers] will be meeting for the first time about it this week."

Her comments come a week after James Bauder, the founder of a group called Canada Unity and one of the organizers of last winter's convoy protest, posted on social media calling for a Freedom Convoy 2.0 to descend on Ottawa from Feb. 17 to 21, 2023.

Bauder, who was among those arrested last February, is facing several charges. Among his bail conditions is not to return to downtown Ottawa.

Thomas said the government has learned a number of lessons from last winter's convoy protest — lessons that it has already begun to apply.

Thomas said two issues came out of the protest: the threat posed by some ideologically motivated violent extremists (IMVE) who participated in the protest and how the government understands open-source domestic intelligence.

"You can't just sit on Twitter and understand what is going on," Thomas told the committee. "You need to use tools, artificial intelligence, those kinds of things." 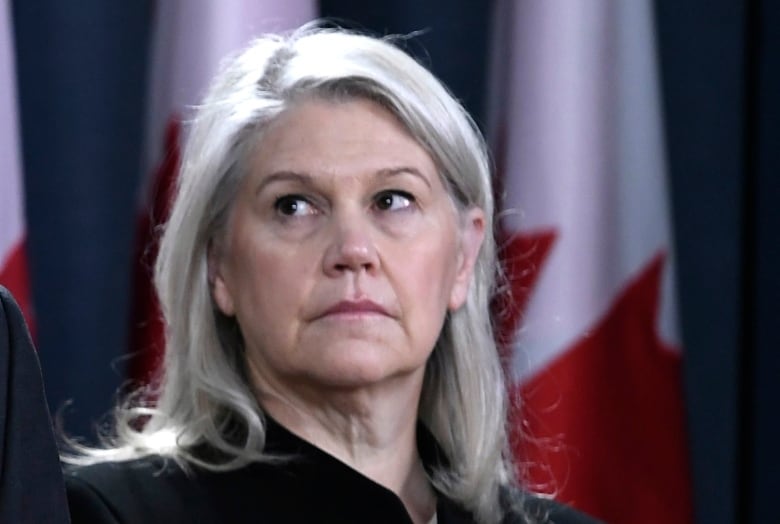 While Twitter is public, there are still rights to privacy so a legal framework is needed, she said.

"Understanding the information and the trends that are out there without associating it to individuals who are not persons of interest to law enforcement or intelligence agencies is a big, complex issue and it is something that we are focusing a significant amount of work on but we don't yet have an answer to."

MacDonald said the lessons learned from the convoy protest helped officials handle the Rolling Thunder motorcycle protest last spring and a protest on Canada Day. Thomas said not allowing trucks to stop was another lesson learned.

The government has also learned it has to take ideologically motivated violent extremists in Canada more seriously, Thomas said.

"We underestimate and underestimated — probably no longer — the ideologically motivated extremists," she told the committee. "This problem exists in Canada and it is here to stay. We need to understand what it is and have the tools to do something about it."

Thursday evening's hearing came shortly after a search warrant was unsealed, revealing that the number of firearms, ammunition and pipe bombs seized at the blockade of the border crossing in Coutts, Alta., was much larger than previously known.

Thomas said she hadn't been aware of the extent of the cache but the presence of weapons in Coutts influenced the federal government's thinking about the Ottawa protest.

Thomas also told the committee that online threats against public officials rose sharply around the time of the protest. "It was a significant concern."

Thomas also came under questioning, particularly from Conservative MPs, about the government's use of the Emergencies Act and the threshold it applied to invoke it.

Later, the committee heard from Jacob Wells, co-founder of the crowdfunding platform GiveSendGo who said 59 per cent of the money raised for the convoy came from Canada while 37 per cent came from the United States.

Wells also faced questions from the committee on some of the crowdfunding campaigns his site has hosted, such as ones for members of the Proud Boys. Asked by NDP MP Matthew Green whether he was aware that the Proud Boys were listed as a terrorist organization in Canada, Wells pointed out that it wasn't in the U.S.

Along Ukraine-Belarus border, a war of nerves – and drones

Top 25 roundup: No. 9 UCLA bounces back vs. Washington

No. 12 Gonzaga powers to easy win over Santa Clara

US seeks to expel Russian mercenaries from Sudan, Libya

No. 12 Gonzaga rebounds with easy win over Santa Clara

After delays in Dallas, Pistons ready to take floor vs. Hornets

Gatineau police investigating fire in vacant home that resulted in an estimated $350,000 in damages