Brad Vis has learned a lot about how to help after watching fire, flooding and landslides destroy parts of the communities he represents.

The Conservative MP for the riding of Mission-Matsqui-Fraser Canyon in British Columbia chokes up when he thinks about the struggle to support people who have lost everything.

"There are going to be calls that you're going to receive … and people [say], 'I don't have a house. What are you doing for me today?'"

"When that happens, you can't solve their problem right away, but you can be there for them and you can listen," he went on.

"You can't be a saviour, but people are going to ask a lot of you, and you got to protect your mental health, and you got to keep fighting because that's why you're here." 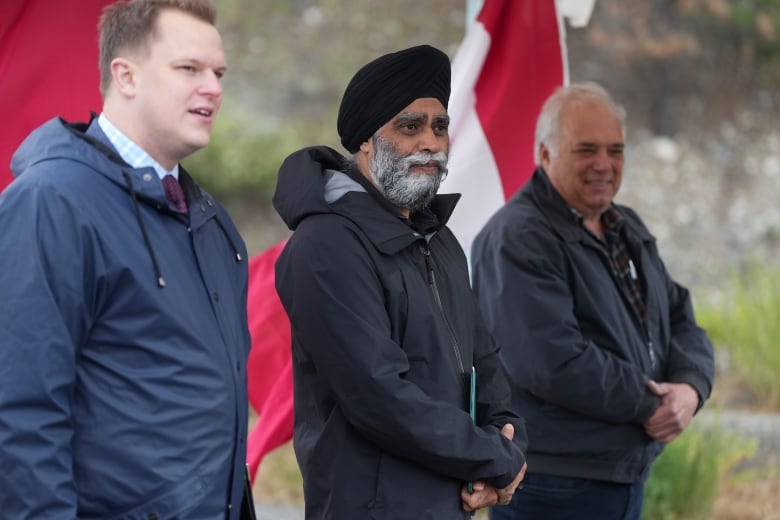 His riding was not only hit by landslides and flooding last November, but it also includes the village of Lytton, where two people died in July 2021 after record-breaking temperatures led to wildfires that destroyed most of the community.

During the discussion he shared his experiences with Nova Scotia Liberal MP Mike Kelloway, who is dealing with the effects of post-tropical storm Fiona in his riding of Cape Breton-Canso.

"It's gut wrenching," Kelloway said of the state of his community.

"I've seen people's homes destroyed. I've seen, I've heard stories of one gentleman who had a roof and it went into the air and it was found three streets over."

In the immediate aftermath of the storm, people were looking for tangible support, such as help clearing debris from their properties, answers about the lack of power or cell phone connectivity, Kelloway said.

WATCH | Many still without power after Fiona:Tens of thousands of people in Atlantic Canada are still in the dark five days after post-tropical storm Fiona struck, as repair crews face significant obstacles.

It sounds familiar to Vis, who remembers getting calls from people who were separated from family members and unable to contact them.

The challenges have continued to accumulate — from dealing with how relief money was dispersed to different communities, to learning the town of Lytton had lost all of its municipal records in the fire.

Preparing for the next disaster

Beyond helping to meet the immediate needs of their communities, the MPs agreed their parties have a duty to work together to prepare for when — not if — the next natural disaster strikes. It's a sentiment their constituents talk to them about.

Kelloway said that whether he's in the local legion or a community hall, people approach him and say, "'Mike, this once-in-a-generation storm, they're happening on a regular basis and climate change is real … And can you please work across party lines to do something about it?'"

Vis hears it, too.

For Vis, that means developing a more comprehensive national recovery strategy, working on better coordination with Indigenous communities that are on the front lines of natural disasters, and re-examining the role of the Canadian military so it can be deployed quickly, in any part of the country, during a crisis event. 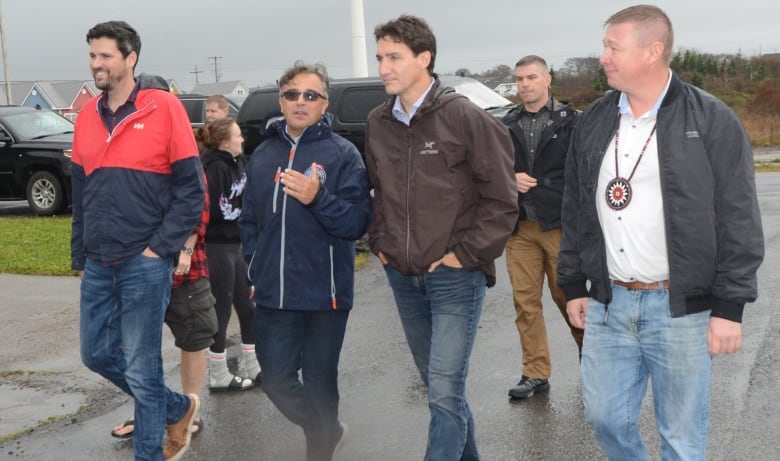 "We have to look very closely about how we deal with natural disasters, how we deal with climate change and what real and tangible infrastructure we're developing and investing in to deal with the next big thing that happens," he said.

"This is not a partisan issue. I think all Canadians understand that we need to do better and we can do better."

'A heck of a lot of kindness'

But in the middle of it all, both MPs were struck by the tremendous character and kindness shown by members of their communities, such as the family of recent immigrants in Glace Bay, N.S., who offered free food for several days from Jay's Chicken, the business they had recently acquired.

There's also the story of the Kirpa Collective in Abbotsford, B.C., a not-for-profit society that formed in the days after the floods struck. It mobilized volunteers to help with sandbagging and clean-up efforts and offered meals to evacuees and front-line workers.

"For every act of destruction, man, there is a heck of a lot of kindness," said Kelloway.

After the fires and floods in his riding, Vis said he was actually left with a sense of hope.

"When the disasters took place, people wanted to get up and they wanted to help. And I've never seen so many people eager to lend a hand to their neighbour," he said.

"We're lucky to have people that care about their country. And that's a beautiful thing that transcends politics. At the end of the day, Canadians want to help Canadians."

WORLD CUP: Same old story for Spain, crashing out in a penalty shootout

Two arrested in connection with attempted arson in Ahuntsic-Cartierville

Manitoba beekeeper moves hives to B.C. to keep them safe this winter

Vitamin D deficiency: Who is at risk and how to keep levels up this winter

Dinosaur attraction will return to Bingemans in Kitchener for March break

Canadians look to side hustles to make up for inflation pressure, but at what cost?

Inflation got you looking for extra income? What to know before starting a side hustle

Getting Canadian aid to Afghanistan can only happen with Criminal Code changes: officials

‘We jumped through so many hoops’: Homeless couple recount process in accessing social housing

Albanian opposition leader punched in face as he marches to protest

Can Niners contend with a QB who has yet to make his first NFL start? They think so, and so do others

FACT FOCUS: 5 full-court shots a stretch even for Curry