Montreal may be Quebec’s last bastion of resistance to François Legault’s Coalition Avenir Québec, but as evidenced from provincial election results on the South Shore, things change quickly once you cross the bridge.

Several ridings in the Montérégie region are CAQ strongholds led by some of the party’s heavy hitters, and that tendency was maintained Monday night as results poured in.

Lionel Carmant, minister of health and social services, had no trouble holding on to his seat in the riding of Taillon, where he had 41.8 per cent of the vote with 181 of 186 polling stations reporting, more than doubling Andrée-Anne Bouvette-Turcot of the Parti Québécois.

Carmant made headlines over the past four years by spearheading Bill 15, a proposed overhaul of Quebec’s youth protection regulations, adopted in April; and by announcing $1.15 billion — including $361 million in new funding — over the next five years to improve mental health services.

Health Minister Christian Dubé, who took over the position from Danielle McCann in June 2020, breezed through in La Prairie, winning 50.9 per cent of the vote with 147 of 161 polling stations reporting.

Dubé was first elected as a CAQ MNA for Lévis in the 2012 election, which saw the PQ win a minority government. He was re-elected in 2014, but resigned in August of that year to take a job as vice-president of the Caisse de dépôt, before returning to politics four years later. Despite having “some pretty tough moments over the course of the past two years,” as he told 98.5 FM in May, Dubé said he would return for another term, after talking it over with his family.

McCann announced she would not seek re-election earlier this year, following heated criticism of the Legault government’s handling of the deadly COVID-19 outbreak in 2020 at the Herron long-term care centre in Dorval.

That left McCann’s seat in Sanguinet up for grabs. Christine Fréchette had the task of holding the fort for the CAQ, and she was up to the challenge, holding 48.7 per cent of the vote in the riding with 131 of 147 polling stations reporting.

Minister of Culture and Communications Nathalie Roy was cruising to victory in Montarville with 45.7 per cent of the vote, with 164 of 173 stations reporting, leading Daniel Michelin of the PQ with 19 per cent.

The former journalist and lawyer has held her seat with the CAQ since 2012. In April, she announced a relaunch plan for Quebec’s cultural sector with $225.8 million in funding over three years to help it recover from the pandemic.

The Liberals had their own heavy hitter who did not seek re-election. Former health minister Gaétan Barrette announced in November 2021 that he would not run again in La Pinière, after being stripped of his duties in the Liberal shadow cabinet.

Quebec Liberal Party president Linda Caron replaced him as the party’s candidate in La Pinière, where she faced tough competition from the CAQ’s Samuel Gatien, a family doctor who recently entered politics. Caron held 38.4 per cent of the vote with 124 of 185 polling stations reporting, followed by Gatien at 32.6 per cent. Caron ran as a Liberal candidate in Vachon in 2018. 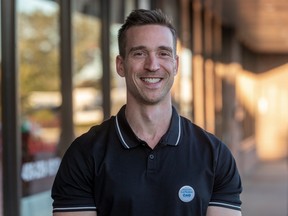 Another Liberal candidate, comedian Mathieu Gratton, was hoping to hold on to the party’s seat in Laporte, after veteran Liberal MNA Nicole Ménard announced in April that she would not seek re-election. Ménard served five terms in 15 years and was minister of tourism between 2008 and 2012 and chair of the government caucus from 2014 to 2017.

The CAQ’s Shirley Dorismond was vying to hang on to her seat in Marie-Victorin, and was well up with 33.1 per cent of the vote, with 146 of 151 polls reporting, ahead of the PQ’s Pierre Nantel with 24.8 per cent.

It was Dorismond’s second election this year. She won an April byelection to replace independent MNA Catherine Fournier, who was elected mayor of Longueuil in November. Dorismond beat Nantel in that race, in what was previously considered a safe PQ riding.

The CAQ was hoping to retain its seats in a couple of close ridings where the party’s previous candidates stepped down.

Marie-Belle Gendron, a former dentist and president of the chamber of commerce and industry of Grand-Roussillon, replaced Marie-Chantal Chassé in Châteauguay. Chassé had taken the riding with 37 per cent of the vote in 2018, and Gendron followed suit, holding 39.2 per cent of the vote with 172 of 183 polls reporting, ahead of Jean-François Primeau of the Liberals with 24.7 per cent.