To revolutionize the way computers, smartphones and other devices communicate with one another, Haifa-based Sonarax has developed a new connectivity protocol that works with soundwaves and “operates on any device that has a built-in speaker or microphone,” the company says.

The company unveiled its protocol — a standard that defines a way data can be exchanged over a computer network — last month at the World Mobile Congress in Barcelona, Spain. The machine-to-machine (m2m) connectivity based on soundwaves can be used for a variety of tasks, including mobile payments, authentication, IoT connectivity, and indoor navigation, the company said.

“People have been exchanging information via sound forever, so why can’t devices do the same?” Sonarax’s CEO Benny Saban said in a phone interview. 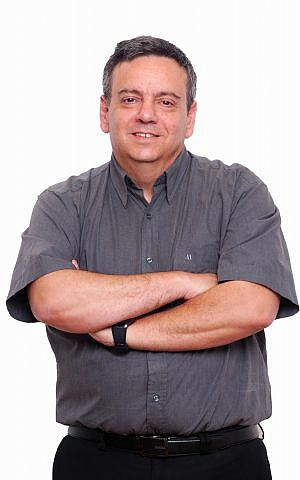 Saban explained that the idea of Sonarax comes from the very basic need to simplify connection and transfer of data between devices, offering added value to all existing providers of short-range communication standards such as Wi-Fi, Bluetooth, and NFC (Near Field Communication).

The ultrasonic technology can work everywhere, including underground and on an airplane, and does not make use of electromagnetic radiations but only needs sound to transfer data, Saban said.

Signal-processing algorithms developed by the firm code the data and transform it into ultrasonic soundwaves — outside human hearing range. Additional algorithms reduce noise, cancel echo, and enable direction and distance filtering, so that the technology can be used efficiently even where there are other interfering signals and sounds, e.g., at an airport or a rock concert, Saban said.

The algorithms are all wrapped in an SDK (software development kit) that is supported by all operating systems and does not require a lot of memory and computation power.

Encrypted data is kept safe when transferred, since coding them into soundwaves does not affect the encryption itself, he said. On top of that, Sonarax “has the ability to add any encryption key” in case it is needed. 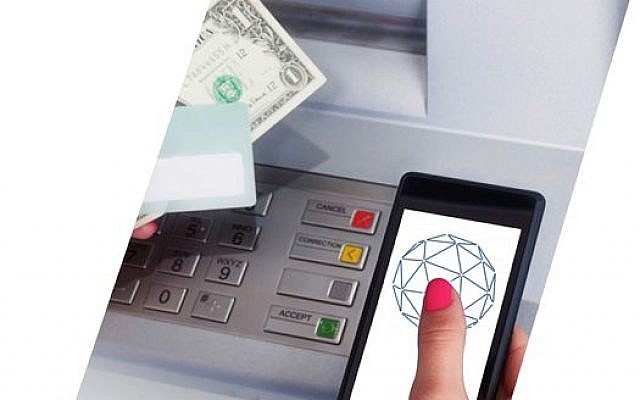 The technology can be used in the financial technology industry by enabling ultrasonic payment between smartphones and vending machines. It also allows for safe contactless interactions with ATMs.

It can measure the distance between objects and track direction, allowing for the indoor mapping of spaces where the internet, GPS, and cellular networks are not available.

The technology is already used by customers in Europe and abroad for these perposes as well as in the internet of things (IoT) industry, Saban said, mentioning Knowles — one of the world’s main manufacturers of MEMS microphones — among the company’s partners. In Israel, the firm is working with the Israel Museum in Jerusalem for indoor mapping.

Sonarax is “not there to compete with Wi-Fi, Bluetooth, and NFC,” but can complement them, Saban said. The system is cheaper to use than other connectivity protocols, he said, and can be applied to any system as long as it has microphones or speakers.

Sonarax was founded in 2013 and has been through two funding rounds. The company has raised around $3 million and is funded mainly by private investors, with the further contribution of the hiCenter of Entrepreneurship, a technology startup accelerator in Haifa.

Sheikh Jarrah resident: 'We don't raise our children to hate. It's reality that promotes hatred'

US Secretary of State Blinken speaks with Netanyahu

Excavating Hippos and the last Roman theater in the world

The six factors stoking the upheaval in Arab Israeli society

Israelis have come to expect prosperity. Rocket war could change that

After Arab neighbor is killed, Jews in Israeli city cower as rioters attack their homes

Netanyahu is leading Israel into civil war between Jews and Palestinians

Co-existence in Jaffa could cost Arab residents their homes

Without using the term, Pew survey unveils new data on US ‘Jews of color’

‘Why should we ask Israel permission to film its illegal activity?’

Neither Israel nor Hamas will back down

Israel’s leadership taken by surprise, in a conflict it failed to see coming

Israel’s hubris scored its own goal in Jerusalem

As Gaza conflict escalates, here’s what US Jews think about Israel

Proportionality of response: What it really means

Time for a manicure? Israeli startup’s 3D imaging, AI has got your nails covered

On the brink of war: Hamas surprised Israel and will probably pay the price

Why does COVID make people so sick, so quickly? Israeli geneticist has an answer

Six killed in Israel, including father and daughter, as Gaza rocket barrages persist

Daily Briefing May 12 – Is Hamas spurring Arab Israelis to intifada?

Israel-Gaza conflict: How this escalation compares with previous rounds

After reviving ancient dates, a Negev pioneer plants seeds against a dry future

The myth of Netanyahu, the man of peace