Fishermen community leaders from the region shared a video of an incident said to be from the previous week. 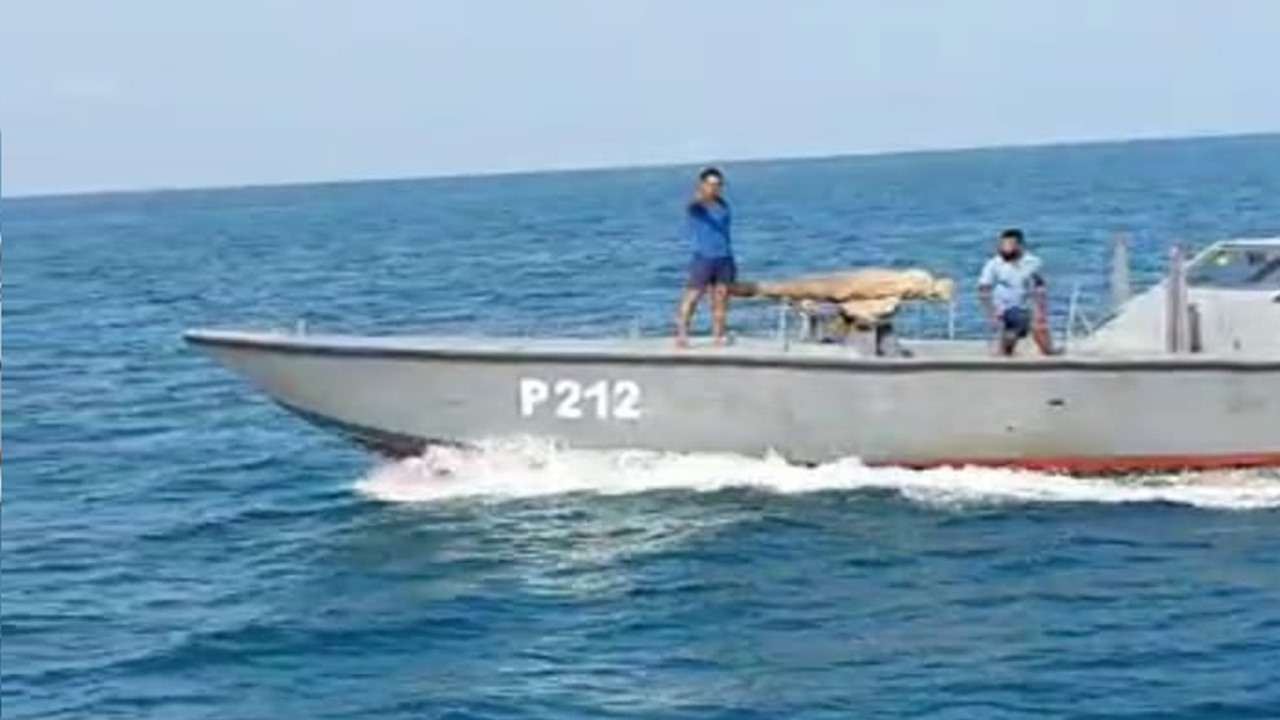 Fishermen from Rameshwaram in Tamil Nadu have alleged that they were attacked at sea by Sri Lankan Navy personnel and that an injured fisherman had received six stitches for an injury on his forehead, temple. Leaders representing the fishermen denied that their group had crossed into Sri Lankan waters and said that they were fishing between Dhanushkodi and Katchatheevu islands.

Nearly 600 boats are said to have headed towards the Palk bay from Rameswaram in Tamil Nadu. According to people in the region, the boat with 8-members on board, that was attacked was forced to return to Rameswaram after a fisherman was injured.

While video or pictures of today’s incident are not available, fishermen community leaders from the region shared a video of an incident said to be from the previous week. In the clip, a Sri Lankan patrol boat is seen travelling in parallel with an Indian fishing boat and the personnel on the patrol vessel are seen hurling stones. It is seen that the video was shot in a stealthy manner.

Leaders of the fishermen community allege that such incidents of intimidation and violence are very common and that their plight has not seen much improvement over the years.

Cinnathambi, Coordinator, Traditional Fisherman federation told Zee media that in recent times, the Sri Lankan Navy has been asking young recruits to hurl large stones and bottles at Indian fishing boats. He said that their community was anticipating the intervention of the Indian Government to ensure their safety.

Dark 7 White review: Sumeet Vyas' show is thoroughly convinced about its inability to engage with the viewer

J&K releases another list of Roshni Act beneficiaries; 2,195 'encroachers' from Jammu, 335 from Kashmir

Kalki Koechlin reveals details of her love story with Guy Hershberg, says 'he learnt to make biryani and I, shakshuka'

PSEB 2021: Punjab board releases Class 10, 12 exam registration dates; all you need to know

Mamata Banerjee Announces Health Scheme for All in West Bengal

CSBC Bihar Constable recruitment exam date announced at csbc.bih.nic.in; test to be held on 14 and 21 March

Entire Delhi Can Be Vaccinated against Covid-19 in a Month, Says State Immunisation Officer