Jaipur: Another lease of life to farmers 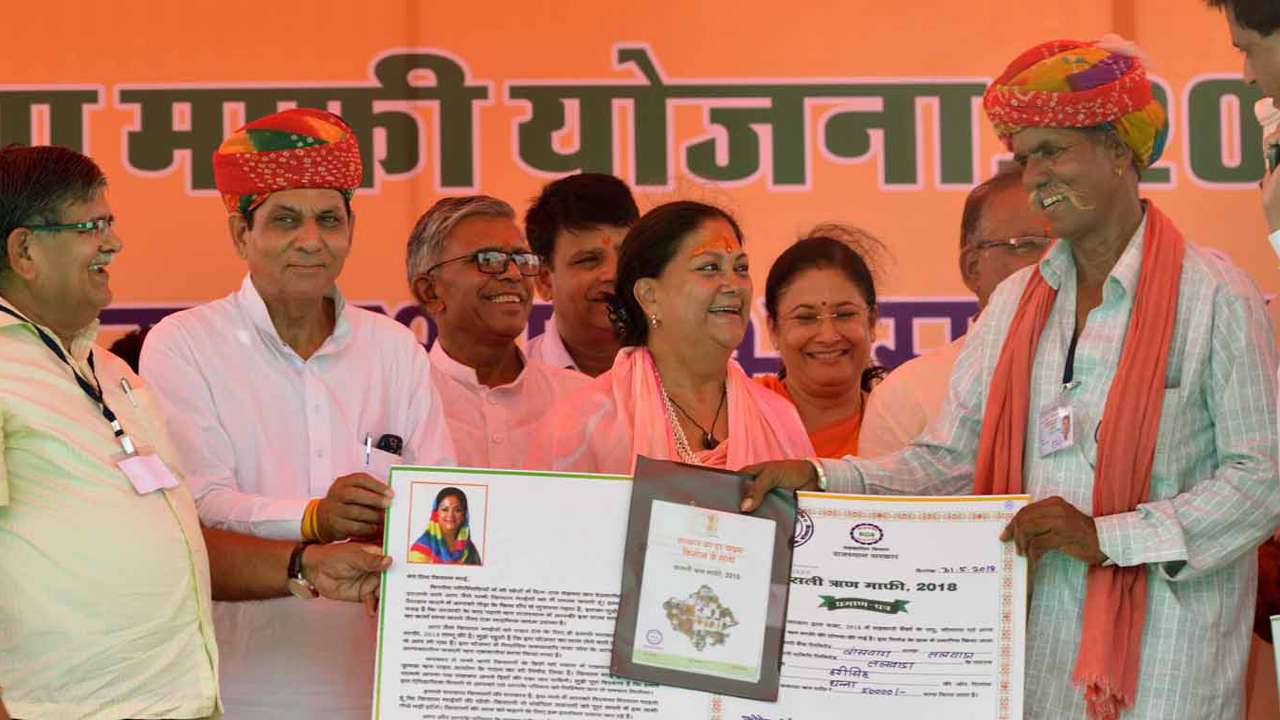 Vasundhara Raje CM Raje giving certificates in Banswara on the day of launch of the scheme. - File Photo

More than 29 lakh farmers have been benefited by the farm loan waiver scheme, which was launched by Chief Minister Vasundhara Raje from Banswara last week. The scheme not only provided much-needed relief to all debt-ridden farmers but also saved them the clutches of moneylenders.

“The scheme is unique in the sense that it not only waives off the outstanding debt of a farmer, but also makes the same farmer eligible for a loan amount similar to the one that has been waived off,” a senior official who is overseeing the execution of the scheme told DNA.

“The maximum waiver allowed per beneficiary is Rs 50,000. So, if a farmer gets a waiver of Rs 50,000, he instantly becomes eligible to get a loan equivalent to the amount waived off. However, the government does not want a farmer to apply for a loan. But if the farmer needs money, he can secure a further loan or he can go home with a clean slate,” he added.

“Those who have taken loans exceeding Rs 50,000 would get the benefit of loan waiver, however they will have to clear the remaining amount. After repayment, they are also entitled to borrow more loans for agricultural purposes. The scheme is beneficial for them as the small and marginal farmers are the most vulnerable. As these farmers are unable to pay the loan and they could fell in the trap of local moneylenders,” said the expert.

Centrally protected monuments of ASI to open from July 6; here are the instructions for visitors

'We find those who refuse to acknowledge or just brush you aside': Bhumika writes heartbreaking note on Sushant's death

Coronavirus won’t be present after 4 to 6 hours of death: official

Speaker should refrain from commenting against judiciary, says Sabbam Hari

Endosulfan: doctors to be called back to Kasaragod

Naidu yet to recover from election rout: Thammineni

TDB not to lease out its land for cultivation

Evaluation: Exemption for teachers above 55