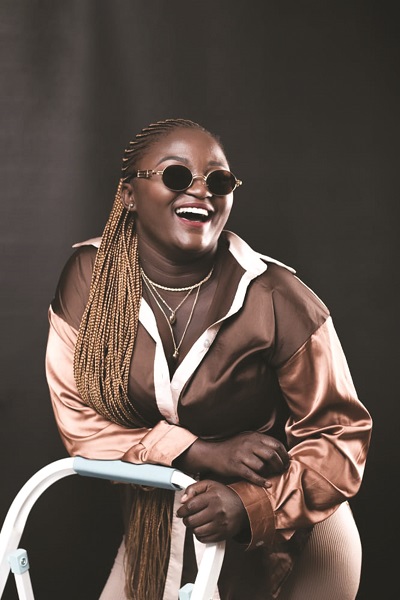 The Extended Play (EP) called Honour Array, comprises songs such as Khutso, Tokyo and Down Town.

She performed some of the songs at the EP launch on Saturday.

Born Irene Keneuoe Nagingo, the artist explained to Arts&Lifestyle that Honour Array is a reflective compilation on her reality back in the day. She said it covers the complexities about love and money, the things that people do for money and the loss of loved ones due to money and creed. She said the EP focuses more on what it would be like if love and money were balanced.

“I pour my heart out in this album by taking my audience on a roller coaster of emotions about my life. I can say it is a proof that I got tired of the different perspectives that people wanted to have on my life,” she revealed.

The EP is a fusion of Sesotho and Ugandan sounds and is a collection of eight songs.

Irysh Da Princess took a two years break from music because she could not stand the “beef” in the music industry in general. She re-assures her fans that she comes back “stronger than ever”.

In those two years, Irysh Da Princess attained a Diploma in Music from Rise Academy in Johannesburg. She said she has always been interested in the business part of music not just doing music as a hobby.

Even though she is working with an SA record label, she said she is still very much a Mosotho artist because she wants to stay intact to her roots, also she mentioned that she will be spreading the word about Basotho culture on international platforms. Taking us through the launch, Down Town singer appreciated the crowed, saying she was moved by the love and acknowledgement of her fresh lyrics and new melodies.