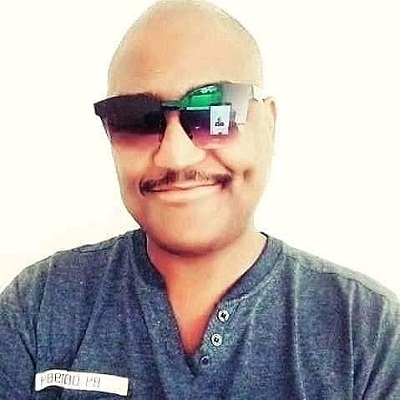 I have been following the story of baby Bontle Mashiyane from Mpumalanga in South Africa. A very tragic heart wrenching story of a six year old who was kidnapped raped and had some of her body parts removed allegedly for muti purposes. (*Please excuse the graphic nature of the following description) Her eyes, tongue, uterus and vagina as well as her ears were removed. Some of here inside organs were taken out as well. Basically her body was gutted. Bontle was last seen with a man by the name of Collen known in the neighborhood who was on parole for two previous similar murders. When the other two suspects were arrested, they confessed and it transpired that the next door neighbor, a lady who Bontle used to play with her 10 year old daughter was the actual mastermind. She used to join the family and community daily on their search for three weeks for Bontle, pretending to care knowing fully well that she has orchestrated her death. How cruel is that!

Now, with this happening, a few questions came to mind. How is it possible that there is a market for human body parts and what are the exact requirements for parole to be granted to a serial offender? Although correctional services is supposed to rehabilitate, when does the justice system lock up a serial murderer for life and keep them out of society for good? Does it have to take the brutal inhumane death of a six year old to finally deem them as un-rehabilitable. The other angle I considered was the use of human parts for muti. Much has been said about using virgin girls for purity and cleansing, such as when the HIV pandemic hit Africa, it was allegedly said by some traditional healers that if an infected man can have sex with a virgin child girl, they will be healed. The rate of rapes spiked in that period and many innocent souls were double traumatized. They suffered the indignity of rape, and most times than not, were infected with the virus at a very young age. They were just babies.

So, I’m no social anthropologist, but my socialization has taught me that such actions are not only taboo but are not based on any scientific or medical fact. It is a fringe in the traditional healing space to go to this extreme.

Traditional medicine and healing is an acceptable practice and many in our society ascribe to it and is freely practiced and accepted by many. Natural plants and herbs make up for a large amount of traditional medicine and many extracts of them are the base material for our modern medicine incorporated with scientific research. Ethical animal sacrifice forms part of many African rituals. This is normally based on the belief that blood has to flow to appease the ancestors. Certain animals were selected and chosen through time for such rituals and this still goes on even today. Whether it is a sheep, cow, goat or chicken, all of these have their place in our many traditional celebrations and are part of our heritage and culture.

Looking through history and the practices of the day, human sacrifice was a pagan practice and was deemed to be still unacceptable centuries ago. Not only because of its brutal unnatural form but also because of its unhygienic nature. No species can consume its own, that is why cannibalism of any species never happens. The innate God given nature of any species is to multiply and let the strongest survive. That is why the law of the jungle is to sieve out the weak to let the best pedigree to continue the legacy of the best of the genealogy. Life is about creating a better strong lineage of the bloodline. That is nature. When practices such as these inhuman sacrifices on using human parts from children are based on uninformed pagan acts, its is actually counter-intuitive to the natural cycle and behavior of life.  It is a well-known fact that inbreeding within family causes health and birth defects to offspring even with cousins two generations apart. Breeding within the same gene pool is detrimental to the growth of the human and animal race. Evolution strives and has survived due to the mixing of the best of the DNA strands of the two to always produce a better more intelligent and socially evolved human species. Our survival depends on our diversity. This is a classical example that the same is not always right. Different is best. This is why what we are seeing, scientifically and genetically of current human sacrifice that the ingestion of human parts of those in the same gene pool is taking humanity back. It is stalling evolution. This practice is bigger than the obvious. The study of genetics has taught us this through time.

Although a fringe group, we cannot allow it to compromise our very reason to evolve to being higher beings. We cannot breed within the same gene-pool period. The science here supersedes tradition. Now, how best do we incorporate our traditional and cultural practices into this modern world we live in? There has to be an axis at which the tri-factor of traditional medicine, science and technology intersect. We need to find that point at which all can complement each other. Culture and tradition need to always be respected with the clear understanding that culture needs to evolve with the times and modernity we live in without necessarily changing the core of the inherent intent and purpose of said culture itself. Many, a religion, tribe or sect have moved away from such practices, as an example, as female circumcision. With more rights, deservedly so being afforded to women and giving them rights and power over their bodies, this practice is now being seen as a gross violation of their bodies and is really, in the true meaning of the word, genital mutilation. The eradication of such practices has been a slow but steady move towards giving women power over their own bodies and needs to be fully supported by us men. It is an unnatural act to cut out a part of the female body that nature put there for its full function. Once there is a need by some to feel they own and can manipulate the body parts of others for their cultural or other needs we are swimming in very muddy waters. How, in 2022 is there a market for any human body part? Just the thought of it is sickening. Humanity has evaded this group of people and evil and sorcery has taken its place. They remain to live in medieval times with a premium put on human blood. A premium which threatens to sow a divide between honest holy prayer and evil satanic worship. In this day of blurred lines between truth and falsehood, good and evil, tradition and science, we run the risk of being caught in the quagmire of these opposing constructs of belief.

Going back to the initial point, we were examining the confluence of the tri-factor. I propose that with the correct and unbiased view of our current state, whatever one chooses and what works for them is their truth. As long as you operate within the lines of human dignity, fact and truth, considering the scientific observation and technological affirmation, the human spirit, the soul will always remain to be a complex field of continuous study and an open space of research. Nothing is always as it seems and we need to respect time and space to try to understand why and how the human mind, although in form is similar, operates in such divergent forms even if it goes against the very nature it was designed to serve.