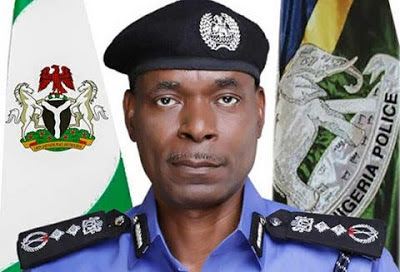 He described Amnesty’s report of October 21, 2020, that police personnel shot at peaceful protesters as “untrue, misleading and contrary to all available empirical evidence”.

Adamu said police officers, instead, “acted professionally, exercised commendable restraints and some paid the supreme price for peace during the recent protests and ensuing violence in some parts of the country.”

This was contained in a statement on Friday titled, ‘EndSARS Protests: Police Personnel Were Professional And Exercised Maximum Restraints – IGP Tells Amnesty Int’l’.

Adamu said, “During the protests, officers of the Force used legitimate means to ensure that the protests were carried out in a peaceful manner and in most cases, physically protected and walked side-by-side with the protesters.

“Even when the protests turned violent in some parts of the country, the officers still maintained utmost restraint and did not use excessive force in managing the situations.

“Available Reports show that 22 police personnel were extra-judicially killed by some rampaging protesters and scores injured during the protests. Many of the injured personnel are in life-threatening conditions at the hospitals.

“205 police stations and formations including other critical private and public infrastructure were also damaged by a section of the protesters.

“Despite these unprovoked attacks, our police officers never resorted to use of unlawful force or shooting at the protesters as alleged in the report.

“It also beggars imagination that Amnesty International failed to mention or pay tribute to Police officers who were gruesomely murdered during the protests while serving their fatherland.

“The Force decries the discriminatory tendencies exhibited by Amnesty International as seen in the report. One wonders if in the estimation of Amnesty International, police officers are not also human beings equally entitled to the protection of their fundamental rights to life and dignity of human person.”

The IGP noted that the Force is committed to the Federal Government’s ongoing reforms of the Nigeria Police Force. He also enjoined Amnesty to subject its reports to “adequate scrutiny and proper verification of facts before making the reports public”.

Тот Tottenham midfielder Winks scored from 49 yards. This is the 3rd result in the Europa League, all - in this draw
This miss will hurt all men: Molde player missed from half a meter and drove into the bar
Mikel Arteta: I am Very happy with Pepe's game against Molde. Arsenal played well overall
Napoli players came out in t-shirts with Maradona's name and number 10 for the Europa League match
Daniele Bonera: Milan is happy with the game with Lille and only regrets the result
Neymar on Maradona: You will always remain in our memory. Football is grateful to you
If football was a movie, Diego would be its main character. Showsport readers say goodbye to Maradona
Source https://www.nigerianeye.com/2020/10/endsars-igp-replies-amnesty-says.html?utm_source=feedburner&utm_medium=feed&utm_campaign=Feed%3A+Nigerianeye+%28NigerianEye%29

In Search Of Lai Mohammed By Azu Ishiekwene

Nigeria Is Third Most Terrorized Country In The World —Report

It Is Disheartening That PDP Is Dying Slowly – APC

Laycon Reacts After Erica’s Manager Called Him A Manipulative Person

“Empower your circle” – Davido reveals how to stay rich

‘Life Is A Journey, Not A Competition’ – Crossdresser Jay Boogie Throws Shade At Bobrisky

“Manipulative As Ever People” – Erica‘s Manager Drags Laycon Over Interview

Champions League: Klopp reacts as Liverpool lose to Atalanta, fail to qualify for Round of 16

Review: Does ‘A Day In The Live: Wizkid’ bring the Starboy closer?

Watch Kizz Daniel in the cinematic visuals of ‘Boys Are Bad’