Everything you should know about the new Twitter voice note 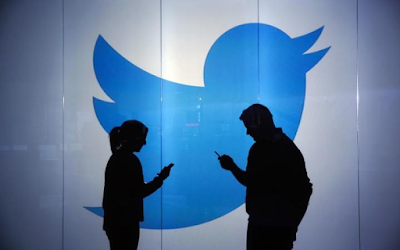 Twitter is rolling out tweets with audio, similar to voice note, on iOS, and according to the firm, the feature is to add a more human touch to the way users interact on the microblogging platform.

“Over the years, photos, videos, gifs, and extra characters have allowed you to add your own flair and personality to your conversations.

“But sometimes 280 characters aren’t enough and some conversational nuances are lost in translation. So starting today, we’re testing a new feature that will add a more human touch to the way we use Twitter – your very own voice.

To start, open the Tweet composer and tap the new icon with wavelengths. You’ll see your profile photo with the record button at the bottom – tap this to record your voice.

Each voice Tweet captures up to 140 seconds of audio. Once you reach the time limit for a Tweet, a new voice Tweet starts automatically to create a thread. Once you’re done, tap the Done button to end your recording and go back to the composer screen to Tweet.

People will see your voice Tweet appear on their timeline alongside other Tweets. To listen, tap the image.

On iOS only, playback will start in a new window docked at the bottom of your timeline and you can listen as you scroll. You can also keep listening while doing other things on your phone or on the go.

Creating voice Tweets will be available to a limited group of people on Twitter for iOS to start but in the coming weeks everyone on iOS should be able to Tweet with their voice. Everyone will be able to see (hear) them and reply.

“There’s a lot that can be left unsaid or uninterpreted using text, so we hope voice Tweeting will create a more human experience for listeners and storytellers alike.

“Whether it’s #storytime about your encounter with wild geese in your neighborhood, a journalist sharing breaking news, or a first-hand account from a protest, we hope voice Tweeting gives you the ability to share your perspectives quickly and easily with your voice.

“We can’t wait to see how people will use this to make their voices heard and add to the public conversation,” Twitter stated.

Hoffenheim Director on leaving juniors for Bayern: It hurts us because we do all the work at the Academy for them
Atalanta President: PSG is a very strong team. It will be like going to school for us
Bruno was named player of the month in the Premier League for the second time in a row
Giovanni van Bronckhorst: I can't imagine Barcelona without Messi
Zlatan on the future in Milan: Ibra is not a player for the Europa League
Fiorentina wants to get Higuain as part of Chiesa's exchange to Juventus
Direct shots from a corner are a deliberate technique of the team from Portugal. Scored the winning goal in the 91st and moved closer to the Europa League
Source http://www.nigerianeye.com/2020/06/everything-you-should-know-about-new.html?utm_source=feedburner&utm_medium=feed&utm_campaign=Feed%3A+Nigerianeye+%28NigerianEye%29

US pilot survives as aircraft crashes in Afghanistan

COVID-19: Panic in Nasarawa as cabinet members go on self-isolation

Lagos Assembly lawmaker ‘might have died of COVID-19’ – Colleague

Why Magu may not make bail soon

BBNaija: How MultiChoice Enriches the Lives of Creatives Entrepreneurs, By Pamela Osagie

Northern Group Questions Alledged Replacement Of Atta On NNPC Board

Pogba: I will help push Greenwood to reach the top

NDDC Boss, Daniel Pondei and the N1.5bn that has got Nigerians talking

Zlatan Ibrahimovic: If this is the situation, I won’t stay at Milan

‘God Forbid That I Go Back To My Ex’ – Ultimate Love Reality Star, Bolanle

With 150 vaccines in development & 19 in clinical trials, there is real progress in ending Covid19

A call to build COVID-19 reference museum in Nigeria, Globally

Five things to know about Poland

Bola-Ige’s daughter, others seek review of law against suicide attempt