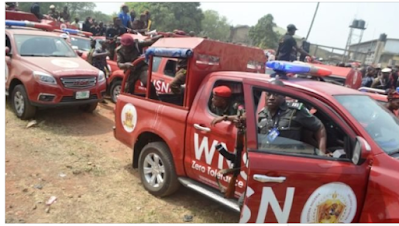 The Northern Elders Forum says the appointment of new service chiefs is not enough to bring the needed change Nigerians expect to see in the country’s war against insurgency and sundry security challenges, adding that the President, Major General Muhammadu Buhari (retd.), must exercise leadership as the Commander-In-Chief of the Armed Forces.

“The key is the president, he has to change his attitude to the defence and security of this country. You cannot run this country with all these security challenges and maintain the distance that he maintains with what is going on. You listen to the president and his spokespeople are telling you the situation is better than it was in 2015. It is a very disturbing thing when you hear this.

“There are no suicide bombings now but the population of Nigerians living under Boo Haram is large, huge and unacceptable,” NEF Spokesman, Dr Hakeem Baba-Ahmed said on Wednesday while featuring on Channels Television’s Sunrise Daily programme.

After much pressure from Nigerians for the President to bring in fresh hands to pilot the country’s anti-terrorism war especially against Boko Haram in the North-East, Buhari announced the appointment of four new service chiefs on Tuesday.

But the northern elders said the replacement might not be effective if the president lead the new crop of service chiefs the same way he led the former commanders.

The group, speaking through its spokesman, Baba-Ahmed, said, “At last, it appeared that the President has considered that it is time for him to appoint new service chiefs.

“Our hope is that he is not just responding to public opinion but he himself acknowledges the fact that all service chiefs have ran out of steam. Their leadership did not produce the results it was intended to produce.

“But we don’t the nation to be carried away. It is important that the Armed Forces have a new leadership but they have a huge task and it has to start from the president.

“We have a Commander-In-Chief of the Armed Forces. The president has responsibility to lead the new service chief in a better way than he did in the past. He needs to recognise the fact that he has a role.

“He (Buhari) needs to have a closer eye on what is going on and hold the new service chiefs accountable to make sure that the changes are brought into the military in terms of conduct, professionalism, integrity, morale of the fighting forces and change in tactics.

“If these new service chiefs are led in the same manner the president exercised the distance between him and the conflict that the military is fighting, we are going to have the same problem.”

Baba-Ahmed also said Nigerians would know if the president made the right choices in his appointment of the new service chiefs in the next seven months.

A representative of Laporte's headquarters: We have not communicated with Arteta. Koeman's work deserves praise
Investing in solar energy, healthy food, and Weddings: A guide to Levandowski's immense business empire
Paul Scholes: Tiago doesn't look like a player fit for Klopp. He would be more suitable for Manchester United
Salah may be called up to the Egyptian national team to participate in the Olympics
Fosu-Mensah tore up the crosses and was out for a few months. Manchester United sold him to Bayer Leverkusen in January
Antonio Cassano: Does Conte understand that he is not Guardiola? Inter were just ridiculous in the Champions League
Juve will win again if Ronaldo is not in the starting line-up. They need a quality centre-forward, they don't grow as a team. Ventola about Cristiano

How our co-tenants gagged my mouth with cloth, took turns to rape me —Teenager

How I was lured to Libya for prostitution - Human trafficking victim

Will Smith opens up about running for president

Our abductors threatened to kill, fry and eat us – Jangebe schoolgirls

Bandits: Nigerians’ll be informed if ransom was paid to release abducted students – Presidency

Ganduje’s ex-aide, Yakasai speaks on arrest by DSS, thanks Nigerians

Zamfara: Bandits threatened to kill, fry and eat us – Victim

Zamfara schoolgirls: No citizen should be kidnapped again – Atiku

Our abductors threatened to kill, fry, eat us — Jangebe schoolgirls

We can’t all be xenophobes

Why Gumi should not cause disaffection in the military

Insecurity: Shekau not spirit, can be arrested by prayers – Primate Ayodele

States should lead in economic recovery and sustainable growth

Man City vs Wolves: Guardiola reveals players he will drop

Prices of food items rise in Kano, Abuja, Lagos, others

Buhari Promised Zamfara Abduction Will Be Last Under His Administration: Minister

FG sets up c’ttee to curb employment fraud in MDAs

NALDA harvests 25,000 litres of urine from 5000 rabbits for fertiliser in Imo