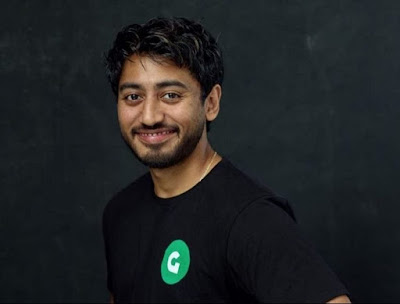 Fahim Saleh, chief executive officer of Gokada, was reportedly killed by an assassin in a “financially motivated” operation.

Daily Mail is reporting that Saleh’s murder came as he is being sued over his prank call app by a man jailed for using the mobile tech.

Saleh, aged 33, was murdered in his apartment on Tuesday. Gokada, his motorcycle-hailing company, helped residents beat road traffic in Lagos.

He also had a prank call app in the US known as PrankDial which got him into trouble.


According to Daily Mail, a former prison deputy director jailed for using the app to listen to employees talk about him during calls, sued Saleh, claiming the app deceived him to think such usage was legal.

It also quoted police sources as saying his killer rode with him in the elevator up to his apartment where he got out and attacked him.

“The killer, dressed in a mask, gloves and hat and wearing what police sources described as a ‘ninja outfit’, had a suitcase with him – presumably to remove his remains when he’d finished the job,” the report added.

The killer was said to have abandoned the scene and escaped midway into the operation when Saleh’s sister showed up unexpectedly. He reportedly left his electronic saw behind.

The New York Daily News reported that autopsy shows the assassin “stabbed him repeatedly in the chest to kill him”.

It also quoted police sources as saying the killer “used a stun gun to incapacitate Saleh before murdering him.”

“He was dressed like a ninja, full out, so you can’t even see his face,” it quoted a source as saying.

“He clearly knew what he was doing. We think his intent was to get rid of the body parts and go back and clean it up and make it look like nothing happened. He left before he finished the job.”

No arrest has been made yet over Saleh’s killing but the New York Times reported that effort was made to “clean up any evidence”.

“There were several large plastic bags in the apartment,” it quoted a law enforcement officer involved in the matter as saying, adding that “it appeared that some effort had been made to clean up any evidence of what had happened.”

City has fought back from UEFA and is ready to update: Pep has 300 million on transfers, Ferran Torres and ake have already been taken, and Coulibaly is on the way
I love Fulham. I'm sure it's going to hurt, but it's permanent
Streich-the main thinker of German football: does not watch the Premier League, talks about Dostoevsky and empathy
Dembele worked in the General group of leopards in front of Napoli. He has not played since November
Casemiro on respect for Zidane: I still get excited when I talk to him. It's incredible
Cakir will referee the Barcelona-Napoli match in the Champions League
Detailed analysis of the game of 18-year-old Ronaldo for sporting against Manchester United. 6 days later, Cristiano became a United player
Source http://www.nigerianeye.com/2020/07/how-gokada-ceo-was-murdered-by-assassin.html?utm_source=feedburner&utm_medium=feed&utm_campaign=Feed%3A+Nigerianeye+%28NigerianEye%29

How Lampard tried to block Willian’s move to Arsenal

‘No contact’ from Man United over Sancho say Dortmund

My husband is lazy, he demands money from me, woman tells court

Germany records over 1,000 new virus cases, highest count since May

BBNaija 2020: Why I changed my attitude – Praise

Plane with 20 tons of UN medical supplies arrives in Beirut

BBNaija: Shut up your mouth -Ozo rages at Prince (VIDEO)

Niger Delta is not getting enough from her resources — Rep Waive

Experts from ECOWAS meet on deployment of regional visa

Muslims are being blamed for England’s Coronavirus outbreaks

Mubarak Bala And Trial Of Islam In Nigeria By Leo Igwe

Roma sold to US businessman Friedkin for 591 million euros

When will the Nigerian government act against the possible infiltration of Al-Qaeda and ISIS?

Nigerians react as US alerts of ISIS, Al-Qaeda invasion

Female Soldier Dismissed For Getting Pregnant After She Was Gang Raped