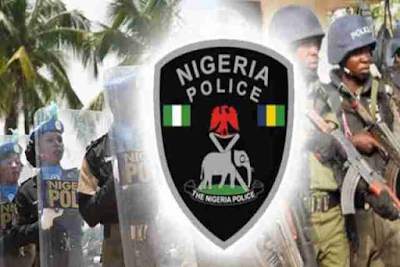 Mrs Christisna Nnatuanya, widow of Linus Nnatuanya who allegedly died in the custody of disbanded Special Anti-Robbery Squad (SARS), in Awkuzu,  Anambra, says she is ashamed that she can’t show her seven children the grave of their father.

Nnatuanya who testified at the Judicial Panel of Inquiry (JPI) on SARS activities in Awka on Tuesday said her husband was arrested at Ogbaru area of Anambra in January 2007 without warrant.

She said she could not see her husband until about six days when somebody told her that police personnel arrested some people in the area.

Christian said she later found her husband in SARS cell at Awkuzu.

She said her deceased husband told her he was arrested on the allegation that he was a member of the Movement for the Actualisation of the Sovereign State of Biafra (MASSOB).

“The heat and stench was much and my husband was allergic to heat. So they said I should go and bring N400,000, but I did not have it. I later raised N40,000 and on getting there, they said he had been moved to Abuja.

“It was one man by the name Ugochukwu Eze from Ebonyi who was arrested with him that told me that my husband had died in SARS cell; since then, all efforts to see him or his corpse have failed.

“People mock me that my husband died in SARS cell and there is no grave where I can point at where he was hurried. If only they can show me where they buried him, I can take the sand home for burial,’’ she said.

The petitioner said the panel should award compensation of N50 million to her and her children to cushion the pain of the loss and that the officers who were responsible for her husband’s death be brought to book.

In response, SP Innocent Obi, of the Legal Department of the State Criminal Investigation Department (SCID) Anambra, said there was no record related to the matter with the Police and prayed the panel to rule that there was no infringement on the part of the Police.

Hon. Justice Veronica Umeh, Chairman of the panel said investigation would continue on the matter.

Messi went mad: he hit his opponent on the head and got his first red card for Barca (753 matches!)
Barcelona screwed up. We did not defend well, no one suggested to each other. Griezmann on 2:3 with Athletic
Messi hit Villalibre on the back of the head and received the first red card in 753 matches in Barca
Conte on 2:0 with Juve: Inter learned to feel the blood and kill the game
Vidal about 2:0 with Juve: Inter beat the best team in Italy. We believe that we can win the Scudetto
Pirlo about 0:2 with Inter: Juve could not have played worse, the team just did not come out on the field
Pep on 2nd place: City fell behind Liverpool and then won a few matches. Now I'll have a glass of wine
Source https://www.nigerianeye.com/2020/11/i-am-ashamed-i-dont-know-my-husbands.html?utm_source=feedburner&utm_medium=feed&utm_campaign=Feed%3A+Nigerianeye+%28NigerianEye%29

Navy intercepts over 100,000 litres of diesel, arrests 24 suspects in Ondo

Ekiti Gov’t Sets Aside N1.4 Billion For Amotekun In 2021 Budget