Chelsea manager Thomas Tuchel says he joined the West London club to win trophies and is confident the club has the ‘culture’ required to fu... 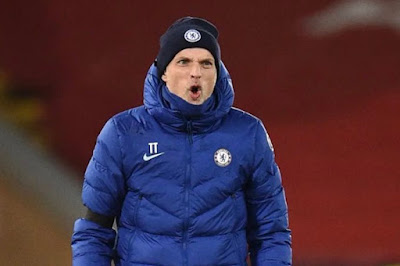 Chelsea manager Thomas Tuchel says he joined the West London club to win trophies and is confident the club has the ‘culture’ required to fulfil his ambition.

Asked at a press conference if the Champions League is his side’s clearest path to a trophy this season, Tuchel replied: “Maybe when you are in the final.

“We are in the second leg of the quarter-final of the Champions League, you will not find any team who does not have the goal to reach the semi-final.

“There is nothing to hide. This is a club that has culture, a structure, to win titles and win games consecutively. Chelsea is the club that has the culture and the history and mentality to do so.

“I am here to win titles, I am here to win games and as a result, win titles. This is what I demand of myself so why should we now say anything different? If you want to win in five years or three years, I don’t know what that is.

“We are here to perform in the second leg of the quarter-final, this is what we do and then hopefully after tomorrow we can talk about a semi-final.”

VIRAL VIDEO: “You Are Stealing My House!” – Palestinian… “If I Don’t Steal It Someone Else Will” – Israeli

Ogun businesswoman disappears on way to vigil in Lagos

I was written off but never gave up – Iheanacho

Premature ovarian failure: A cause of infertility

FG to auction N150bn bonds in May

Senate to hold zonal hearings on constitution review May 26

Only 15,418 compliant firms can do FG’s businesses – PenCom

Policeman engaged in brawl killed in Zamfara for eating during Ramadan

OPC plans squads to fight kidnapping, others in Ogun

Lagos businesswoman shares apartment with intruder for one year

We know where kidnappers are, only being careful – Lai Mohammed

Nigeria needs to do more to protect her citizens

‘Political leaders must unite to save Nigeria’

Imperative of LG autonomy in Nigeria

How semitrucks are crash tested

Barca title hopes hanging by a thread after Levante draw