Kashamu: Mourn me as you like when I die, Obasanjo replies Tinubu, Fayose 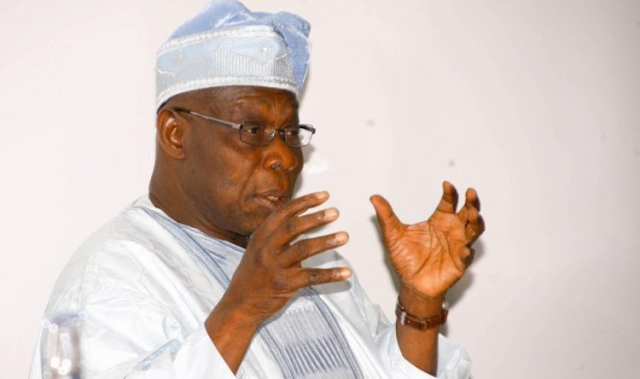 Nigeria’s former President Chief Olusegun Obasanjo has said he does not care what people say about him when he die.

Recall that Obasanjo had on Saturday released a controversial statement on the death of Senator Buruji Kashamu, saying that the former lawmaker used politics and legal means to escape justice but could not use the same to stop death.

In his words: “The life and history of the departed have lessons for those of all us on this side of the veil. Senator Esho Jinadu (Buruji Kashamu) in his lifetime used the maneuver of law and politics to escape from facing justice on alleged criminal offence in Nigeria and outside Nigeria.

“But no legal, political, cultural, social or even medical maneuver could stop the cold hand of death when the Creator of all of us decides that the time is up.

“May Allah forgive his sin and accept his soul into Aljanah, and may God grant his family and friends fortitude to bear the irreparable loss.”

But Obasanjo in an interview with Premium Times said it was okay for people to mourn every death but that the living, including himself, must draw the right lessons from the lives of those who have died.

He said it was only in doing this that the society can make progress.

“When I was growing up, in our community, when anyone known with bad character died, we usually only mourn him and bury him. No eulogy. No praise-singing.

“There is an English saying that urges us never to talk ill of the dead. But in this case, we are not talking ill of the dead. We are only drawing lessons from the life and history of the dead. I am not gloating over his death. It is sad for anyone to die and we must mourn him.

“But we must learn from such a passage. There will be bad lessons. There will be good lessons. But we should not just be praise-singing or eulogising the dead, especially when there is no need to do so.

“We should not cover up bad histories and conducts so that the right lessons can be learnt,” Obasanjo states.

The former President said he did not care what people would say about him when he died because he had said the right thing about Kashamu.

“As you know, I say my mind as truthfully as I know them and in line with my convictions. People are free to say whatever they want about my comment. I don’t begrudge people for holding opinions on whatever I say or do.

West ham offered 23+10 million pounds for defender fofan. Saint-Etienne refused
Andy Cole on £ 109m for Sancho: it's crazy money. Manchester United will not spend them at random
Juventus loaned Luca Pellegrini to Genoa
Palace, Brighton and Sheffield want to buy Brewster. Liverpool ask for 25 million pounds
Milan have offered 4 million euros for the striker Bodo-Glimt Gauge. He scored them in the Europa League
Atletico showed a photo of Suarez in three sets of uniforms
Lemar is Interesting to Leipzig
Source https://www.nigerianeye.com/2020/08/kashamu-mourn-me-as-you-like-when-i-die.html?utm_source=feedburner&utm_medium=feed&utm_campaign=Feed%3A+Nigerianeye+%28NigerianEye%29

‘And they say Boko Haram has been technically defeated?’; Reactions as terrorists attack Zulum again

#BBNaija: Neo wouldn’t be able to handle the fame and attention I’ll get outside – Vee complains bitterly

#BBNaija: “After we leave here, there are certain people I’m still going to look out for” – Laycon reveals plan for Erica

#BBNaija: “Aside me, I think Neo might emerge winner of the Lockdown edition” – Dorathy

#BBNaija: “I feel Laycon has a bigger chance of winning, he wants the best for everyone” – Vee

If Laycon comes out of the competition & doesn’t thank me, it wouldn’t make me hate him – Nkechi Blessing

Tribal Slurs: Are they derogatory terms that disunite us or simply bants?

Being drunk is no excuse to pounce on her

EPL: Arsenal told who to sign between Partey, Aouar

Announcing FUJI: A Opera – An original stage production coming to Theatre this December

It’s not a reaction, your skin is just purging | #SaturdaySpecial on YNaija

Tragedies going on in the world evoked my new music —Korpacz

Duties of the husband

REMEMBER BLO? LAOLU AKINS on his  adventures in the land of music

She dated another man, aborted his pregnancy after I lost my bank job —Husband

This is your last chance for peaceful dissolution of Nigeria, IPOB, Oduduwa agitators tell FG

‘My father sold his land so I could join my husband in Malaysia, but while there, he beat, stripped me naked always’

Policeman arrested for killing one, injuring 3 others in Sokoto

My baby has a tied tongue

APC declares suspension of Fayemi, Ojudu, others a nullity

Should we break up because of different social statuses?

Any health hazards with high heels?

Ngige and the fight against ‘gate crashers’ in Anambra APC

How Col Bako gave his life protecting his people

Does it have to come to this?

Nobody can remove me as king, I will rule for 67 years – Oluwo of Iwo

How I manage advances from male admirers —Actress, Laide Bakare

How Oshiomhole would have danced if Obaseki lost

What Anenih predicted about the fall of Oshiomhole ― Orbih