Other states must learn how Lagos is fighting coronavirus - FG 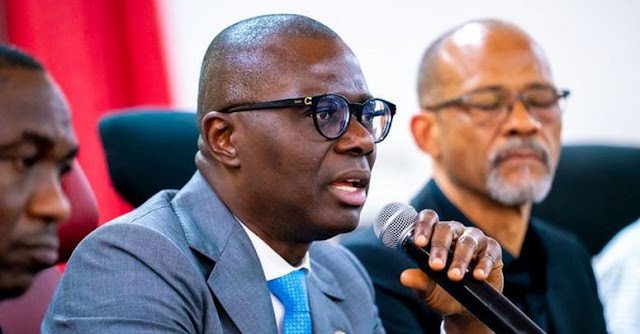 The Federal Government has said other states will have to understudy Lagos State’ anti-coronavirus efforts.

Minister of Health, Dr. Osagie Ehanire, stated this during the briefing of the Presidential Task Force on COVID-19 on Tuesday in Lagos.

According to him: “Other states are as prepared as can be but Lagos is of course the frontrunner. More than 50 percent of all the cases of coronavirus in the country are here in Lagos, and because of Lagos International airport, and the fact that most travelers coming into the country come in through Lagos.

“Lagos states has the additional advantage that they did very well in 2014 when they were handling the Ebola case, so there is a lot of institutional memories which is left over, which is helping a lot and I have told the Commissioner that as other states begin to develop their public health response and protocols, they will come here and do some studies, maybe one or two weeks of hand-on to learn the tricks that Lagos has.

“Lagos is very well prepared and other states are trying, and there are only few cases outside, so there is no comparison with what is here in Lagos”.

Concerning finding a cure for the virus, especially locally made cure, Ehanire said: “As to local cure, we look into every assertion.

“We do not throw away any suggestion but the efficacy and effectiveness of the medicine has to be proven before we can recommend it for people to take. So those traditional methods of cure are subject to study.

“The coronavirus is new and the medicines that might work against it are not very clear. Different trials are going on in different places.

“The use of convalescent plasma is being tried, which is seeking from people who had coronavirus and have been treated successfully, so you can take their plasma and see if you can use it for other people who are seriously ill.

“Chloroquine has also been found in some tests to work outside the body what they call in vitro testing but if you swallow it and take it, whether it really works the same way as it works outside in a test tube, is not very clear.

“Most of the countries in this world depend on declaration from the World Health Organization (WHO), because it collates all these researches, studies them and then make a recommendation for countries to take.

“We are joining in some of the studies that WHO is organizing here in Lagos, and the Commissioner for Health is doing all he can to participate in the clinical trials for convalescent plasma, hydroxyl chloroquine, and the Azithromycin that is being used in France”.

Havertz does not want to move to Bayern this summer. He chooses between Real Madrid, Liverpool, Manchester City, Manchester United and Chelsea
Atalanta bought Pashalic from Chelsea for 15 million euros (Nikolo Skira)
Russia, Germany and Portugal qualify for the Champions League (Bild)
Barcelona will not buy Neymar for 175 million euros and will focus on the transfer of Lautaro
🔙 Spanish football will return for the second half of Rayo Albacete. The first one was played six months ago, when the match was stopped because of zozuli's insults
Ulreich doesn't want to be Bayern's third goalie. He can move to Schalke
Lionel Scaloni: Lautaro will get better playing with Messi. He has a great future, but we need to give everything we can
Source http://www.nigerianeye.com/2020/04/other-states-must-learn-how-lagos-is.html?utm_source=feedburner&utm_medium=feed&utm_campaign=Feed%3A+Nigerianeye+%28NigerianEye%29

Cultists kill one in Warri, as Ojobo community protest kidnap of doctor

FG bailout for aviation sector must not be jamboree —AMCON

Reopening of airports, flight resumption and its lorry load of uncertainties

COVID-19: ‘Why dentists should not shy away from service-delivery’

‘COVID-19, lack of family planning taking a toll on women’

How malaria can take a toll on you

A window to the world of religion

Post-Covid Nigeria: In support of a trado-cultural approach

Wike: Man with a new vision

Alao-Akala: Seventh decade of man of the people

Lagos to review land use charge

Gbajabiamila denies letter on extension of year of service for Clerk of NASS, other staff

Tinubu weighs in for Tina, Omozuwa, Jennifer, other victims

Fire And Fury In The States! By Ozodinukwe Okenwa

WHO resumes trial of hydroxychloroquine

George Floyd for burial in Houston as 4 Minneapolis cops charged

Olakunri: Trial Of Suspects To Continue At State’s High Court, Victim’s Driver, Two Others To Serve As Principal Witnesses

EPL: Berbatov tells Ighalo what to fight for at Man Utd

Orji Kalu out of prison [PHOTOS]