Musa started his career with GBS Football Academy and played for Kano Pillars between 2009 and 2012 before moving abroad.

Now nine years after, the Nigeria international is close to returning to Kano Pillars on a short-term basis.

The 28-year-old has been without a club since he left Saudi Arabian side Al Nassr by mutual consent in October 2020.

After failing to get a club in the January transfer window, the forward is looking to join Kano Pillars on a short-term basis to maintain his fitness.

According to Musa, the governor of Kano, Abdullahi Umar Ganduje and Shehu Dikko, Chairman of the League Management Company (LMC), proposed the move to him.

"After speaking with the governor and chairman of the LMC I am considering to play some games for Kano pillars," the former Leicester City player told BBC Sport Africa.

"Anything that improves the image of Nigerian football is something that I strive to embark on and Kano Pillars holds a special place in my heart.

"It's the team that helped me become the professional footballer I am today, so this is more than just football but a very strong bond." 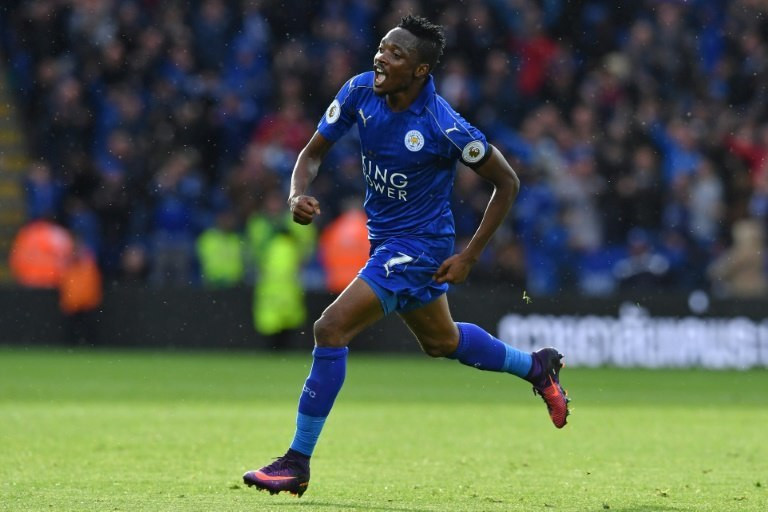 Ahmed Musa has played in the Netherlands, Russia, England and Saudi Arabia so far in his career

Musa has good memories of playing for Kano Pillars. In the 2009/2010 NPFL season, he scored 18 goals for Sai Masu Gida to finish as the top scorer.

At that time, the 18 goals he scored that season was the record for the highest goals ever scored in one season in the history of the NPFL until November 2011, when Jude Aneke of Kaduna United F.C. set a new record of 20 goals.

Musa, when the deal is completed, will bring significant coverage to the NPFL.

The forward has had a successful career playing in Europe. He first joined Dutch side VVV-Venlo from where he signed for Russian giants CSKA Moscow.

He won three league titles and three domestic cup titles in Russia before a switch to the then Premier League reigning champions Leicester City.

He had an underwhelming stint at Leicester City before moving to Saudi Arabia to play for Al Nassr.

As a Nigeria international, Musa has been a consistent figure in the Super Eagles setup since he debuted at the age of 17 in August 2010.

He was part of the team that won the Africa Cup of Nations (AFCON) title in 2013 and played in two FIFA World Cup tournaments where he scored four goals making him Nigeria's highest goalscorer in World Cup history.

He is also the third-most capped Super Eagles player with 96 appearances. Only Vincent Enyeama (101) and Joseph Yobo (100) have played more times.

Nigeria lost over 2000 citizens to worsening insecurity in 2021 – CSOs

Mr Ibu says he can do without sex for 2 years

Council commends Uzodinma for his proactive approach on security in Imo

Do not crucify us, criticize us constructively – Oyo Deputy Governor, Olaniyan begs journalists

Patricia has a new peer-to-peer feature! Here are 3 things to know

B-roll: African rugby teams are coming together to prepare for the Olympic Games and Olympic Repechage - Day 2

How our victory in 2019 rattled opposition parties ― Oyo deputy gov

Ministry to conduct elections into sports federations in September — Director

INTERVIEW: Why we established online radio station for Nigerians in diaspora-Toye Arulogun

Atalanta flatten Parma to return second in Serie A

COVID-19: No end in sight for pathetic India

Reality versus illusion: How religion poisons everything(3)

Our Society Should Accept Other Processes Of Childbirth – Actor Joseph Benjamin

‘President not in control’ – Clergy asks for Buhari’s resignation

We are not owned by Dangote ―Port management company

‘President not in control’ – Bishops ask for Buhari’s resignation

Nigerian youths may have misplaced their priorities — Daniel Ogoloma

New settlements, other areas get 770 additional polling units in Gombe

Nobody will be excluded from Kwara APC – AbdulRazaq

Sampaoli fumes after Marseille slip up at Saint-Etienne

Dare Adeboye: It is most foolish to die without Christ – Pastor Giwa

Police arrest two suspects over murder of colleague in Kano